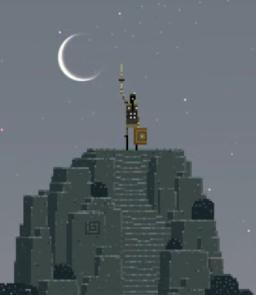 We find Swords and Sorcery in unusual places these days. When I was a kid you had to dig around in the 50-cent bin at the used book store until you unearthed a battered Lancer paperback, or a worn copy of Fantastic magazine. Sometimes it would show up at the supermarket in one of those spinning paperback islands, but good luck getting your mother to buy it for you. Too many lurid colors on the cover, too much nudity. Sword and Sorcery was something underground, forbidden, even dangerous, like pornography and posters of Weird Al Yankovic.

Not today. You can’t walk into a movie theater or game store without tripping over Sword and Sorcery. It shows up in Disney movies, in role playing games, and virtually every online multiplayer game ever made. It has permeated our culture, become strangely mainsteam. Just like Weird Al Yankovic. God help us.

But that doesn’t mean that the soul of Sword & Sorcery has been wholly compromised. It just means that if want to find the truly original, the weird and different, you need to wander a little farther afield. Look beyond the big budget titles, to those Indie games that are the modern equivalent of Lancer paperbacks and Fantastic magazine. Games like the amazing Superbrothers: Sword & Sworcery EP.

On the surface Sword & Sworcery looks like a point-and-click adventure game, circa 1995. But the artistic design and innovative touches make this unlike any game you’ve ever seen. You play as a warrior woman named Scythian, on a mysterious mission that’s not entirely explained up front. The retro graphics look crude at first, until you notice the incredible details — bushes that shift in the wind, the small forest animals that dart out of your way. Like most point-and-click adventures there’s a lot of text to read, but here the text is charming and occasionally laugh-out-loud funny. Early in the game you encounter a girl (named Girl), a woodcutter (Logfella) and their dog Dogfella. Clicking on the dog rewards players with this message:

Logfella knew all about our woeful errand & he agreed to lead us up the old road. Still we definitely got the feeling that he wasn’t super jazzed about this.

No review of Superbrothers: Sword & Sworcery EP (what does the EP mean?) would be complete without mentioning the music of Jim Guthrie, a crucial component of the whole experience. The first time you face a monster in combat, you’ll know what I mean.

Superbrothers: Sword & Sworcery was developed by Capybara Games, and released on April 16, 2012, for both the PC (via Steam) and iOS platforms (Mac, iPhone and iPad) for $4.99. Learn more at their website.

I’m assuming EP is meant to stand for “extended play”, because the game is sort of designed to be like prog rock in video game form, with side A being the “real world” and side B being the “dream world”.

I got this as part of the last Humble Indie Bundle and thought it was interesting. The backgrounds are gorgeous, although I would have liked less abstract visuals for the main characters. I felt the game probably is more fun on a mobile platform than on a PC, which is how I played it, because the controls just seemed optimized for a phone. The opening in particular, in which you have to enter the creepy temple and then escape from the skull-faced guardian, is great at evoking the S&S flavor. I also can’t think of any other games that encourage you to play them according to the phases of the moon. The real moon, not a virtual one.

I think the Thief games are the best games ever at being S&S.

Thanks for the comment Andy — and for the shout-out for the THIEF games! And you’re absolutely right, they were a classic distillation of a lot of the themes of S&S into video games.

The entire collection is just $12.99 at Amazon:

Just to be clear, because I know my first message was kind of rambling and not very coherent, I did enjoy the game!

One of the stand-out moments for me was when I started using my sworcery and somehow made a rabbit explode by clicking and holding on it too long. I love animals and felt very remorseful but that was certainly an unexpected surprise.

The game is filled with a lot of surprises… although I admit that one’s new to me!