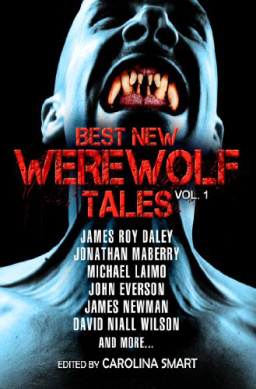 It’s Thursday, so I must be Goth Chick. Sadly, I am not. Last night Goth Chick received reports of a possible sighting of the Jersey Devil in Skokie, Illinois, and she immediately leaped in the Gothmobile to investigate. At the moment, she’s diligently exploring the back alleys of the Chicago suburbs with an EMF detector and a Piña colada.

Frankly it all sounds dubious to me, but maybe that’s because I’m left holding the bag for the Thursday blog entry. “Uphold my fine journalistic standards — I will countenance nothing less,” said her last text. Had to look up “countenance,” which didn’t bode well.

Luckily, Toronto-based Books of the Dead Press came to my rescue with a well-timed announcement this week, promoting six new releases.

Founded in 2009, Books of the Dead Press is one of the most active small presses around. They’ve already released eight books this year; some of their recent titles include Berserk by Tim Lebbon; Husk by Matt Hults; Gary Brandner’s The Howling Trilogy, Pain Cages by Paul Kane, Badass Zombie Road Trip by Tonia Brown, and the Zombie Kong anthology, edited by James Roy Daley.

But the title that really grabbed my attention was Best New Werewolf Tales, Volume 1, edited by Carolina Smart, which was released in paperback and Kindle format in May. Following on the heels of their popular anthologies Best New Zombie Tales and Best New Vampire Tales, this one contains “more than 100,000 words of ferocious, slavering, hairy horror” from Jonathan Maberry, Michael Laimo, John Everson, James Newman, David Niall Wilson, and many others — 20 short stories altogether.

The fiction appears to be all new (not reprints). The cover art is by Carl Graves. You can find the complete Table of Contents at the Books of the Dead website here.

“Ferocious, slavering, hairy horror.” That’s gotta be better than whatever Goth Chick finds in Skokie, no matter how good that EMF detector is. I tell you, good things come to he who waits. And who patiently checks his e-mail.

Best New Werewolf Tales is available for $9.99 in paperback and $3.49 in Kindle format. You can purchase both at their online store.