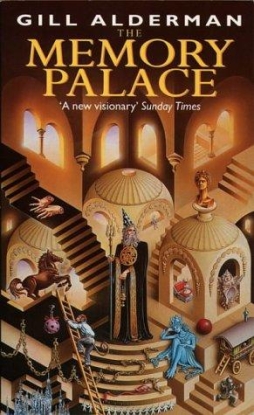 Sometimes, you need to grow as a reader to be able to appreciate a certain book. In 1996, I bought a paperback fantasy novel called The Memory Palace, by Gill Alderman. It was a whim, I suppose; maybe something about the cover appealed to me, or more likely something in the synopsis on the back, promising a story about a fantasy writer who gets lost in his fictions and confronts an archmage of his own making. Whatever the reason, I started in on it, swiftly lost interest, set it aside, and only came back to it sixteen years later.

I was 22 or 23 when I first tried to read The Memory Palace. I can see now why I didn’t respond to it — to start with, the main character’s middle-aged, with a middle-aged man’s fears and desires, and I suspect that was difficult for me as a younger man to parse, never mind relate to. The novel has a low-key opening, as well, which may not have helped; but the tone and emotional terrain I think has to do with a certain maturity, a certain perspective that comes with age. By no means do I think it’s impossible for younger readers to enjoy or appreciate the book, but I have to admit I’m not surprised it didn’t make an impact on me personally at 22. At any rate, the other week I came across it again and decided to give it another try. I’m very glad I did.

This book isn’t just good, it’s brilliant. I genuinely wonder why it didn’t win major awards in and out of the fantasy field. (I note that it was nominated for the 1996 BSFA Award for Best Novel, and made the long list for the 1996 James Tiptree, Jr. Award.) 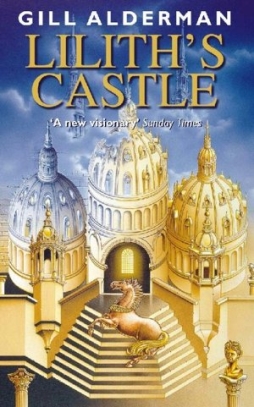 Guy Parados is a bestselling fantasy writer with a wife and several children, both legitimate and illegitimate. A postcard informing him of the existence of a previously-unknown bastard son leads him on a journey back to an old lover, which in turn leads to stranger and stranger things. His story becomes overlaid with a story from the world he writes of, the story of a man named Koschei, obsessed with a beautiful wizard-woman; Parados remembers and sometimes retells Koschei’s tale as he himself becomes involved in a dreamlike saga of sex, mutilation, and 19th-century witches returned to life.

The book is powerful, allusive, and rich; also literate, intelligent, and crafty. You have to follow it carefully. The dense imagery presents magic and the fantastic in unexpected ways, so that a man might change into a crane in the middle of a sentence, without the transformation itself being described. There’s an intensely dreamlike feel to it, but also a weird knowingness; maybe a bit like John Fowles, but at its best rather more like John Crowley.

I can’t find out much about Gill Alderman. The author’s bio in the book tells me that she was born in Dorset, and (as of 1996) was married with two daughters and five grandchildren. She and her husband lived in Ireland, and she used to work in microelectronics research. That, and the existence of three other books, is as much as I can find. One of those books, Lilith’s Castle, is apparently a sequel to The Memory Palace, which ends in such a way that a sequel, though not absolutely necessary, is welcome. 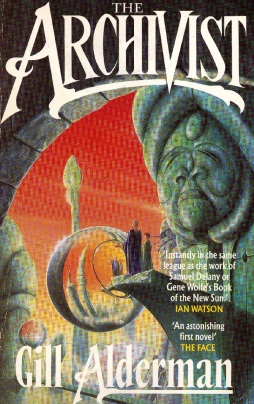 It is a difficult book in many ways. Not everything that happens in it is explained. The transformations the characters undergo are so fast, so unexpected, they can be difficult to follow. And the characters themselves tend to take up and drop motivations unexpectedly. But none of these things, to me at least, feel unrealistic; they feel dreamlike, more real than real. Alderman’s skill at maintaining that mood is one of the many notable things about the book.

Her setting, her fantasy world, is another. The glimpses we get of that world, and of its inhabitants, are powerful and original. Alderman borrows motifs from myth, but reshapes them intelligently into her own creations. There are green men and lamiae and dwarves, but not quite like any that we knew. There’s an Elizabethan lushness to this world; Alderman draws inspiration most notably, and obviously, from Shakespeare — though Keats is also an acknowledged influence.

That sense of myth and language comes through ever more powerfully as the narrative unfolds. Alderman’s characters remain credibly enigmatic at the same time as we see their fantasies and dreams made manifest. It seems oddly inaccurate to praise her character development, as there’s nothing conventional in the way she builds her central characters, and yet I come away from the book feeling as though I’d been intensely imaginatively involved with at least one character in a way that I rarely find. 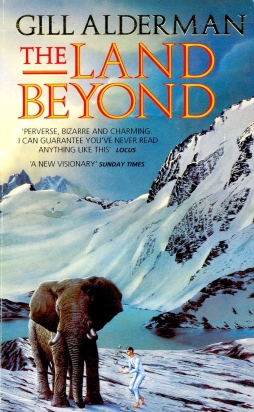 The book, as I read it, is about art, love, desire, how art and sex coexist in memory and life, and how desire can turn rotten with time. It’s strong stuff. Alderman’s characters go through incredible trials. In a fairly heavily sexualised story, it’s interesting that her main characters are male; in fact, her female characters tend to be mysteries, if powerful mysteries.

The fantastic aspects of the book grow slowly, as the tale’s atmosphere develops. Unlike most books I can think of that cross fantasy and reality, Guy Parados doesn’t ‘translate’ into his fantasy-world until fairly late in the story. If that’s an unconventional plot choice, it’s also highly successful. Two worlds are built alongside each other, both gaining in solidity and the sense of independent existence, before they’re brought together. Of course, any writer builds a world for their story as the story’s told; some of those worlds happen to be attempts to mimic the world in which we live. Alderman creates two worlds out of language, and both are convincing and unexpected.

That sense of the unexpected includes an avoidance of thematic cliché, of concern with any abstract sense of Good and Evil. One can of course write powerful works about good and evil, but bad fantasies often tend toward improbable extremes: villains who’re too clearly villains, heroes too simply heroic, a moral schema too easily defined. There’s none of that in The Memory Palace. The book has other concerns. It’s not that Alderman ignores the moral impact of her characters’ decisions, but there’s no ungrounded idealism in the book. Characters don’t do evil things because they’re villains; they do things that hurt other people because they’ve privileged their own desires above anyone else. So while by the end of the book there is in fact a quest to overthrow a mad archmage, that quest turns out in no way one could expect. Overall, the book makes a convincing case that character matters as much as the fate of a world; or, as in this case, the fate of a character is the fate of the world.

The Memory Palace is a challenging, mature work. But, while it seems to me to have most to say to readers past the first blush of youth, it is no way a quiet or autumnal book. It’s brutal at times, beautiful at others, sometimes both together. And it’s animated all the way through by a powerful imagination. I don’t know how easy it’ll be to find, but I recommend it highly — and will start looking for the sequel.

I’d never heard of Alderman. She’ll certainly be going on my TBR list now. Please do tell us your impressions of her other books, when you find them.

I remember starting The Archivist and not liking it way back when. But, like you with The Memory Palace, I was probably too young for it.