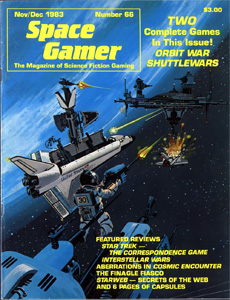 Last month I wrote a lengthy blog post about Sword & Sorcery, a lavish fantasy board game published by SPI over three decades ago. In the comments section the topic soon turned, as it often does with us old-time gamers, to TSR’s purchase of the bankrupt remnants of SPI in 1983. Christian Lindke, a long-time reader, had some particularly astute observations:

While it is easy to blame TSR for what they did to SPI — and they deserve a lot of blame — one should keep two things in mind. First, when they purchased SPI it was in dire financial straights and would likely not have survived. Second, they had hoped to keep SPI’s staff, but those staff members refused to work for TSR — for varied reasons — and left to form the Victory Games studio over at Avalon Hill… A massive resurgence of publishing of SPI games happened under Lorraine Williams. We would never have seen the SPI monster TSR World War II game, or Wellington’s Victory, Sniper (including BugHunters), let alone the 3rd edition of DragonQuest…

There is an excellent issue of Fire and Movement, printed by Steve Jackson Games, that goes over the purchase of SPI.

I asked Christian if he could track the issue down, and he did more than that. He wrote an extensive and excellent blog post on the topic, and in a good bit of investigative reporting he tracks down a series of articles in Steve Jackson’s Space Gamer magazine that reveal more extensive details.

But it was this bombshell at the bottom of Christian’s article that I personally found much more startling.

On an interesting note, as I was looking through old The Space Gamer issues I found a letter by a John O’Neill of Ottawa, Canada in issue 66. I’m going to take a huge leap here and say that the John O’Neill in that 1983 letter is the publisher of Black Gate magazine. Why would I make such an assumption? Just look at the first two paragraphs of that letter:

“In an age of man now only distantly remembered, there existed a magazine which the good people in the land of Fandom did enjoy. But lo, there came a day unlike any other day, when the Powers That Be sent a lightning bolt to rend asunder that magazine. From the fragments of the one there emerged two magazines, and the Powers That Be told the people of Fandom to partake of them…”

Who, but the future editor of a Sword and Sorcery magazine, could write such a letter?

Yes, I’m certain I did write that letter, though I have absolutely no recollection of it. For one thing, that second sentence is totally stolen from the first issue of The Avengers, and that’s me in a nutshell. And it refers to an announcement I cared very much about at nineteen: The Space Gamer was splitting into two magazines, Space Gamer and Fantasy Gamer. I was a subscriber to TSG, and I immediately subscribed to both new magazines.

If I ever knew my letter was printed in Space Gamer 66, I’ve long since forgotten. My copies are currently in storage, somewhere, in the Cave of Wonders (aka the basement). But I experienced a rather peculiar thrill to discover that time capsule from 1983, and it may be worth an expedition to find it. Thank you, Christian!  I owe you one.

[…] first encountered his name in the early 80s,on the masthead of my favorite gaming magazine, Space Gamer, where he seemed to do just about everything — circulation manager, assistant editor, and […]