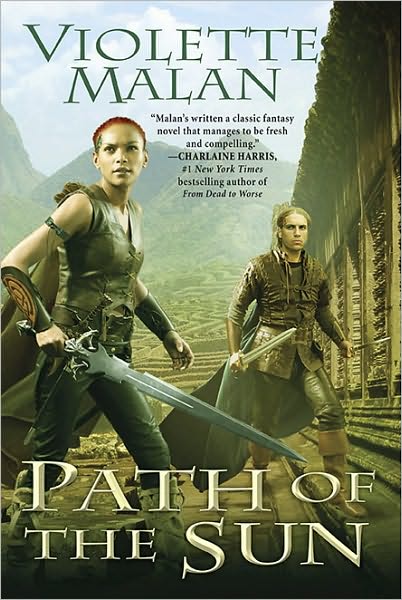 After meeting Violette Malan at ConFusion in Detroit a few weeks back, I wanted to find out a little more about her take on the genre near and dear to my heart, sword-and-sorcery. I asked her if she’d be interested in dropping by Black Gate to say a few words about how she approached her own work in the field, and here’s what she had to say:

When I found sword and sorcery in my teens, there weren’t a lot of strong female protagonists for me to relate to. Jirel of Joiry comes to mind, maybe Red Sonya – but they were already very old by the time I got to them. When I think now of the books and stories I read then, I’m hard pressed to come up with female characters, let alone female protagonists. There must have been some. You know, needing rescuing or marrying or something, but I didn’t find them memorable then, and I don’t really find them memorable now. Okay, I do remember the women that Fafhrd and the Grey Mouser loved, they were well-drawn, significant people. But we all know what happened to them, don’t we? They pretty much continue the tradition of female characters in western literature: if it’s a comedy they marry, if it’s a tragedy, they die. (Hint: for all their humorous elements, the F&GM stories aren’t comedies)

Flash forward a few years and I’m a writer of sword and sorcery, not just a reader. I’m a woman, living in a post-feminist western society, a person who’s written feminist literary criticism (okay, on 18th-century pastoral poetry, but it still counts). Now I get to actually create the kind of female characters I used to imagine when I was young. Protagonists, mind you, real, more-or-less human women. Not the good (or evil) fairies, queens, and goddesses that sociologists and feminist critics call examples of women as “other”.

How was I going to do that? Keeping in mind that – unlike the men – I didn’t have a lot of models I could use as a guide. And keeping in mind that I wanted to avoid either caricature, or cliché. (I think the phrase “no chain mail bras” will cover what I mean by that). I’m not going to talk about how a writer goes about forming any strong character – there are certain elements that apply no matter who or what the character might be. Instead, I’m going to address my own particular dilemma, how to create a strong, female, sword and sorcery protagonist.

By “strong” we don’t generally mean physically, do we? We mean those elements that make a character believable, compelling, sympathetic, memorable. But when we’re dealing with S&S fantasy, we need to think about the other kind of strong as well. Bottom line, there are things that women can’t do, or can’t do easily, because they have less muscle mass than men. Hence the witch/goddess/queen tendency among pre-feminist writers. Even if you make your female protagonist relatively large, someone will still tell you that a 5’10” woman can’t lift the same sword/axe/mace that a 5’10” man can. 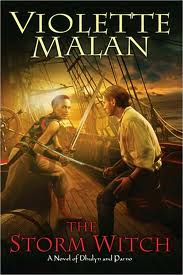 But think, the Grey Mouser is a small, slim man, with much less muscle mass than say, Fafhrd, or Conan. A 5’10” woman can’t wield the same sword, but she can wield a sword, and she could use that sword to whup same-size-guy’s ashcan, if she is, like the Mouser, very, very good. My sensei used to say that women often excelled in traditionally-taught martial arts because they matched so well the smaller, less muscular man for whom the arts were originally designed. Western men tended to rely on their size and strength, where women, like my 67-year old sensei, had to rely on skill, and guile.

Okay, so we can deal with a woman’s physique, we can make her into a believable killing machine. “STOP!” many will say. Women aren’t killers, they’re nurturers, loving, caring givers. (To which I say, “Have you met my mother?” But that’s another story). As far as I’m concerned, the nurturing thing is as much a social cliché (or cultural brand, if you prefer) as the idea that poison is a woman’s weapon. It’s far more accurate to say that, with regard to either nurturing or poisoning, some do, and some don’t.

So what does this mean when it comes to creating the personality of a strong, female S&S protagonist? Well, for one thing I don’t have to make her a mother, or a big sister – though I could if I wanted to. But surely there’s some way that male and female people actually differ? In the same way that men and women have hardwired physical differences, don’t they have hardwired personality differences, that have to be taken into account when creating any female character? I think so. In the same way that women are, generally speaking, smaller, less muscled, and have a higher tolerance for pain, they are, (according to some studies), better communicators, more analytical, with a stronger sense of community, and more likely to take the long view. Yes, I know we all know people of whom this isn’t true (please see above reference to my mother). Social training can enhance or suppress these traits, but the point is that, generally speaking, the traits are there.

So I can make my protagonist, Dhulyn Wolfshead, a finely trained and highly skilled Mercenary, with a life membership in a society that’s a cross between the Samurai and the Musketeers. A person who would have no hesitation to kill if she found it necessary, but who makes sure that she does find it necessary. She can be a great strategist, a good teacher, but is really only fond of her own Partner, and her fellow Mercenaries. Of people in general, she hasn’t a great opinion. But that might be because she reads a lot.

But wait a minute. What was that about social training? It’s been safe to say that how women are seen/see themselves is pretty much a function of how their society sees them. And that’s a big shovelful of help to a writer like me. Because it means that all I have to do to make my female protagonist realistic and consistent, is create a society that accepts her the way I want her to be. But I think I’m straying into setting and world-building here, and that’s a totally new topic.

Violette Malan lives in a nineteenth-century farmhouse in southeastern Ontario with her husband. Born in Canada, Violette’s cultural background is Spanish and Polish, which can make things interesting in the kitchen. She has worked as a teacher of creative writing, English as a second language, Spanish, and choreography for strippers. Her most unusual job, if you don’t count writing fantasy novels, was translating letters between lovers, one of whom spoke only English, the other only Spanish. Her novels are available from DAW.

[A]ll I have to do to make my female protagonist realistic and consistent, is create a society that accepts her the way I want her to be.

Nicely compressed. I once spent several paragraphs trying to get that across to one of my beta readers. (The one I rely on to tell me when I’ve got the martial arts stuff wrong, so he’s indispensable.)

This is obviously wrong, but I don’t expect to convince you otherwise.

“My sensei used to say that women often excelled in traditionally-taught martial arts because they matched so well the smaller, less muscular man for whom the arts were originally designed.”