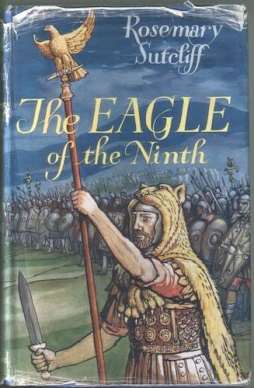 What I know about Rosemary Sutcliff:

She was born in 1920. At age two she was struck by a terrible form of juvenile arthritis; she was in a wheelchair most of her life. She didn’t learn to read until she was nine, but was read to by her mother — Dickens, the Mabinogion, Kipling, King Arthur, Robin Hood. She became a writer in 1950, with a book drawing from those tales: The Chronicles of Robin Hood. In 1954, she wrote a book about Roman Britain, The Eagle of the Ninth, that became the first of a well-known series. She died in 1992.

I recently read The Eagle of the Ninth. And as a result of that I know this, too: I will be reading more of her work, in the very near future.

The Eagle of the Ninth follows Marcus Flavius Aquila, a Roman Centurion assigned to Britain in the second century AD. Wounded in battle, he’s discharged from the military, recovers, and eventually begins a dangerous quest into the mysterious lands north of the Roman walls — into the wilderness haunted by strange tribes of barbarians. 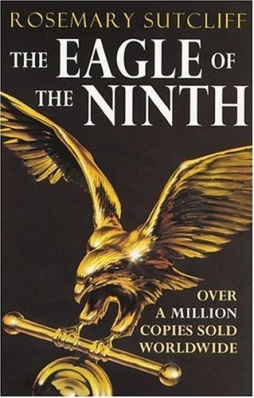 The Eagle of the Ninth lives in its atmosphere. Sutcliff powerfully catches both everyday Roman life and the beauty of ancient Britain. Her use of detail is effective, and her descriptive prose is powerful and suggestive. Reading the book, I was caught again and again by glinting moments of terrible beauty; by her ability to conjure up vistas of ruined fortresses and mist-covered landscapes. At different times, and for different reasons, I found myself thinking of first Tolkien, and then, oddly, Robert E. Howard.

Tolkien is to some extent an obvious point of comparison. The Eagle of the Ninth was published in exactly the same year as The Fellowship of the Ring. Both books feature a quiet, intelligent protagonist leaving his civilised home to quest through wild lands with a true friend of lower social status, seeking to prevent the collapse of the old order. There’s even a ring featured prominently in both tales.

More than this, though, is the sense of landscape, and particularly how the land fuses with history and culture. Sutcliff’s imagery isn’t as dense and developed as Tolkien’s, but there are similarities in the way she can express emotion through the use of a natural image. Or, perhaps, the other way around: in the way her sense of nature allows her to express emotion and meaning in a more complex way than direct utterance. 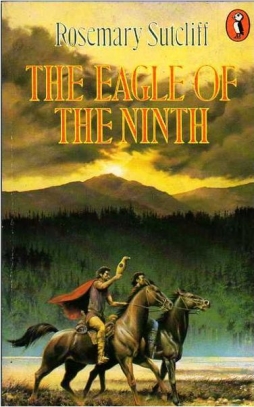 Thus Tolkien. The similarity to Howard is more subtle, and I freely admit another reader might not have the same reaction. But something about her work recalls the Howard who wrote historical fiction. Sutcliff’s prose isn’t so driving, and her characters aren’t on Howard’s heroic scale, but I’m reminded of him by her sense of detail, and something unyielding in the way she describes war and men of war.

Principally, though, I think what called Howard to mind was the bleakness that underlies her story. Her resolution’s not unlike “Beyond the Black River” — the hero has some success, but the broader war can’t be won. We know Rome falls. We know the barbarians will overcome the Roman towns. We can be caught up in the tale for the moment, but that historical fact lends the whole thing a specific kind of grimness.

Here’s a paragraph from late in the book that may illustrate some of what I mean:

In the last flush of the evening they came upon the ruins of a broch, one of those strange, chambered towers built by a forgotten people, perched like a falcon’s eyrie on the very edge of the world. They made camp there, in company with the skeleton of a wolf picked bare by ravens.

The beauty of these two sentences strikes me deeply. This is only an incidental moment in the book, but part of what makes the novel so fine, I think, is the way Sutcliff can catch a memorable image by the way. At any rate, the passage is also an example of how the book reminds me of Tolkien and, glancingly, of Howard. 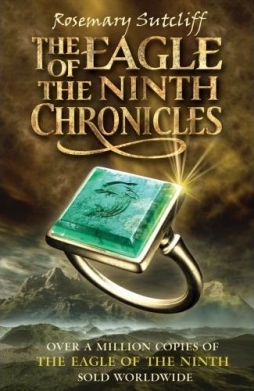 A precision of vocabulary akin to Tolkien’s is there — broch, eyrie — and perhaps something like his rhythm as well. More deeply, there’s the mixture of natural imagery with the history that belongs to the land. The sense of time stretching away backward across forgotten eras is there, as well, the sense of the individual characters as the latest manifestations of an ongoing process, and indeed of a process that’s winding down.

That sense of decline is to some extent present in Howard’s more expansive stories. Here, specifically, the image of the wolf skeleton picked bare by ravens has something of the grimness of Howard — not only the image itself, but the slightly macabre touch of juxtaposing it with “They made camp there.” There’s a bareness to the sentence. The image needs no detailing. The thing itself carries the emotive weight.

Having said all this, there are two points I want to emphasise. The first is that The Eagle of the Ninth was meant for young readers, and therefore has a certain simplicity of tone, although it can certainly be read with pleasure by people of any age. According to this perceptive article, Sutcliff said “I don’t write for adults, I don’t write for children. I don’t write for the outside world at all. Basically, I write for some small, inquiring thing in myself.” I can believe it. 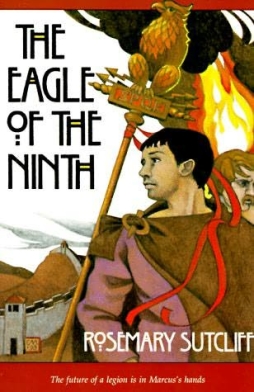 The second thing is that for all the similarities I found, Sutcliff is also distinctively her own writer. I think her sense of history is her own, and her sure use of history is bracing. She invents what she needs, and brings to convincing imaginative life all that there’s evidence for. The smell of peat smoke, or the slant of light in a Roman villa, are evoked convincingly. She builds a world out of details, making her setting tangible, physical, and real.

I will say that when reading the book it’s hard not to see her Romans as Imperial British. The sense of hierarchy, the relationship with the natives, the colonial politics and relationship of periphery to metropole — to some extent these things may be constant across empires, but the feel here recalls Kipling or perhaps Haggard. It doesn’t hurt, of course, that Sutcliff’s writing about an empire in decline. That said, it also calls to mind Conrad, and his evocation in the opening pages of Heart of Darkness of “the utter savagery” of Roman Britain. Sutcliff seems to have taken Conrad’s brief atmospheric reverie and run with it.

As I said before, Sutcliffe’s own distinctive sense of atmosphere carries the book. The plot’s strong enough, but simple and somewhat episodic. Sutcliff takes her time allowing it to develop, as well, a good choice but one that works because she’s able to bring the setting to life. We come to sympathise with Marcus, and to understand his world, so that when the story really begins, when adventure comes to him, we’re ready to follow him northward into the unknown. Into the land of mysterious fallen fortresses, of unnamed glens and lochs, of villages of painted people. 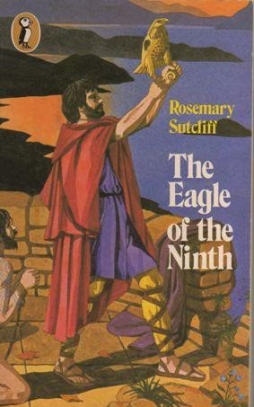 Oddly, though, perhaps the strongest single scene in the book has little of the physical to it. There’s a kind of spiritual struggle in the underground darkness of a barbarian holy site that has a power beyond any easy explanation. It seems to highlight the way Sutcliff borders on the fantastic — not using it explicitly, not directly, but allowing the reader’s imagination to work on hints and implications. The book isn’t fantasy, but allows the characters to accept the unknown and the mystical. That’s their world. That’s what they understand.

And that understanding, I feel, helps bring out the themes of the book. The light against the dark, civilisation against barbarism. And the power of the land: Marcus is shaped by what he finds in Britain, and shaped by the country in which he must adventure. To some extent, it’s a book about finding a home; about place, and becoming part of a place.

Beautiful review! I watched the movie and wasn’t tempted to read the book. Now, it’s top on my list. Thanks!

I have yet to read Sutcliff but I became aware of her work because she seems to be very big with Howard fans, so from that perspective your connecting her work to Howard’s seems appropriate.

Thanks for pointing out these books! Will add them to my reading list.

Rosemary Sutcliff’s The Eagle of the Ninth | Echoes of Tolkien and Robert E Howard? From the Black Gate blog « ROSEMARY SUTCLIFF | the eagle of the ninth book | the eagle film | about books, reviews, film, tv, radio, quotes