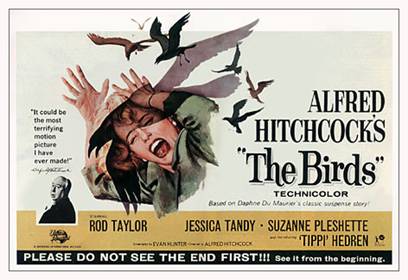 There are those who will maintain that in order to call yourself a “fan” of something, you must be a complete expert on that topic.

I, however, would not be one of those people.

Those bits of trivia I retain about my favorite subject matters is sheer coincidence born of seeing, hearing or reading it multiple times until it stuck. Because of this there has been more than one incident where I inadvertently insulted a “real fan” of said topics by not being immediately aware of some “critical” bit of information related to them.

I am about to commit this exact sin, so if you’re one of those “real fans” of Alfred Hitchcock, then you may want to avert your gaze before you are forced to slam your keyboard down in disgust.

I consider myself a fan of Hitchcock’s films.

Meaning I have seen all the movies multiple times, own them all on DVD and seek them out whenever they play in old movie houses or drive-ins. 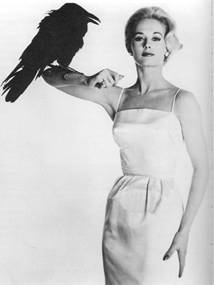 Watching them makes me happy.

Of these, there is a smaller subset which are my favorites, and paramount on that list is The Birds. I will go so far as to say The Birds is in my top five favorite movies of all time.

Other than telling you it’s one of my all-time favorites and that I have a personalized, promotional photo of Tippy Hedren hanging in my office, I haven’t much to add.

I recently learned that the plot of The Birds is based on actual events which until last month have remained a complete scientific mystery for over five decades.

Hitchcock was expected to top himself after the sensation of Psycho, and finally settled on filming a doom-laden story by Daphne du Maurier entitled” The Birds.”  But, Hitchcock was also inspired by various stories of bird attacks, including a news story of a fog-displaced migration wreaking havoc on the small town of Santa Rosa, CA, where he had filmed Shadow of a Doubt.

On 18 August 1961, a Californian newspaper reported that thousands of “crazed seabirds pelted the shores of North Monterey Bay, California” regurgitating anchovies, which is disturbing enough in its own right. 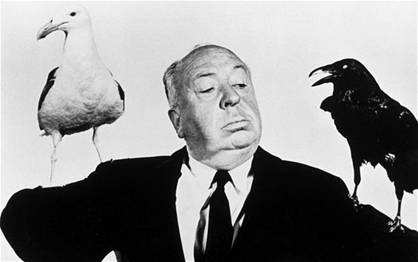 Hitchcock was a frequent return visitor to the scenic area where he had previously worked and though reports conflict, some say he was staying at a local hotel that August and witnessed the carnage first hand.

One account even places him there for the explicit purpose of scouting locations for his upcoming film shoot for The Birds.

Whatever the actual chain of events, Hitchcock did use this incident as inspiration for some of the movie’s more terrifying scenes and placed his protagonists in the small, nearby town of Bodaga Bay, CA.

And now, there’s this.

In December, 2011, Louisiana State University ocean environmentalist Sibel Bargu co-authored a study indicating the birds back in 1961 were reacting to toxin-producing algae, and that it appeared that the birds had been suffering from poison. 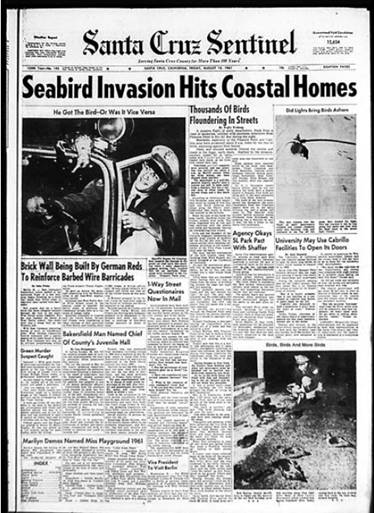 The researchers looked at the stomach contents of turtles and seabirds gathered in the affected area (they keep this stuff hanging around for 50 plus years?) and found toxins that cause nerve damage present in 79 percent of the plankton the creatures had eaten.

In the study which was published in the journal Nature Geoscience, Bargu states the toxins contained “a nerve-damaging acid, which causes confusion, seizures and death in birds.”

“All the symptoms were extremely similar to later bird poisoning events in the same area,” Bargu said.

Another researcher on the project told USA Today that leaky septic tanks from newly developed homes may have “fed the toxic algae.”

Hitchcock purposely ended The Birds without ever explaining what caused the attacks because he felt it made the events more terrifying.

But even though we now have an answer to the mystery, I can’t help being creeped out by the idea of thousands Chicago pigeons suddenly going rogue because of eating drainage pipe carp.

Now, if we could only figure out why Norman’s mother was such a control freak…

Have a question or comment? Do you know Mrs. Bates? Post here or drop me a line directly at Sue@blackgate.com.

Santa Cruz is a beach town a couple of hours south of Santa Rosa. In 1997 or so, I was vacationing at Seaside, California, about ten miles south of Santa Cruz. All of a sudden the sky darkened and for ten minutes or more literally thousands of birds passed over heading north. I don’t know how wide their group was but it obscured most of the sky. They flew over the ocean close to the shore and didn’t land but it was eerie and I thought of the movie. I don’t know how often that happens but the people around me didn’t seem to be concerned. BTW, I thought Daphne Du Maurier’s version of the story was scarier.

Goth Chick, as an owner of all the DVDs, perhaps you can help me.

One of the DVDs contains an extended teaser for the The Birds. It’s a few minutes of Hitchcock doing at his deadpan humorous best, naively being very cruel to birds, and then wondering what all the ruckus outside is. It’s probably the funniest thing I seen Hitchcock do.

Do you know which DVD that’s on? The Birds is one of the few Hitchcock movies I haven’t seen, so I didn’t see it on that DVD.

You are SO in luck. Universal Studios is preparing to release a remastered version of The Birds on Blu ray sometime soon. Though they aren’t saying precisely when, it’s available for pre-order from Amazon right now. Word on the underground grapevine is that this new version will contain such gems as screen tests from Tippi Hedren and that extended trailer you’re looking for.

Until then, you can watch it here http://www.youtube.com/watch?v=_SgdSK3To2M.