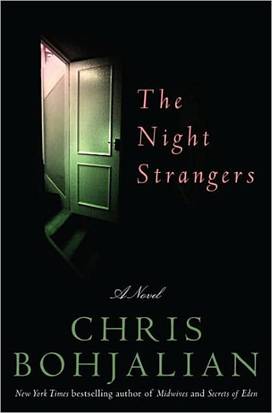 Until recently, reading on a plane was one of my personal joys.

As an electronics geek (admitting it is the first step) it is a rare thing indeed for me to find myself in an environment where connectivity isn’t possible.  Okay, I know that some flights are now offering Internet in the sky, but I prefer to ignore this for the time being in the name of preserving the one place where I can guiltlessly escape email, IM and my cell phone.  And though it is still possible to “work” while disconnected, I generally ignore this as well and relish the opportunity to sink uninterrupted into a novel.

And this was precisely what I did on a recent getaway to my favorite US destination; New Orleans.  I boarded the American Airlines jet and settled back in my window seat with Chris Bohjalian’s fourteenth novel, The Night Strangers.

We had only just pushed back from the gate when the plane came to a rather abrupt halt and the engines shut down.  The pilot’s voice sounded a tad embarrassed when he explained our aircraft had just experienced an “electrical abnormality” and mechanics were being called to look into the issue before we would be cleared to take off.

Now, as someone who has clocked countless hours on airplanes, this “electrical abnormality” didn’t concern me all that much.  I imagined that some unexpected red light was blinking away in the flight deck that probably wouldn’t have meant much if it had occurred aloft, but as it had started up while we were still on the runway, the crew was obligated to halt our journey and have it looked at.

I went back to The Night Strangers.

In case you’re not familiar (I certainly wasn’t prior to picking up his latest book), Chris Bohjalian is a New York Times bestselling author, and his latest outing The Night Strangers is a ghost story inspired by both a door in his basement and Sully Sullenberger’s successful ditching of an Airbus in the Hudson River. 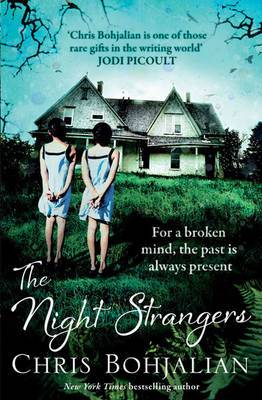 I knew this much before I took the book on the plane with me.  I mean, I’m not exactly drawn to warm fuzzy tales to begin with, and the fact that this ghost story somehow included the famously successful landing of an airplane on water didn’t give me any pause at all.

The operative word in the description of that incident was successful; as in everyone got out alive.

So when beginning on page 3 of The Night Strangers, Bohjalian launches into a disturbingly realistic description of an unsuccessful ditching, and let me stress the word realistic in here, I suddenly wasn’t feeling so good.

Maybe they’ll just roll us back to the gate and let us off the plane.

What I learned later was that Bohjalian’s realism stemmed from extensive research.  As he described on his website:

I read a disturbing number of black box transcripts from doomed airliners, watched a lot of terrifying NTSB computer animations of crashes and interviewed pilots. But the most important thing I did to add authenticity to the novel was to visit Survival Systems in Groton, Connecticut.

There I climbed into a flight suit, got strapped inside a Modular Egress Training Simulator and lowered into a 100,000-gallon tank of water. I was rolled 180 degrees so I was upside-down. The point of this, other than determining if my flight suit should have a diaper, was to get a taste of what it’s like to exit a plane that has just crashed in the water.

The METS is a cylinder that resembles an aircraft cabin. It has interchangeable exits, so Survival Systems can replicate egress from most types of fixed- and rotary-wing aircraft. The device is lowered into the tank, submerged underwater and then rolled upside down or to an off-angle, depending upon the scenario. The ceiling can be set on fire because, let’s face it, when your plane has become a lawn dart, there’s a chance that something is ablaze. 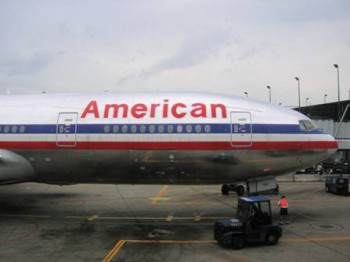 “This is your captain speaking; the mechanics have cleared us for takeoff so we’ll be getting underway immediately.”

Being a fan of nearly all manner of scary reading material it isn’t often that any story evokes real discomfort in me.  But I’ll hand it to Bohjalian; he did more than a fine job of capturing the horror and panic that must accompany a mid-air failure of a jet, not to mention when this happens over a large body of water.  Bohjalian’s plane was downed when it encountered a large number of geese just after takeoff.

And oh look, there’s Lake Michigan right down there.

I sat motionless and barely breathing until the pilot announced we had reached our cruising altitude and apologized for the departure delay.  Then I devoured the rest of this gripping tale before reaching my New Orleans destination.

The Night Strangers story line follows a troubled trail. When pilot Chip Linton is forced to ditch his regional jet in Lake Champlain (could just as easily have been Lake Michigan) due to double engine failure (or an “electrical abnormality?”) he and his wife Emily move to a rambling Victorian house in northern New Hampshire with their ten-year-old twin daughters hoping to rebuild their lives.

Unlike Sullenberger’s successful water landing, most of the people aboard Flight 1611 perish on impact or drown. The body count?  Thirty-nine — a coincidence not lost on Chip when he discovers a door in the basement of their new home that leads to nowhere, sealed shut with exactly 39 six-inch-long carriage bolts.

As he struggles to cope with the aftermath of the crash, Chip soon finds himself haunted — first by the litany of what-ifs and then by the passengers and crew who died in the water.

Meanwhile, Chip’s wife is wondering about the strange women in this sparsely populated White Mountain village, self-proclaimed herbalists, and why they are so interested in her fifth-grade daughters. Are they mad?  Are they really making tinctures in the greenhouses that populate the town, or are they practicing witchcraft?  Or is it her husband, in the wake of the tragedy, whose grip on sanity has become desperately tenuous?

The plane crash that opens The Night Strangers gets relived multiple times over the course of the story as Chip’s mind bends under the stress and guilt.  But by that time I was too engrossed in trying to figure out who the good and bad people (and ghosts and witches) were and how this mess was going to come out, that it didn’t have the same initial shocking effect.  Still, it’s been awhile since I so enthusiastically consumed 400 pages in such short order.

It’s because of the wonderful, break-neck pace of The Night Strangers that the ending was ever so slightly disappointing.  However, it doesn’t keep me from encouraging you to add this to your holiday reading list.

…Just read it with your feet firmly planted on the ground.

Are you familiar with Chris Bohjalian’s thirteen other works?  As The Night Strangers was my introduction I’d love to hear from you.  Post a comment here or drop a line to Sue@blackgate.com.

I too have always loved reading on planes – it’s such a good opportunity to bury yourself in a book and a good way to spend long uninterrupted spans reading. I know I read pretty much the entirety of the first 8 or 9 Wheel of Time books on planes as a kid.

The book you’re reviewing also sounds really, really good and intriguing and I want to check it out. Definitely not on a plane, though.

As the airlines have already ruined our tranquility by making WiFi available, I might as well wreck flighing for you completely with this link.

It’s one of the sites Bohjalian used in his research.

You need to add a review at Amazon. As often happens when a long-time novelist stretches his boundaries, some of his prior faithful readers–unable to stand anything out of the ordinary–post a lot of bad reviews.

Admittedly, I was a little let down when I read the synopsis of some of Bohjalian’s other works. It definitely appears that The Night Strangers was his first and only foray into the supernatural to this extent.

I can sort of understand why fans of his other work might shun this one. His other 13 novels are of the touchy-feely type.

And though I completely appreciate the suggestion, Goth Chick commentary will only ever be found at Blackgate.com 🙂