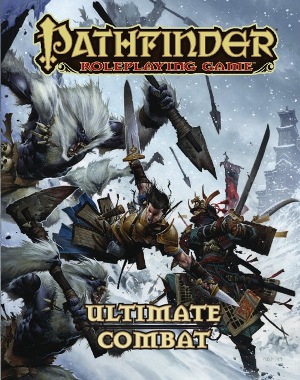 Ultimate… by Websters the definition [d] reads: the best or most extreme of its kind. Thus, Paizo entails that two of its creations for 2011 are the very pinnacle of gaming mechanics gold.

After spending two years in the Pathfinder universe and plumbing the depths of the system with the Pathfinder Core Rulebook and then the Advanced Player’s Guide, I wasn’t convinced that there was an obvious need for any further bulk supplementation of the system.

You see, this is the crux of ‘old gamers’, a belief that what they’ve pre-built into their own world is ‘enough’ and they can just coast on their own imagination thereafter. Now I’d never say this is a false statement, but with many Grognards, they fail to take into account that the more information you have, the better your personal worlds and systems will be.

Do you need to implement every detail of every supplement ever written? Absolutely not, but the opportunities involved in finding different wrinkles, classes, items, etc can only help to make a world richer for both players and game-masters alike.

This brings me to Paizo’s two Ultimates, those being Magic and Combat. Now make no mistake, when Paizo chose the word Ultimate they weren’t kidding around. These books are chocked full of the kind of stuff that truly needs unearthing.

Let me begin with the first I reviewed of the two beautiful hardcover supplements, Ultimate Combat. What does Paizo deliver here? Well, first and foremost we’re given three new classes, two of which, the Ninja and the Samurai, help open up the currently running Jade Regent Adventure Path. The third contribution is the very controversial Gunslinger. All are Wayne Reynolds Iconics, and each class seems well balanced as an ‘alternate’ class, which is to say they are better than the base starting classes but not overly stupendous. 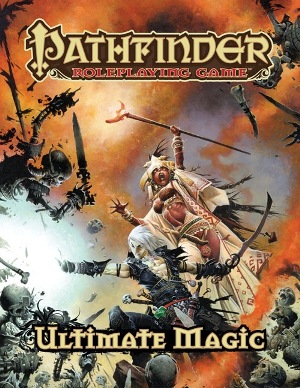 A nice part of Paizo’s history is their immense open playtests for their supplements, this meaning that real gamers are creating feedback for each piece of info that appears within these pages. This spills over into almost everything you see in the book starting with class supplementation for previously published classes in their ‘archtype’ adaptations for greater character specialization and depth.

Next come the feats, something I found nice and yet cumbersome in the Advanced Player’s Guide. Still, having the availability of new and improved feats always catches a player’s attention and allows for further customization, something the Pathfinder system has brought to a whole new level over D&D 3.5. Seriously, they jam in 45 pages of Feats in this supplement alone. If a player complains about not having enough feats just slide this Ultimate across the table and tell them to shut their pie hole.

Another interesting note, this tome is the most ‘anime’ of any Paizo product I’ve seen to date, something I thought their creative department was against but perhaps they’ve decided to rethink the Pathfinder mold a bit. The trend also follows in Ultimate Magic.

Next for the tour of Combat comes a nice chapter on new weapons and armor, most of these dealing with Asian-inspired pieces and firearms to compliment the classes at the beginning of the book. The Firearms section is nicely thought out and deep enough to get your feet wet. I’ve included firearms in my world for years and don’t think they pose an imbalance assuming magic is prevalent. A charm or talisman here or there will defang a gunfighter faster than any common fighter, which is probably why most magic worlds don’t have gunpowder and most tech worlds don’t have magic.

You also get a bit on gladiatorial combat thrown in which is a fun read, then we spill over into siege equipment, including cannon, before moving into vehicles [ships and such] and then 40 pages of new spells.

In all, it truly lives up to its name, the feel of it adding fighting flavor to any campaign you’re running. 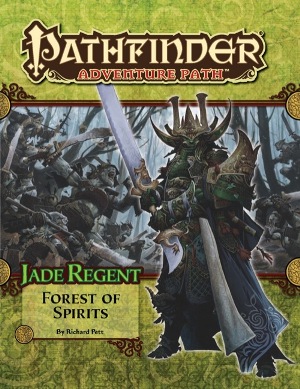 If Combat isn’t enough, however, you’ve always got Ultimate Magic to fall back on. Designed in the same style [both covered by Reynolds] these books immerse the reader into the sub-mechanic of the game they detail.

Ultimate Magic provides one new class, The Magus, a kind of fighter/mage with some cool abilities and certainly worth a look. Then we move into more of the alternate ‘archtype’ character builds as seen in Ultimate Combat which begins to draw a bit of repetition to the book [there are an astounding 75 pages of these], but certainly not a knock on the originality of the archtypes included.

Mastering Spellcasting is the next chapter, this including some intriguing material on constructs, spell duels, demons, and other flavor bits like spell books and the hierarchy of attack effects. In all, any wizard worth his salt should have read at the knowledge inside this chapter.

Sixteen pages of basically magic-type feats follow before the book turns to a chapter on Words of Power. This is a new type of casting that removes the memorized and formulae spells and recombines them as words to shape whatever magic a caster can dream up. It’s a nice theory, and as an aside class would be a strong story-based additional player character of even NPC to a campaign. Still, it’s extensive, and would take some practice and study to truly master such a craft by a player and game-master alike.

The book finishes with roughly fifty pages of spells to increase the volume of any player’s grimoire.

My analysis remains an open test of these twin tomes, the process of gathering material always a factor in the nature of any DM worth his salt. I will say this, however, Paizo spares no expense in their products, and the Ultimates are no exception. This is well planned and played material that can be of use to any and all Pathfinder campaigns.

I say choose your inclusions carefully, but be sure to have these books on hand and cataloged in the back of your mind because there is far too much information inside to pass up.

As always, best to you and great gaming!

[…] Pathfinder ‘Ultimates’ Both Combat and Magic […]

[…] Pathfinder ‘Ultimates’ Both Combat and Magic […]