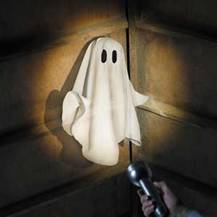 As you would expect, Halloween means the servers that handle Goth Chick News email all but melt down in the month of October.

Though I love nothing better than hearing from some of the more… well… “interesting” members of the Black Gate fan base, there are definitely some communications I could probably go my entire life without seeing, and others that aren’t exactly “wrong” in the strictest sense of the word, but are definitely pushing a few boundaries.

You know who you are, and in the future you’ll thank me for not posting you-know-what.  Someday you may want to run for office or something…

But I do get some incredibly intriguing bits of data as well and 2011 was no exception.  This year the cool stuff seemed to run along a common theme; so much so that I couldn’t help but share it.

As an amateur ghost-hunter myself, this is a topic I just can’t get enough of; and I don’t mean “orbs” (there are just too many other explanations for those), or streaks of light (same issue).  I’m after pictures showing distinguishable forms and faces that appear in pictures once they are developed or reviewed, which were not in the shot when it was taken.

It scarcely matters which side of the ghost question you come down on.  Believe or no, you can’t deny that some of the “photographic evidence” is creepy if not downright compelling.  If it gives you a little shiver, it’s a great shot.

And yes, one could say the same of the UFO evidence floating around out there so even though it’s a bit left of my genre, I’ll write about those as well if you send me enough of them. 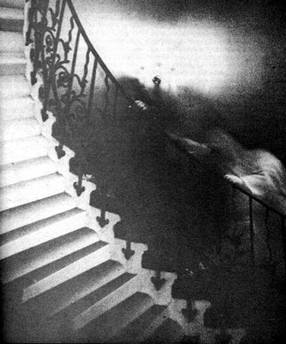 Here are my top five of the many I received and a five-bat salute to everyone who emailed.

1. The Ghost of Queen’s House

He intended merely to photograph the elegant spiral staircase (known as the “Tulip Staircase”) in the Queen’s House section of the National Maritime Museum in Greenwich, England.

Upon development, however, the photo revealed a shrouded figure climbing the stairs, seeming to hold the railing with both hands.

Experts, including some from Kodak who examined the original negative, concluded that it had not been tampered with.

It’s been said that unexplained figures have been seen on occasion in the vicinity of the staircase, and unexplained footsteps have also been heard. 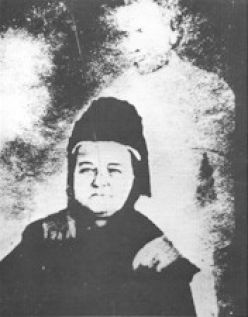 In 1872, Mary Todd Lincoln wet to a “spiritualist” photographer who could show in a picture what she had always believed: that her late husband, President Lincoln never left her side.

She loved the photo and refused to believe that it was a fake.

The spiritualist photographer was one Boston engraver named William Mumler who in 1861 took his own portrait and “discovered” the image of a dead cousin in the photo.

What Mumler discovered perhaps was a double-exposure, but he nonetheless became the go-to man when it came to ghost photos.

This Lincoln photo made him very popular and Mumler is credited with launching the popularity of spirit photography.

Mumler said Mary Todd used an assumed name of “Mrs. Lindall” when she came for her sitting, and had to be encouraged by Mumler’s wife to identify her husband in the photo.

(GC: sadly, investigating the picture with a modern eye it has since been discovered to likely be an elaborate hoax on poor Mary Todd). 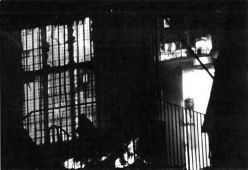 As the Wem Town Hall in Shropshire, England burned to the ground, local residents took photos of the blaze from across the street.

One resident, Tony O’Rahilly used a 200mm telephoto lens to snap this shot of a small girl standing in the doorway (see right).

None of the other onlookers or fire fighters present at the scene remembers seeing a little girl, and there would be no reason for her to be standing calmly in a blazing building.

At O’Rahilly’s insistance an extensive search for the child was undertaken immediately but no child was ever found.

Upon development, Dr. Vernon Harrison examined the photo and it’s negative and determined that it was genuine.

Further research into the young girl’s identity uncovered records of a child named Jane Churm who died in 1677 in northern Shropshire after setting fire to a thatched roof with a candle. 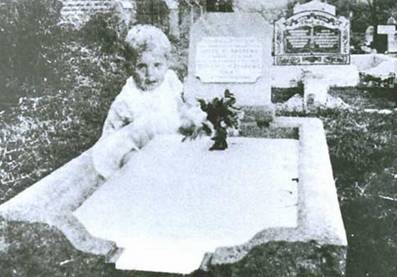 A woman named Mrs. Andrews was visiting the grave of her daughter in a cemetery in Queensland, Australia in 1946. Her daughter Joyce had died about a year earlier, in 1945, at the age of 17.

Mrs. Andrews saw nothing unusual when she took this photo of Joyce’s gravemarker.  When the film was developed, Mrs. Andrews was astonished to see the image of a small child sitting happily at her daughter’s grave.

The ghost child seems to be aware of Mrs. Andrews since he or she is looking directly into the camera.

Is it possibly a double exposure?

Mrs. Andrews said there were no such children nearby when she took the photograph and, moreover, did not recognize the child at all – it was no one she would have taken a picture of.

She remarked that she did not believe it was the ghost of her daughter as a child.

Investigating this case, Australian paranormal researcher Tony Healy visited the cemetery in the late 1990s; near Joyce’s grave he found the graves of two infant girls. 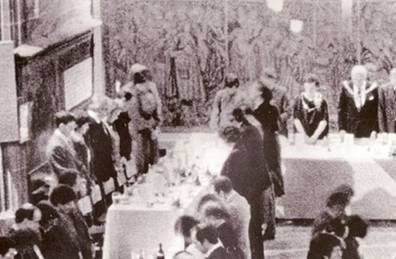 On January 22, 1985, the Coventry Freeman organization was having a dinner event at St. Mary’s Guildhall in Coventry, U.K.  Everyone in the group had her or his head bowed in prayer when this photo was taken — including a towering, mysterious figure standing top left.

The strange cloaked specter appears to be wearing clothing much like a monk’s frock from another time.

Lord Mayor Walter Brandish, who was present at the dinner, said there was no one at the event who was dressed like that and he could not explain the presence of the interloper in the photo.

St. Mary’s Guildhall dates back to the 14th century and served as a prison for Mary, Queen of Scots.

Sadly, in spite of my many hours sitting in dark, damp places around the globe (not counting the Black Gate offices) I have yet to capture even one interesting thing on audio, video or digital stills.

Patrick Burns, paranormal investigator and author agrees that researching hauntings involves a lot of waiting around for activity to happen.

“It can be hours upon hours of sheer boredom marked with moments of ‘What the heck was that?’” he says.

“The cruel irony is the more compelling your evidence, the clearer your video footage, the more crisp your still photograph or the better the audio recording you collect the more people, especially from your peers, will assume it’s been fabricated or hoaxed.  As weird as that sounds we know that the evidence we collect from a scientific perspective is pretty poor.  It really doesn’t withstand hardcore scrutiny when it’s presented as such,” says Burns.

Keep your fingers crossed.  I’m off to New Orleans later this month to partake in another paranormal investigation.  If I find anything, you will be the first to know.

In the mean time, do you have any good ghost encounters, particularly on film?  If so, post a comment or drop me a line at sue@blackgate.com.