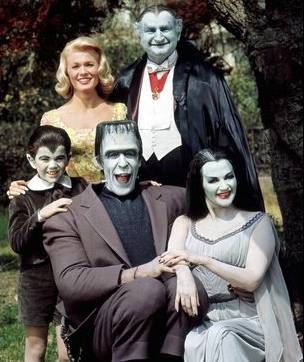 I’m chatting with my sometimes-Goth-Chick-News-photographer Chris and I’m afraid this is yet another attempt on his part to talk me into doing something questionable. Like the time we covered a Halloween celebration at a world-class amusement park and he convinced me to ride one of the US’s largest wooden roller coasters… backwards.

I’m wondering if this latest suggestion will also result in throwing up on myself.

As it turns out, he is proposing we attend an event at a hotel in downtown Chicago. Apparently, the premise is that movie and TV stars set up tables and for a fee you can have your picture taken with them and have a little chat.

They will also sign items you bring with you (also for a fee). If you ever wondered where those eBay sellers get Happy Days lunch boxes signed by ‘The Fonz,’ this is apparently the source.

Chris is pushing a flyer into my hands listing all the attending celebrities and assuring me I will, without a doubt, get material for Black Gate out of the venture.

At first perusal, I can’t identify a single “celebrity” on the list. But two of them self-identify as “adult film stars.”

Chris puts on a puppy face and says the list is preliminary and that the most fabulous celebrities usually don’t agree to attend until the last minute. The next thing I know I’m calling the organizers to arrange for press passes.

He’s a good photographer, what can I say?

So on Saturday, October 1st we’re in the car headed into the city to attend the HCS (“Hollywood Celebrity Show”). I console myself by thinking that the chances of this day ending with me barfing on my coat are fairly slim.

When we arrive, we find the hotel is set up like a convention center with rows of tables flanked by banners announcing the celebrity ensconced at each location. The press table gives us an updated celebrity list showing where each are located in the hall.

I run my eye down the list and see that the recognizability of the celebrities has indeed improved.

For instance, nearly the entire cast of Lavern and Shirley is in attendance including Penny Marshall, Cindy Williams and Henry Winkler (they were indeed selling “Fonz” lunchboxes in the vendor area).

And yes, I know “The Fonz” was Happy Days but he did do a couple of cross-over guest appearances, so let it go.

If you’ve ever caught classic-TV-cable reruns of Gilligan’s Island, then you’ll know Mary Ann, the county bumpkin pin-up girl from the 1960’s played by Dawn Wells.

Yes, Ms Wells was there and though I wouldn’t put her in cut off jean shorts these days, she’s held up remarkably well at 73 years old.

At this point the experience has been interesting enough to make it worth the drive and as there’s still a lot of ground to cover, I’m beginning to be happy I agreed to this.

Next we come across Kevin O’Connor. You may not necessarily know the name, but you’ll certainly remember the character.

He played the smarmy little treasure-hunter “Beni” in The Mummy alongside Brendan Fraser and Rachel Weis. This being a favorite film of mine I pulled up for a chat and picked up a signed photo from the movie.

Turns Mr. O’Connor is living here in Chicago where he grew up, and commuting to LA where he is filming The Master with Phillip Seymour Hoffman and Amy Adams. It’s set for a 2013 release.

Then things go up a notch on my personal “coolness” meter.

We come to a table where a completely charming grandma-type is giggling over a comment one of the show attendees has made.

Apparently he pointed out that her promo shots were very “cheesecake” and indeed they were. There was a gorgeous blond woman in a 1950’s style bathing suit, striking a pose beside the “Munster Mobile.”

Marilyn is that you…?

Sure enough, I was standing in the presence of none other than Patty Priest, who played the abnormally normal “Marilyn Munster” on one television’s most classic sitcoms, The Munsters.

“Pat” Priest is seventy-five these days, but back then she was every bit the pinup girl, carrying enough star power to share the screen with Elvis Presley in Easy Come, Easy Go.

I admit it, I gushed a little; but who could blame me?

But then came the meetings that made this interesting Saturday qualify as a perfect one.

In the very back of the largest room I could clearly see a crowd had gathered. But what truly caught my attention was that the back wall appeared to be papered in Rocky Horror Picture Show movie posters in several different languages.

My first thought was that this was the table of a serious collector of RHPS memorabilia because as we all know by now; it’s a super colossal cult-movie phenomenon of biblical proportion… right?

Chris and I headed to the back of the hall because I can’t have too much RHPS stuff, but instead of a bunch of torn fishnet stockings and platform shoes what (or should I say who) do I find but pretty much the holy grail of cult-movie geekdom.

Barry Bostwick (aka “Brad Majors”) and Patricia Quinn (aka “Magenta”).

Yes, there I was, facing two people whose cheesy dance numbers and sexually charged, innuendo-laden dialog I had sat in front of so many times that I lost count after I hit 100. 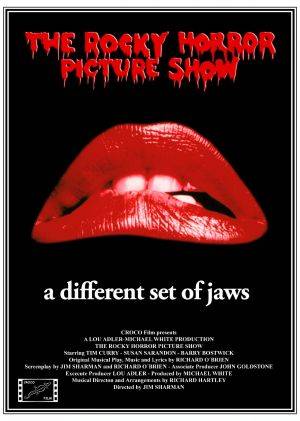 I didn’t get light-headed and I didn’t throw up on myself (or them thankfully).

What I was able to do with Chris prodding me forward in the small of the back with his mono-pod was to strike up a conversation with the both of them; a rather lengthy, in depth conversation that ended up being beyond casual politeness and got downright friendly.

They thought Black Gate sounded fun. They each asked for a copy. They signed their pictures for me.

They both gave me their personal contact information and agreed to an interview.

Let’s go back and read that again just for fun shall we?

Barry agreed to spill some exclusive details on two new horror movies he is just wrapping up and Patricia Quinn asked me to “write to her daahhhling” while throwing me a very Magenta-like manic grin.

Queue “The Time Warp” music and dim the lights.

It was a perfect day indeed.

More about ‘the perfect day’ and my exclusive one-on-one interviews with Barry Bostwick and Patricia Quinn will be appearing in Goth Chick News in the coming weeks so stay tuned. In the meantime, post a comment or drop me a note at sue@blackgate.com.

Kevin O’Conner rules! A fiend of mine rolled up a D&D character and did an entire campaign using the ‘Beni’ voice for him. Seriously, it just never gets old!

Ok, I admit it. I commented to Mr. O’Conner that his “real” voice didn’t sound anything like Beni and he obliged by giving me “You’re my only friend O’Connell” in his best Beni voice.

I needed a cigarette and I don’t even smoke…

Beni has half a dozen lines in that movie that are unforgettable and I’ve always gotten a kick out of the fact that he was American and just doing a voice. Awesome that he delivered that line, a true classic.