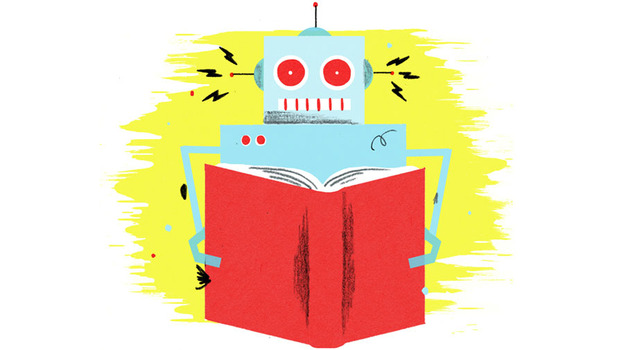 NPR has posted its top 100 science fiction and fantasy picks, based on the votes of 60,000 respondents who could choose from 5,000 initial nominations. The point of these things is, well, what is the point of these things? To get people up in arms that their choices weren’t selected? To have something to publish during slow news cycle in August? To give people who have nothing better to do a chance to express their opinion in a largely meaningless exercise?  To have a little fun? To get bloggers looking for something to write about something to link to?

In any event, check it out to see how it jibes with your personal list (as if we all carried around a best-of list with us anytime someone issues one of these things; oh, you mean you actually do?). Just take a wild guess at the number one pick. Hint (as if you needed it): it’s not science fiction.

No Narnia… no NARNIA? That is absolutely, utterly, and unconscionably insane! The absence of Susan Cooper’s THE DARK IS RISING and Lloyd Alexander’s PRYDAIN CHRONICLES is nearly as egregious. Piers Anthony and Ray Bradbury’s Illustrated Man should both be a lot higher.

Interesting to see so little vampire fiction and urban fantasy on the list, to say nothing of the rightful absence of Harry Potter but then, it is NPR and most NPR listeners would probably rather be skinned alive and rolled in salt than admit to reading, much less liking, Stephanie Meyer or JK Rowling.

Ok i’m a HUGE fan of the Princess Bride movie its my number 1 of all time. But i can’t believe that book was placed at #11. You can’t tell me they were basing that just on the book. The book wasn’t awful but Goldman’s prose is very lacking. Good plot bad writing..

>>Interesting to see so little vampire fiction and urban fantasy on the list, to say nothing of the rightful absence of Harry Potter <<

They disqualified paranormal romance, horror, and YA.

Seems like Ender’s Game, Dune and Hitch-Hiker’s are always in the top five of every ‘greatest’ list. How about going with greatest ‘obscure’ titles?

Glenn, I think “bad” writing was part of the joke.

Theo, if they hadn’t disqualified YA, I think I would have voted for Rowling. OK, borrowed plot points (which never disqualified Shakespeare, not that I’m making a case of equivalence) and hackneyed writing aside, her influence is inarguably huge, and, give her some credit, she gets into the head of adolescence. Literature? No. But a top genre work, inarguably.

And, I think, the NPR crowd would gravitate towards Rowling; they’re the ones who’ve read the series to their kids and, as the kids have grown older, is the “at least they are reading something” material. And, really they could do worse. Like the Twilight series, which, the popularity of vampire fiction notwithstanding, doesn’t really have legs.

I don’t really get why Narnia is considered such a classic, Christian symbolism aside. It seems to me very much a simplistic kids book, but maybe the problem is I read it as an adult. Agreed on your other points, though, again Cooper and Alexander are in the YA category.

Al of which demonstrates why NPR put out this list, to generate buzz about what’s wrong with it.

Mister_Alex,
Dune has sold over 12 million books, Hitchhikers over 14 million, Enders Game over seven million. Ender’s Game is also on the USMC reading list. Perhaps look up ‘obscure’ in the dictionary because you don’t understand the word.

This list was better than most. Always overrated George Martin is too high, Robert Howard is too low, and there are only about 10-15 books on there that belong in garbage. The most egregious omission is Fritz Leiber.

A question: They categorized Earthsea as YA for this list (that’s why it isn’t on here), is that normal? I’ve never seen it in the YA section.

What’s normal? The whole field of science fiction/fantasy used to be considered juvenile.

Perhaps, but I was thinking more about the perception among people in fantasy. Leaving Earthsea off was a decision made by writers in fantasy and science fiction, who determined the rules of the list. I’ve never seen it on YA shelves. I was curious.

Was also surprised to see certain items listed here and otherse higher or lower than i would have expected. Suppose its all subjective and goes down to whom is actually bothered to cast their vote. Was personally dissapointed not to see Mary Gentle’s Grunts! and Glen Cook’s Black Company.

Also a little surprised to see comics nominated. No problem with The Watchmen, its a good read, but a comic is a comic and should be in a top 100 comics list?

My last 2 cents, I think Alex was trying to say that cartain items will always be in the Top Of The Pops list, like LOTR, Hitch Hikers etc, so maybe exclude theese as classics and make way for other lesser known titles to be showcased?

I was thinking more about the perception among people in fantasy. Leaving Earthsea off was a decision made by writers in fantasy and science fiction, who determined the rules of the list. I’ve never seen it on YA shelves. I was curious.

They disqualified paranormal romance, horror, and YA.

That explains the absence of Narnia and Potter. Those will probably be Nos. 1 and 2 in the YA list. And Cooper and Alexander should both be in the top 20, if not the top 10.

I don’t really get why Narnia is considered such a classic, Christian symbolism aside. It seems to me very much a simplistic kids book, but maybe the problem is I read it as an adult.

I… I don’t even know where to start. I recommend checking out BenBella’s Revisiting Narnia, where you can see why so many Christian and non-Christian genre authors alike hold it in such high regard.

Lewis’s handling of Edmund in the first book alone sets it far, far above practically any other YA work. And the acerbic social commentary in The Voyage of the Dawn Treader is downright prescient, and somehow manages to fit perfectly into the story without preaching.

I further note there is more character development in A Horse and His Boy in the freaking ANIMALS than there is in the entire Harry Potter series. I don’t know that there is a more brutal comeuppance in literature than when Bree is reminded that there is no reason for a Talking Horse to take pride in being superior to a regular dumb horse.

Just to clarify, I don’t have any problem with Christian symbolism, even obvious symbolism for the purpose of allegorical instruction which I think characterizes Narnia. I read these books to my daughter when she couldn’t read for herself (so it’s not an anti-Christian bias as many have towards Lewis, though, for what difference it makes, I’m not Christian). And my recollection is that some of the characters are what in today’s PC world are racist, sexist and classist (is that a word?) though I know that may be holding Lewis to an unfair standard.

No doubt I am missing something that most people regard as a classic. I didn’t like Tristram Shandy the first time I read it, though I’ve since come to appreciate it.

Oh, no character development? You don’t think over eight books the Potter character going through adolescence is character development. I read something like the first two or three books to my kid, and then she took over on her own, and I thought it was kind of cool (and no doubt part of the reason for the phenomenal success of the series) that her own adolescence tracked with Harry’s.

Again, I’m not arguing this is LOTR. But certainly a top 100 YA genre book.

Suppose I should scream, but that’s already done over Narnia…and Potter. Quite surprised he’s not on the list, but that’s actually one of the good things.

Harry Potter, while good, is hardly original. Tons of stories of almost the same theme, including frankly “Scholastic” fiction, which this is; A scholastic fiction pumped to mega-stardom by the publishing company deciding to take some of “Lord of the Rings” steam and ending up making a franchise far in excess.

Lewis also is seen as derivative and (proudly) subversive, his messages favored by the “Good Christians” to ram down any throat they think the bible might not yet fit. But he has far more reason to be on the list, at least for Lion, Witch and Wardrobe than Potter. BTW-his space series (Hideous Strength, two others) was done as a reaction to Olaf Stapledon’s “Last and First Men”, he was infuriated by part of it.

No Russ, no Brackett, no C.L. Moore (though her best work was not booklength, arguably), no Delany, no Leiber, no Dunsany…. Yes, there are a lot of missing things that would be there in a reliable list of classics. And the main purpose of these projects is to generate buzz and traffic, before and after the release of the list. Still, as “suggestions for further reading”, the NPR list is not embarrassingly bad.

The “No YA” thing is stupid, but it does account for the the absence of the Narnia and the Earthsea books. The Narnia series and the original Earthsea trilogy were indeed published as juveniles (as we called them in those unenlightened days when we didn’t know that everyone was a differently-aged adult).

Re CSL: I would rather see Lewis’ “space trilogy” (which has a little more thump than the Narnia books) recommended to people’s attention. Disney & Murdoch will take care of promoting Narnia, for the foreseeable future.

Tyr: All I did was write that I think there should be lists catering to obscure books. How is THAT misunderstanding the word? It’s not like I claimed those top five were bad reads or anything.

My apologies. I (mis)interpreted what you said as ‘those books belong at the top of a list of obscure books’.

Whew! That’s a relief. Lately I’ve been instigating ‘internet’ fights by sheer accident. Hope there’ll be no bad blood between us two. 🙂

I’m not arguing this is LOTR. But certainly a top 100 YA genre book.

I don’t disagree… in fact, I think Harry Potter would have to go in the top 20 for YA. But it doesn’t belong anywhere near the top 100 SF/F overall. The characters aged but they didn’t really develop much; Harry is still essentially Harry, he’s just older.

And Rowling clearly caught a bad case of Stephen King’s “I don’t need no editor” disease somewhere after the second book.

(Drinking game: take a swig of beer every time someone in a Harry Potter movie begins a sentence with “Harry….” Warning: do NOT attempt this with shots of hard liquor.)

And I certainly agree that the list is rather better than most of its type despite its shortcomings.

No Alastair Reynolds, David Weber or Brian Lumley either, though I suppose some would consider Lumley to be more in the vein of Horror.

Ah, “Top Anything Lists,” how they do help Black Gate increase its hits. Thanks NPR!

I thought it seemed clear that whoever was writing descriptions must not have known the books that well. According to the write-up, Conan is “muscle-bound.” Clearly that was someone informed of the character only from the Conan the Barbarian Movie. Several others seemed a bit off as well.

Earthsea was explicitly written as a juvenile.

Well, that answers my question.

People should read the write up for the list. Most of the complaints are preemptively explained there. The 100 YA list, for example, is next year’s project.

[…] now, any and all who are interested have long since examined NPR’s list of the 100 greatest science fiction/fantasy books, fumed over the titles left out (and/or the ones […]