Believable world creation lends greater enjoyment to fantasy and science fiction stories. One need merely consider some of the classics like The Lord of the Rings or Robert E. Howard’s Conan the Barbarian to see how vital this is. Dune also comes to mind or Asimov’s Foundation series. In fantasy, Tolkien is the accepted master at world creation, having invented alphabets and entire new languages for his books.

Edgar Rice Burroughs added another trick to this in the Pellucidar and John Carter of Mars novels. Usually in the introduction, Burroughs went to great length to tell us how he received the various manuscripts from the hero of the tale. In this way, he helped create the illusion of reality. It was a powerful practice and was copied by such different authors as Lin Carter and John Norman, both ERB imitators.

It seems that the more one can attach the fantasy world to the real world, the greater becomes the reader’s ability to suspend his disbelief. This temporary suspension of disbelief is considered critical in order for the reader to enjoy a fantasy story.

Howard’s Hyborian Age chronicle helped give the impression that the Conan stories and the earlier Kull tales had taken place in man’s distant past. This feel of reality gives the story greater depth. Instead of feeling as if the hero walks on a cardboard stage, we feel as if he moves through a genuine world and thereby we enjoy the tale more. 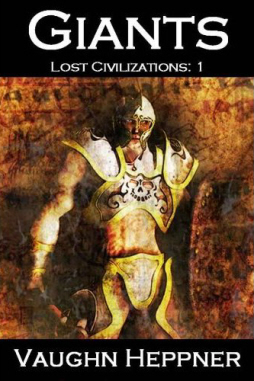 In my earliest years as a writer, I yearned to create my own fantasy world. I wanted something a little different and something that was mine. My principle guide was a belief that one should gravitate toward his loves or interests. And I definitely had those.

As a youth, I loved reading about tyrannosauruses, mammoths and sabertooth tigers. That’s partly why I loved ERB’s Pellucidar novels.

I also loved Conan and particularly the author’s Hyborian Age chronicle of prehistory. Karl Wagner’s Kane was another favorite of mine, where a transmuted Cain of the Bible swung a sword in countless fantasy tales.

This set me to thinking. Tolkien used Celtic and Germanic myths to add power to his stories. He tapped into something mystic, I believe, into something central to the majority of his readers. Those ancient European myths had been critical to the peoples of those lands for a reason. It spoke to a core within them.

Transmuted by Tolkien, it also spoke to many of us. How could I do something similar yet different? Then it struck me. I could use the first eleven chapters of Genesis in the Bible.

Those eleven chapters told about Creation, man’s loss of paradise, an intense Antediluvian World and the catastrophic Flood of Noah. Particularly interesting to me were the Nephilim and the sons of God or bene elohim as it is written in Hebrew. Those Nephilim or giants had always caught my imagination. The first time they’re mentioned in Genesis, something incredible is going on.

Genesis 6:4—The Nephilim were on the earth in those days…when the sons of God went to the daughters of men and had children by them. They were the heroes of old, men of renown. 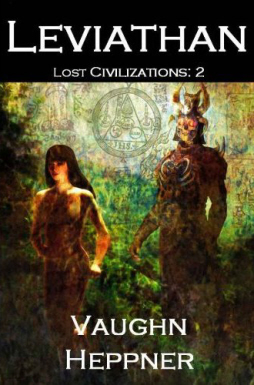 A little research showed me something interesting. Sons of God or bene elohim in the Old Testament always referred to angels. So Genesis 6:4 could have read: when the angels went to the daughters of men…. One would assume they were evil angels.

As an aside, I knew that the Titans of Greek myth had fought Zeus and company. The gods won that battle and locked most of the Titans into Tartarus. That word Tartarus was used in the Bible once to describe a place where certain evil angels were already locked away.

Perhaps as interesting, Greek myths — and other world myths — tell many stories about gods in the early days taking woman and having children by them. Those children were the heroes of old. One need only think about Hercules to see that.

I asked myself: Wouldn’t most people see angels as gods? Here then was the germ of my fantasy world, the Biblical worldview of prehistory or the Pre-Cataclysmic Age. The Greek myths I took to be garbled accounts of what had really happened as described in the first eleven chapters of Genesis.

This would have been a grim world for ordinary humans. Some of them would have resisted the bene elohim and the Nephilim.

One of the first heroes I wrote about who resisted was Lod. His origin’s story appears in Black Gate 15.

Now an amazing thing has happened to me as I’ve spent many years writing and developing my stories. It was and is the E-Book Revolution. “Indie” authors were allowed to upload books on Amazon, Barnes and Noble and other sites. Even better, many of the indie titles sold well even against “pro” authors. 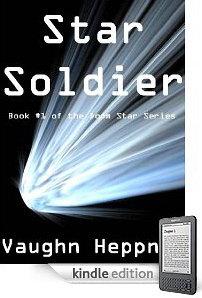 For me, my first books to do well were the Doom Star novels. The first book, Star Soldier, made it to number one in various categories. Now my Lost Civilizations novels have begun to climb the charts, particularly on Amazon.

I have six books in Lost Civilizations, in my Pre-Cataclysmic World. They are Giants, Leviathan, The Tree of Life, Gog, Behemoth and The Lod Saga. Lod is mentioned in the first three books and appears in the last three.

Also, because I use the Biblical model as my guide, Creation occurred not so long ago in the stories. In this way, pterodactyls wing onto certain scenes. Mammoths charge onto others, as do great sloths, sabertooths and other fantastic creatures, including the Behemoth.

Now I make no claim that Lost Civilizations is Biblical truth. It is a fantasy based upon certain verses as a starting point. I wrote a four-book series, however, called the Ark Chronicles. The first book is People of the Ark. In those stories, I heavily researched Biblical scholars and used many of their thoughts and ideas about the Antediluvian Word, Noah, the Flood and the world directly after the Flood. 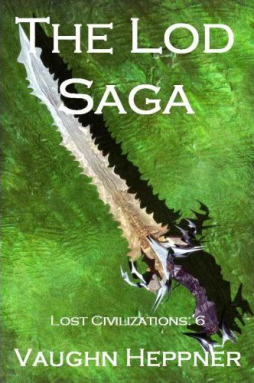 One of my own thoughts concerned Noah. Given what he did, I could never envision him as a grandfatherly Santa Claus-type of man. That’s the only image we ever see of him these days, usually on a child’s coloring book. Instead, Noah would have been tough-minded and rugged, probably the last man you’d want to fight. Happily for me, these novels have also begun to sell.

As a parting thought, I’d like to suggest that this new era — of the E-Book Revolution — is going to be a golden age for novelists and readers alike. New York editors had their particular biases. I think we all do. Those editors chose storylines that they most enjoyed and they kept out those storylines that offended their particular biases. Now the game is wide open again, without the gatekeepers unconsciously or consciously throttling choice.

I believe that means we’re about to see a great flourishing of new material and new ideas. And that means that you as a writer should fire up your imagination and create the most interesting fantasy or science fiction world that you can. Write your passion. I have, and in this new era, it has brought me the success that I only used to dream about.

A kind of fantasy stories based on biblical concepts, is very interesting, the Old testament has a lots of fantastic concepts like Behemoth, Jonas and the whale, the wife of Lot, Goliath, the write on the wall, Daniel and the lion’s den, the stories related to Moises and the exodus

I’m really interested in reading your fiction but as an international customer, amazon or any other on-line store won’t let me purchase your books. Also, PDF format would be preferable as I haven’t got access to kindle.
I was happy to discover a new writer, Fraser Ronald through Black Gate, but even happier to have access to his book. A very affordable bundle (PDF with PoD) was available from the drivethru Rpg store (http://rpg.drivethrustuff.com/product_info.php?products_id=88661).
Is there any chance that you make your books available there?

[…] of the Ark. His last articles for us were “The E-book Revolution” and “A Look behind Lod’s World, or How to Strike Gold.” Read an excerpt from his novel Star Soldier […]