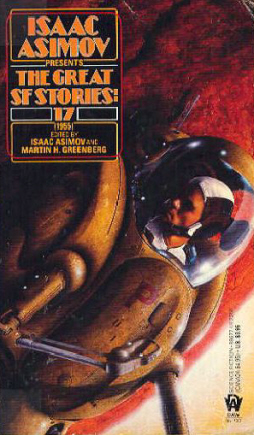 Martin H. Greenberg, one of the most prolific creators in the history of the genre, died last week.

It was to be the first of literally thousands of books he published over the next 36 years, the vast majority of them science fiction and fantasy anthologies.

Greenberg’s specialty was copyright searches and handling author royalties, and he was famously adept at both. He founded book packager Tekno Books, which typically produced 150 titles per year, totaling over 2,300 books.

Shortly after he entered the field Greenberg discovered he shared a name with another famed SF anthologist: Martin Greenberg, publisher of Gnome Press, who edited some of the most influential science fiction anthologies of the 1950s, including Travelers of Space and Journey to Infinity (both 1951). In his autobiography Isaac Asimov, who worked extensively with both men, said he suggested that he call himself “Martin H. Greenberg” or “Martin Harry Greenberg,” which he did.

Greenberg frequently partnered with other editors such as Joseph D. Olander, Andre Norton, Robert Silverberg, and especially Asimov, with whom he co-edited a total 127 anthologies, including the 25-volume Isaac Asimov Presents the Great SF Stories. 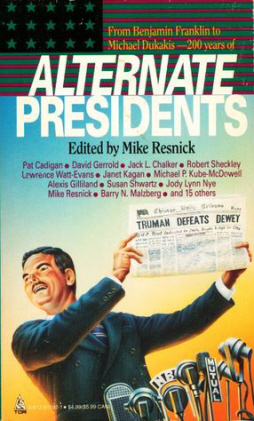 Black Gate contributor Mike Resnick,  who edited 19 anthologies for or with Greenberg and sold him a total of 61 stories, shared this story of how their partnership started:

We’re eating lunch at the 1989 Boston worldcon, he asks what I’m working on, I say a Teddy Roosevelt alternate history novella, and as we’re getting up he says he’s off to sell our anthology. I say what anthology? He says Alternate Presidents, with Teddy Roosevelt in 1912 and a bunch of others. I say I didn’t know we were talking about one, and besides, this one’s unsaleable.

Three hours later he hunts me up: “We’ve sold it to Tor for a 5-figure advance, and you’re editing it.” I never doubted him again.

In 2009 Greenberg was the recipient of one of the first Solstice Awards presented by the Science Fiction and Fantasy Writers of America (SFWA) in recognition of his contributions to the field.

For a complete list of his titles (caution: it’s a big list), see his entry at the SF Encyclopedia.

That Mike Resnick story is so great.

I had no idea there were two Martin Greenbergs.