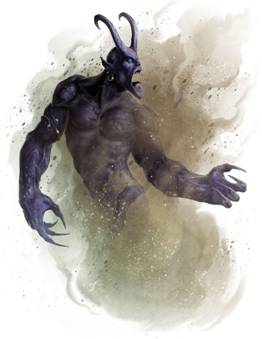 As I mention whenever given the opportunity, I have some exceedingly cool friends. I don’t tell you this to brag, but rather to ensure I am able to soak up some of their residual coolness in the telling.

As you are well aware, I am a total movie-quoting, comic-reading, gamer geek who was often taken in by hoopy froods** (<– Hitchhiker’s Guide to the Galaxy reference. See? Can’t help myself) for their entertainment and social balancing. Still, the result has been pretty consistent. I get to hang out with people who really know where their towels are.

That being said, let me tell you about my friend “M.”

“M” is Iranian and I met him at my small, mid-Western alma mater where his very affluent, liberal but politically active family had tucked him away due to credible kidnapping threats. And yes, if you’re doing the math, I was an undergrad in a school that was the last ever place for the son of an affluent, liberal, politically active Iranian family to ever be located. In fact, it was so off the map that only those of us who went there could consistently point it out on one.

Following the standard number of years of undergraduate shenanigans, “M” went into public service in Canada of all places, eventually landing a highly visible gig in a Canadian embassy in a country I have sworn not to name. As you can see, I’ve sworn not to say a lot about “M,” for reasons that would make very interesting posts some time in the future when “M” is no longer in public life.

But that time is not now.

For now, “M” is my source of real-life information about a whole host of topics, most of which generally get massacred in the standard news media, but which he often has first-hand knowledge of; not the least of these being what I sometimes view as “touchy” questions about the Muslim religion. Believe me, if you want to understand a topic beyond how it’s portrayed on CNN, go right to the source. 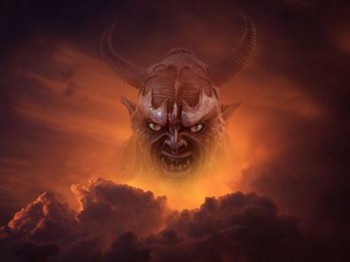 But one day recently, I got to wondering how “M’s” culture felt about the supernatural. Primarily this stemmed from a general portrayal that Muslims would likely not condone such things at the very least and at most may condemn the topic as satanic. As in the vast majority of quandaries such as these, what I thought I knew and the truth were extremely far apart and the answers I got were kind of mind blowing.

Here, see for yourself.

GC: Are ghosts a standard element of folklore in Iran as they are in the States?

M: All Abrahamic religions (Christianity, Judaism and Islam) share some belief in ghosts, spirits, demons, and the Devil is a main pillar of our beliefs. After all the concepts of Heaven and Hell is built on it! We are all afraid of the unknown.

In Islam and its holy book Quran, there are explicit references to spirits and demons and of course the Devil.

Islam recognizes the existence of the jinn (demons), which are sentient beings with free will that can co-exist with humans and are not all evil as the demons are described in Christianity. In Islam, the evil jinns are referred to as the shayātīn, or devils, and Iblis (Satan) is their chief. Iblis was the first Jinn who disobeyed Allah. [GC: I went searching for Jinn myself as you recall.]

Though many people in the States will say they personally don’t believe in ghosts, almost everyone has some manner of ghost story to tell. Does the same hold true in your culture?

In the Persian culture I can confidently say nearly 100% of the public believes in ghosts and spirits but they are afraid to voice their beliefs because they fear being labeled mentally unstable and/or cast out of their social circles!

You have some very vivid family ghost stories. Can you tell us one?

I believe the best story is from my grandfather who had numerous psychic experiences up until his death in 1982.

One night in late 60’s in the city of Tehran, Iran, my grandfather heard the voice of a woman, at first in a dream. But the dream woke him up and he continued to hear the voice like a whisper in his ear even while awake.

My grandmother was awakened by grandfather walking restlessly around the bedroom. She asked him what was wrong and why he was awake. He mumbled: “Bibi is calling me” and seemed to be in some sort of a trance. Completely ignoring my grandmother and proceeded to put on his clothes. He then grabbed the car keys and drove away.

Grandfather described that he drove outside the city limits, guided by the voice of this woman. He pulls to the shoulder of the road and continues to walk the rest of the way still following the voice. After a few minutes, around 3-4 a.m., the voice suddenly stops and he finds himself standing in front of a mausoleum in the dessert. The plaque on the door reads: “The Resting Place of Bibi Shahrbanu”. 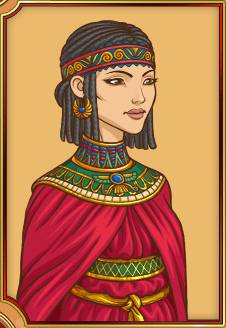 Up until then he had never heard of Bibi Shahrbanu let alone knew where she was buried. Bibi was a Persian princess who was assassinated by her enemies several hundred years ago. After that incident my grandfather continued to visit her grave on a regular basis and claimed to be in regular contact with her up until his death.

Official “ghost hunters” are all the rage on American “reality” television these days. Are you aware of anything similar in Iran?

I actually have personal knowledge about a real, underground “ghost society” in Iran in the mid-70’s. It was a congregation of “gifted” individuals who got together on regular basis to make contact with ghosts through mediums.

The participants were mostly men but women were allowed if they could demonstrate their special abilities to the “Executive Committee.” This group of intellectuals was the real deal doing sanctioned, paranormal research and some members of the Executive Committee were also members of Iran’s pre-revolution elite.

I can tell you about one ceremony that a family member of mine observed in mid-70s (4 years before the Islamic Revolution). This is exactly what she told me as I documented the story, though it is necessary I omit some of the very specific details:

We were blind folded and driven to a location within Tehran. It was a big house because I heard the car stop at the gate and after the gate opened we drove for some time before the car came to a complete stop. We exited the car with blind folds still on. I was led inside a house then a door opened and I went down a flight of stairs that was so long that it took us minutes to reach the bottom. I was told I could remove my blindfold and I am standing in oval shaped, cobble stone covered hallway leading to a room at the end of it. The room was a round structure with stone covering the ceiling and the walls. I was told later that the stone walls and the shape of the room were designed specifically to eliminate “interference from outside.

Everybody was sitting in a circle with the medium in the center. The medium was a illiterate woman from the country side but had extensive experience establishing contact with the spirit world.

Chanting starts and the medium slips into a deep trance. When the medium “establishes contact” (with a spirit), one of the members of the Executive Committee asks the ghost to identify him or herself. The ghost identifies himself as Saadi, a famous Persian poet that lived in the twelfth century.

Then the Executive Committee members ask the ghost for proof to validate its identity. The ghost requests pen and paper, which is given to the medium. After a brief silence the medium begins to scribble text on the paper with her eyes closed. She is writing from the bottom of the page up and in reverse direction. Let me remind you this woman was certified illiterate yet she is writing in reverse with her eyes closed (in Arabic).

When the medium stopped writing the Executive Committee examined the paper. The text was not only written in reverse from bottom of the page in an upward direction but it was written in double reverse meaning it has to be held against the light and read from the other side of the paper. The writing was completely legible and correct, and predicted the Islamic Revolution in 1979 four years before it actually happened.

I am told by this family member that the Executive Committee continued to communicate with Saadi through the medium, for the years leading up to the revolution and he made many other predictions that turned out to be accurate.

What are your personal feelings about hauntings? Do you believe in ghosts?

I told you this would be cool!

Many thanks to “M” for sharing these very interesting stories and giving us a peek how another culture feels about the supernatural!

Do you have a family ghost story, especially if it’s from “the old country?” In the future, I’ll be bringing you regular ghost tales from around the globe and I’d love to interview you! Post a comment here or drop me a line at sue@blackgate.com and your family story may be featured in an upcoming article.

Sass: To know, be aware of, meet, have sex with.

Hoopy: A really together guy

Frood: A really amazingly together guy

Hence a phrase which has passed into hitchhiking slang, as in “Hey, you sass that hoopy Ford Prefect? There’s a frood who really knows where his towel is.”

What an interesting interview! And how cool that you’ll be bringing us ghost stories from around the world!

Thanks CS! So glad you enjoyed it! I may start by walking around the office and interviewing some of our co-workers. I have a sneaking feeling that a few of them might be from another planet entirely and having just seen “Super 8” I’m sort of wondering if aliens see dead people too…