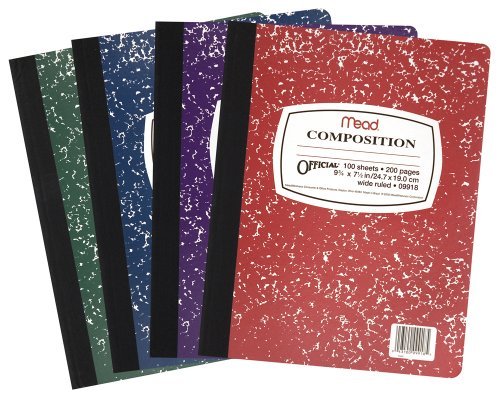 Writers of the Future Volume XXVII is now available for pre-order from Amazon. That any book with my work in it is available on Amazon blows my mind.

Anyway . . . this week I started writing some more observations on my experience at the Writers of the Future Workshop, but somehow got sidetracked into the rest of what you’re going to read. So I’m delaying more WotF until next week.

“Why did you become a writer?” or “Why do you like to write?” These are variants of the same question — one that most writers, whether career authors, part-timers, or hobbyists, encounter many times. The simplest questions are the trickiest to answer, as the Tao Te Ching points out: “Straightforward words sometimes seem paradoxical.”

Here are my straightforward words to answer both these questions: I enjoy telling stories by using words in interesting ways.

Now, to confuse the issue and make it paradoxical, allow me to tell you about a girl named Janelle.

Janelle was a fifteen-year-old high school student, two weeks away from her sixteenth birthday. To an outsider’s view, there was nothing outstanding about Janelle. She was tall with stringy black hair, legs still at the awkward “popsicle stick” stage, a dusting of freckles, and a nice smile. She never made trouble at school, liked the popular music that most of the teenage girls at that time liked, enjoyed shopping (although not for anything extravagant, because she wasn’t from a wealthy family), had a few favorite comedies she liked to watch, had dated two boys at school and never gone much passed kissing and a bit of grinding (they insisted on that), and she still had some of the rainbow unicorn posters up on her wall from when she was ten that she had never gotten around to taking down. She was eager to get a drivers’ license, but not certain where she would drive with her. She liked her History and English classes more than her Chemistry and Math classes, although her grades were about the same for both, hovering at the solid “B.” She had given only brief thought about what she might want to do with her life when she went to college, but she preferred to scare away any long-term planning because she still did not know what life could offer her once she got old enough to take the world up on its offer.

To shorten that paragraph: Janelle was an average high school girl. She might argue that she had more worries than some other people, but she knew that was not true. Every life needs drama, even if the person living the life must invent it.

One day, an overcast Tuesday with nothing to promote, Janelle went to English class to face another “creative writing” assignment that her teacher, the chain-smoking Mr. Larsson, inflicted on them every Tuesday to remind them that the dreariness of Monday was not finished with them. It was the dullest “creative” exercise imaginable. Mr. Larsson put a single word on the board, then had the students get into pairs — always the same pairs, Mr. Larsson called them “twins” because the term “buddy” reeked of elementary school — to discuss what the word meant to them. They then had to write two paragraphs based on the discussion, and hand them to each other, and they would then re-write each other’s paragraphs.

That Tuesday, Mr. Larsson put up the word “Justice” on the board. Janelle felt her elbow bones turn rubbery and almost let her head crash down to the desk. What a horrid word; the kind of word that saps your mind of anything useful to say. “Dog bone” would get more responses. But Janelle dutifully turned her desk around to face off Chris Winterbottom, her bland “twin,” and start it off.

That was when Janelle noticed something about Chris’s shadow on the floor. It was a dull shadow. Nothing supernatural about it; the fall of the overhead halogen ceiling light cast a shadow on the carpet that was just a smudge. How like Chris, she thought. He’s almost a nobody in the halls, and of course his shadow would look weak and boring, like it knew nobody wanted to look at it.

As that through crossed Janelle’s mind, her hand grasped her inexpensive ballpoint pen from Staples and started to write on a fresh page of her notebook her observations about Chris’s shadow. She didn’t know why she wanted to write this, she only she knew she wanted to get the thought on paper and have it stay there.

Chris started to talk about “justice,” but Janelle only nodded her head and pretended to answer him while she started another paragraph about how Chris’s shadow wanted to get away from him, and perhaps become the shadow of a rottweiler who urinates on fire hydrants instead. She kept writing about the strange shadow, and she continued to have new notions on how to describe it and give it thoughts. It’s quest become more complicated as it tried to find a new object to belong to, an object that would not mind giving up its own shadow in exchange.

Janelle became so engrossed in this evolving sketch that Chris at last decided that she was not doing the exercise, and feared it would get him into trouble. He tattled: he called on Mr. Larsson to tell him that Janelle was “doodling” and wasting time. Mr. Larsson, the stink of nicotine roiling before him, approached Janelle’s desk and put out a hand to take away the offending piece of paper that she was filling up with words as fast as her pen would allow. Mr. Larsson assumed that Janelle was writing some gossipy trash to hand to another student.

When his hand came down, Janelle pulled her notebook away. If it were a gossip note, she wouldn’t have cared if this sourpuss took it from her and read it. But what she was writing was hers. It was something she wanted to finish, and it was more important to her than anything else in the world that she did. Only then would she allow somebody else to read it. But she had to keep putting those words down on the page.

Mr. Larsson stepped back from Janelle’s sharp reaction, and he reeled as if a lion had snapped at him through cage bars. “Janelle, what’s the matter with you?”

Janelle blinked. Her hand tightened around the pen. The thought came to her mind right as she spoke it out loud: “I — I think I’m becoming — a writer.”

Who was this “Janelle”? Did she go on to become a famous author?

No . . . because I made her up. I wrote this sketch in my notebook a few days ago. I wanted to explore something about the desire to write, and invented a young character as the medium. In particular, I wanted to capture the “writing epiphany” that some writers have: the special moment that comes when they understand that writing is what they most want to do in life. Although I invented Janelle, I know something like what happened to her has happened to many high school students.

I also wrote this sketch because I never had this sharp epiphany, and I wondered what it might feel like. Many writers never had this moment of clarity; they found themselves slowly walking down the writer’s road without knowing it, and then one day they looked back and understood that it had happened, but cannot discern the crossroads where they took they path. For me, an early love of dinosaurs and Greek mythology and reading in general started me off, and I don’t think I had much choice in the matter about becoming a writer. The confluence of my interests made it hard to avoid. By the time I started writing screenplays after college, I realized I was now identifying myself as a writer, regardless of whatever I was doing at the time to pay the bills. Staring back at the road, it looked inevitable.

I believe that, regardless of how a person becomes a writer — either “Bolt from the Blue” or “The River Sort of Swept Me Here” — Janelle’s experience describes the appeal of the art. Or maybe I presume too much about everyone else; all writers are different. For me, writing is more than just telling a story. And it is more than just words. It is a discovery of how well they work together, and how enjoyable it is to use words in unusual ways to tell a story. Janelle saw a shadow, and she thought about it in a different way than she was used to. She wanted to use words to put down those different thoughts. And then she wanted to give the shadow something to do, and she went forward to see what happened to it. And then she realized, I’m a writer.

I didn’t have the exact same experience of this fictional character. But her story is the best answer I’ve come up with for the question, “Why do you like to write?”