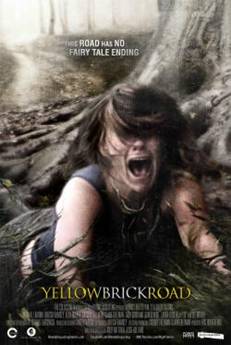 Sometimes I feel a Dorothy in The Wizard of Oz, only different.

I do have a dog (three actually) but even the smallest one wouldn’t fit into a wicker basket and they’d treat Toto like a chew toy. The ruby colored shoes I own are not constructed for long distance walking and if you ever catch me in poufy sleeves and gingham, please just put me out of my misery. Chicago does get the occasional tornado, but it would be an exceptional storm indeed that could pick up my house and set it down on a fortuitous target that I’d never, ever equate to my mother-in-law, at least not in writing.

However, I do have a few really cool friends who are exceptionally good at introducing me to very interesting people. They are wonderful traveling companions, knowing precisely the types of twisted adventures I enjoy. And though I’ve never exactly met a Great and Powerful Oz, generally when I agree to go with them somewhere, the results are often adrenaline-rushing, sometimes heart-thumping, and every once in awhile, mind-blowing.

In this particular case, my traveling companions are Brad Miska from Bloody Disgusting and film makers Jesse Holland and Andy Mitton. And yes, there’s even a real yellow brick road; but in this case it pretty much leads straight to Hell.

Though Brad runs the world’s most popular horror website, we actually became acquainted in such a ridiculously normal way that I’m actually embarrassed. Somehow it seems that “Mr. Disgusting” and Goth Chick should have met in some underground S&M bar in Taiwan (not that I have any independent knowledge of said S&M bar). 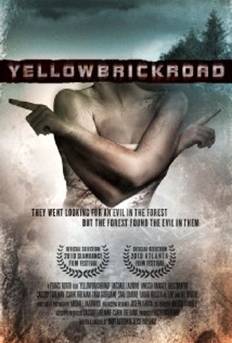 But no. Our meeting was so inauspicious that it doesn’t bear mention but needless to say that thanks to Brad, a screener for one of the slickest indy horror films ever found its way to the subterranean offices of Goth Chick News via its very creators Jesse Holland and Andy Mitton.

The premise of the story seemed so plausible that I actually did some research to determine if there was any sliver of inspirational truth to this tale, but not so. The whole plot comes straight out of Jesse’s and Andy’s imagination, which makes it all the more deliciously twisted.

YellowBrickRoad follows an expedition attempting to solve the mystery of the lost citizens of Friar, New Hampshire who back in 1940 walked together up a winding mountain trail and into the wilderness leaving behind their clothes, their money, all of their essentials.

A search party dispatched by the U.S. Army eventually discovered the remains of nearly 300 of Friar’s evacuees. Many had frozen to death. Others were cruelly and mysteriously slaughtered. The bodies of the remaining citizens are still unaccounted for.

The story tells that the location and coordinates to the YellowBrickRoad were declassified in 2008, leading to this journey into the unknown.

But of course, you can just see this isn’t going to end well. 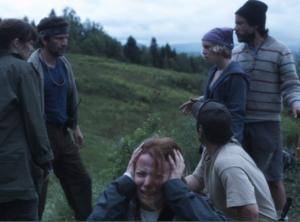 Now, like me, you may be tempted to look for Blair Witch Project or Cloverfield overtones in YellowBrickRoad, but I’m here to tell you that the cinema-verte approach to the story is the only similarity. YellowBrickRoad has slick cinematography, passing on that whole hand-held-camera effect.

The suspense builds though the nail-biting character development made possible by the solid acting chops of the cast; a few of which you may recognize. You’ve seen Cassidy Freeman in series like Smallville and CSI while Alex Draper has appeared in Law and Order, and Sex in the City.

But the too-horrible-to-look-away-factor comes from the psychological juggernaut that YellowBrickRoad becomes. Once things start to go bad, they just keep getting worse without letting up; daytime, nighttime, doesn’t matter, which is a big part of the black magic Jesse and Andy have created. 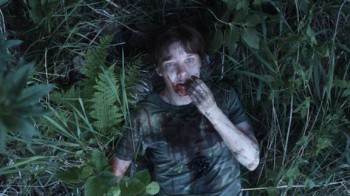 On a personal level, YellowBrickRoad is intriguing because whereas most indy film directors are extremely eager to tell you all about their project, Jesse and Andy have been almost maddeningly elusive about the deets on themselves or their baby. They don’t want to do interviews until after YellowBrickRoad hits theaters on June 1st. They are co-writers as well as co-directors who, according to IMDB, have very short resumes which you’re going to find really difficult to believe when you sit down to this high-quality mind scramble.

The production company behind the film, Points North Films, apparently has no history at all. Even Brad, whose website is promoting the heck out of the film doesn’t even want to talk about it yet. 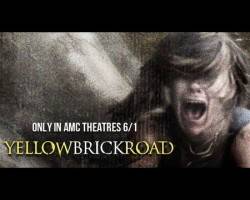 However, what I do know is that YellowBrickRoad is premiering at select AMC theaters nationwide as opposed to your local indy movie house, which generally means someone somewhere has put a serious financial backbone into this project. All the more reason to take the three gents up on their offer to talk about the film in more detail after its June 1st premier.

So until next week, watch the trailer here which I can tell you from experience is a pretty darn good representation of the final product. You can also see the list of theaters and hopefully your local AMC is one of the lucky chosen ones. Having seen YellowBrickRoad at home, I can’t wait for the big screen, surround sound experience.

Calling all fellow travelers on this weird and winding night road; are you going to try and see YellowBrickRoad, and what do you think of the cinema-verte trend? Do you have a favorite example? Post a comment or drop me a line at sue@blackgate.com.

[…] week I had the pleasure of bringing you an early look at the new indy horror film YellowBrickRoad. But much like the elusive Great and Powerful Oz himself, YBR writers and directors Andy Mitton and […]