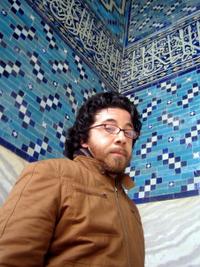 Over at Pat’s Fantasy Hotlist, guest blogger Saladin Ahmed had this to say about the modern landscape for heroic fantasy:

In recent years I’ve also discovered that there is a wealth of short-form heroic fantasy out there… Anthologies like the excellent Swords and Dark Magic feature some of the top names in the field (Erikson, Lynch, Abercrombie, Moorcock, Nix, Cook). And writers like Peter V. Brett have produced collections of short works set in their bestselling worlds (The Great Bazaar and Other Stories, Brayan’s Gold). But there are also some great short story ezines out there publishing the next generation of heroic fantasy writers: Heroic Fantasy Quarterly has made it their mission to bring back the pulp era with unabashedly larger-than-life adventures. Black Gate (the magazine where James Enge’s awesome Morlock Ambrosius got his start) is also working hard to revive the sense of wonder that heroes like Conan and John Carter of Mars used to evoke in readers. And Beneath Ceaseless Skies specializes in what the editor calls ‘literary adventure fantasy’ – stories that combine excellent prose and psychological depth with fantasy elements like alchemists, samurai, werewolves, and talking swords.

Thanks for the shout-out, Saladin! For our part we’re looking forward to your upcoming novel, Throne of the Crescent Moon.

I’m so excited we’ll get to meet him at WisCon!