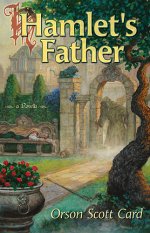 No doubt somewhere someone is writing a vampire series based on Hamlet (there is, alas, a Romeo and Juliet and Vampires novel) but, for now, they are separate categories for two of my reviews posted on the current (mid-May) SF Site.

The first is Orson Scott Card’s retelling of Hamlet, which pretty much follows the play’s plot, but with a twist at the end I suspect the original author no more would have thought of than, well, making Hamlet a vampire. 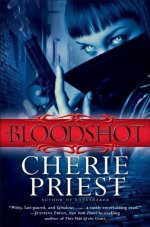 The second is Cherie Priest’s kickoff of an “urban fantasy” (a term which I take to mean “vampires who live and suck blood in cities”) called Bloodshot, featuring Raylene Pendle (aka Cheshire Red), and thief for hire who also happens to be a slightly neurotic vampire.

It’s not Shakespeare, but it is fun.