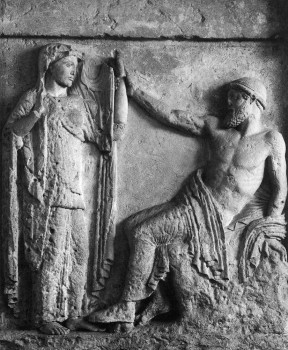 It’s true: the gods never have to go pee.

Unless they want to, that is. But they’re never inconvenienced by it. As far as I know, never in the history of human mythology has a divine being hurried someone else along during a meeting, or interrupted some vital piece of work, to relieve themselves. Even nature deities, whom you’d image to be most in tune with this sort of bodily necessity among the living, and, presumably, have some sway over its function (or lack thereof… yow!), don’t seem to bother with it themselves.

Excretion? Nothing beyond normal breathing, thank you.

And that is the true magic of deities, and why fantasy is destined, on the longest scales, to have greater longevity than science fiction. Because fantasy never gets brought down to the level of the mundane. It never misses a mark that reality has hit square. Science fiction, for all its glories, inevitably diverges from reality, and rarely for the better. We expect science fiction to be somewhat oracular, in that the technologies and situations presented remain plausible.

In this respect, science fiction cannot win. Well, sometimes it can. I’m sure Arthur C. Clarke and Jules Verne have been hoisting a succession of self-congratulatory bottles of Guinness for a while now, but for most writers, science fiction is a psychological sketch of a particular time thinking about itself, that gets misinterpreted as being about a future time. William Gibson, for example, was writing from the darkest depths of the eighties when he produced Neuromancer. The stratospheric rise of the computer networks, and their impact on society was foreseeable back then, but the form it has taken in the real world is far from the cyberpunk chic.

The closest thing to the Net of classic cyberpunk is Second Life and Twitter. The most cybernetically enhanced being I’ve ever met is a friend with the three tiny bones in his ear replaced with titanium duplicates. Artificial limbs remain inferior to our workaday meat limbs. And on and on.

If you take the view that most science fiction is just a type of fantasy, as I do, it helps, but the problem remains that the paradigm shifts are happening so quickly for readers that science fiction ages poorly. Asimov, in the foreword of one of the first editions of the second Foundation series, bemoaned the details of the originals. “We didn’t even know about black holes, back then!” he wrote (or words to that effect). But the changes that plague science fiction most are social, rather than technological or scientific.

Gender is one area this is especially evident in. The Golden Age was full of swaggering male scientists calling for their female secretaries to take a note. The protagonists (almost universally male) all had white-picket homes with a little woman in them. As great as some of the ideas presented in these stories may have been, reading them today evokes a slight cringe, and I’d be uncomfortable with my daughters reading them for this reason alone.

Fantasy, on the other hand, has had a greater share of female protagonists, and a generally better representation of women, at least as far as where they stood on the Absolute Power scale. L. Frank Baum gave the world Dorothy, Osma, Glinda, the Wicked Witch, and a host of others, while Carrol’s Alice and Howard’s Red Sonja continued the trend of interesting, diverse female characters.

Ethnicity, too, is an area where fantasy has had a far freer hand than science fiction. If science fiction needed diversity, aliens and robots did the trick, allowing the humans to be basically European. Science fiction, in its earliest incarnations, seemed to be egalitarian mostly by treating humanity as a single unified group confronted by various menaces from the stars.

Fantasy, because it drew so freely from traditional stories from so many cultures, always had a leg up in this area.  Arab, Greek, Norse and other mythology clearly made characters of various ethnicity easier to deal with, without getting tangled in the web of connotation our modern society had created. Ursula K. LeGuin’s Earthsea trilogy is just one example of this sort of ethnic freedom of choice.

And on today’s modern social frontiers, fantasy continues to have an upper hand. It can examine religious intolerance with faiths entirely divorced from ours (though it doesn’t tend to do this very well). Sexual identity issues are warmer, when examined in a fantasy setting, as Jacqueline Carey shows when contrasted with Greg Egan, for example.

Fantasy, on the other hand, has been old hat since before there were hats. It is timeless for the simple reason it can never be timely. The gods were cliche before humans wrote the first word, and the fears and misconceptions that coalesced into dragons and demons still ring true in our hearts today. Science steadily relegates speculation into the possible and the impossible, and science fiction suffers for it. But the gods never claimed they were possible, and so are never diminished by being put into their true perspective. They never have to give in to truth or necessity in any way.

That is why they never urinate. Unless they want to, of course, and then no force can stop them.

Excellent post. As a lover of science fiction, this is a topic I think about quite often. You are absolutely right, science fiction often has a hard time aging well.

The information age made so much of what was written irrelevant, to young readers particularly.

I think it is important to note that the Golden Age of Science fiction was heavily influenced by John W. Campbell, whose personal prejudices directly influenced what was being published at the time. I don’t really think it is fair to make generalizations using one specific period as an example.

Science fiction can address “social frontiers” in a direct way, which offers a different set of insights than what fantasy does. Both genres are capable of encountering social issues relevant to their time in their own ways. I don’t really think there is an upper hand to have here.

There’s a scene in Aristophanes’s The Frogs in which Dionysus can’t stop farting while he’s trying to row a rowboat to Hades. The play won first prize in one of the dramatic festivals sacred to Dionysus–you always hurt the one you love…

Your post puts me in mind of Le Guin’s old sf classic The Dispossessed, in which a physicist invents the ansible, and then has to use telephones–landlines, even!–to arrange his escape so he can promulgate his design freely.

[…] blog. (At this point, I feel the need to point out Aaron Starr’s recent excellent post “The Gods Never Urinate,” which is an exceptional case of this.) Even on our Twitter feed, @BlackGateDotCom, we […]