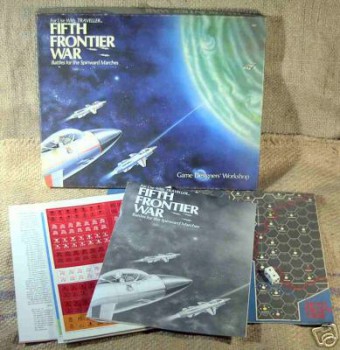 RHYLANOR/RHYLANOR (3120-A434934-F) 204-1107
Army vice-marshal Adam Lord Bryor today announced that a presumed state of war now exists between the Imperium and the Sword Worlds, following receipt of word that Vilis (Vilis 1520-A879533-A) was under attack by fleet and ground elements of that state. Characterizing the Sword Worlds’ action as “a perfidious betrayal”, Bryor dismissed the suggestion that sector capital Rhylanor might be vulnerable to a Sword Worlds attack.

“In addition to the corps of Imperial Marines on-planet, Rhylanor has twenty-five colonial divisions equipped to Imperial standards”, Bryor explained. “Even if a Sword Worlds squadron could fight its way through Rhylanor’s systems defense boats, there’s no conceivable way a Sword Worlds army could gain a foothold on-planet. Since Rhylanor is one of the foci for naval reinforcements from the Deneb sector, a Sword Worlds fleet would be courting disaster to strike here.”

When questioned as to possible plans to retake Vilis, a spokesmen for the 151st Fleet suggested that no such operation was likely to be undertaken in the near future, as most naval assets would probably be concentrated for an attempt to relieve the isolated 212th Fleet, which is presently stationed at Frenzie (Frenzie 1523-A646930-A) and is expected to fall back and join the 1st Provisional Fleet and Task Force 17 at Jewell (Jewell 1510 – A934857-E). While no Navy officials were willing to offer an opinion on the likelihood of a Zhodani-Sword Worlds alliance, various military experts have unanimously agreed that the Sword Worlds attack likely presages a larger scale incursion by Zhodani forces in the very near future.

Fabulous. This really looks like a great site, and I can’t wait to try out Fifth Frontier War. I’m really impressed. Part of me is inspired to contemplate trying to learn the coding process so I can get a few games up there myself… and then I recover my sanity. It must have been truly time consuming.