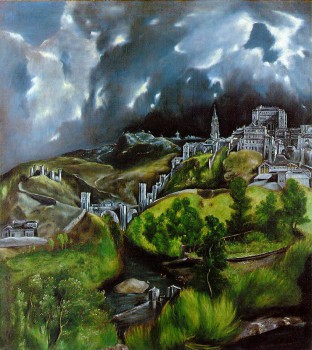 I’m getting prepared to go on vacation in my own hometown, staying in a hotel a mere five miles from my current apartment. That’s what you get when you win a free trip to Hollywood . . . and you live in Century City (a.k.a. “Beverly Hills Adjacent”).

I am getting good mileage out of that joke, believe me. For this year’s Writers of the Future and Illustrators of the Future workshop and award ceremony, people are being flown into Los Angeles from as far away as Perth in Western Australia and Johannesburg in South Africa. As for me: a right turn, a left, another right, another left. With good traffic, sixteen minutes, or so declares the Lords of MapQuest. I don’t know if I’ve ever gotten to Hollywood in under sixteen minutes, but I tend to travel there during peak hours.

But what’s this post really about, since I imagine most of you do not dial into the Black Gate frequency to hear my driving reports?

First, it’s to explain why I might not have a post up next Tuesday, which is the start of the workshop week for winners of the Writers of the Future Contest. Second, it’s to shamelessly plug the upcoming Writers of the Future Vol. 27, in which I’ll be making my professional fiction-writing debut with my story “An Acolyte of Black Spires.” The anthology’s unveiling will be on Sunday, May 15, but the book won’t be on sale at bookstores and online outlets until the next month. None of the contributors have even seen the cover yet, nor have we seen the illustrations for our individual stories. (There’s apparently a special procedure for that.) The ceremony on the 15th at the Hollywood Roosevelt Hotel will stream live through the Writers of the Future website, in case anybody cares to see what I look like in a tux. Also, I have a few people on the Black Gate team I plan to mention in my speech. So, John, Howard, and Bill . . . you might want to tune in. Just saying.

But what I really want to talk about is the bizarre nature of “short story order.” When I first set out to write short stories in a series, I knew I would not have much control over the order in which they appeared. I’ve read enough on pulp history to understand how that works. However, 1) I never expected to sell any of these stories; and 2) I would never have imagined that this particular one would be the first in the series to appear.

In 2005, I was searching around for a science-fiction or fantasy short story series. I had not written much short fiction at the time, but had already written a number of novels. I thought that if I could find short stories that clicked into a series, it would be easier for me to actually get a short story done. (Yes, I find it harder to write a short piece than a longer piece. You know the canard about, “I didn’t have time to write you a short letter, so I wrote you a long one”? Yeah, that’s me.)

However, I didn’t want to write a character-driven series. I was interested in exploring the Clark Ashton Smith way of developing a setting, and them jumping freely around it, both in space and time, varying the tone and having room to experiment. In the summer, I first came up with a setting conception I liked, a science-fantasy continent that mixed medieval-level human civilizations, dinosaurs, and weird-tech . . . and then I sat on the idea for more than two years, doing nothing more than vague notes. I tried writing one story, got two thousand words into it, hated it, and tossed it aside; something was missing from the setting and I had no notion what it was.

Move forward to early 2008. The setting, which I named “Ahn-Tarqa,” finally got beaten into the right shape when I found the missing piece, the overall “theme.” Latching onto this motif, I took my love for Rudyard Kipling’s novella “The Man Who Would Be King” and used its structure to create a new story I called, “The Sorrowless Thief.” And I finished it, and felt good about it. A week later, I wrote a second story with a very different tone, using a more “barbarian sword-and-sorcery” feel with a tip of my hat to Japanese giant monster (kaiju) movies. That was “Stand at Dubun-Geb.” I liked that too. Next month, a third story got written, “The Forever Usurper,” in which I delved into something more horrific, using Clark Ashton Smith’s more grisly stories, particularly “The Isle of the Torturers,” as a template. I liked that work as well, even if I thought it a bit more ghastly than what I normally write.

It was near the end of the year that I started writing a fourth story that I figured had the least chance of seeing publication. At this point, John O’Neill had purchased both “The Sorrowless Thief” and “Stand at Dubun-Geb” for Black Gate, and I was feeling better about the Ahn-Tarqa stories having appeal beyond my friends. I had a story concept that I wanted to write for myself more than anything else, because it was a bit of an exploratory piece into Ahn-Tarqa’s backdrop. Essentially, I wanted to know more about my villains.

The previously finished stories all made references to a race of masked creatures known as “The Shapers,” masters of weird-tech, cruel and cold, with impenetrable motives. A Shaper had only physically appeared in one of the stories, and it remained in the shadowy fringes and spoke no lines. In the other stories, the Shapers were alluded to, either as something in the past, or a threat on the edge of the story. The remains of their experiments were often driving forces in the story, but the Shapers themselves did not appear.

I scribbled down in my notebook, “Story from Shaper POV?” Very deserving of a question mark. I shouldn’t rip away their masks this way, they were mysterious bad guys! Why kill the mystique?

Oh what the hell? Not like anyone was going to read this anyway. Here goes. . . .

Night in the City of Spires was an eldritch sight, especially since the energy recession had forced the halving of the power to the glow globes that lit the streets and buildings. Valmeyr sat in his chamber in the peak of the Torn Spire and watched over the lamps of the sprawl below him. His elongated fingers strokes [sic] the fur of the miniature scimitar cat cradled in his arms.

A half page later, I stopped, saved the file as “Shaper dabbling,” and put it aside. Yeah, never mind.

At beginning of 2009, I pulled it back out again. The writing wasn’t that great, but at one point I did like this idea, so I tried again. I ditched that first page except for some paraphrasing, changed the character names, and finished the whole seven thousand-word first draft. But I didn’t know what to think of it, and it did feel as if I were revealing my villains too much. Plus, I had written an ending that left open the possibility that we might see some of these characters again, and I had specifically wanted the Ahn-Tarqa stories to stand alone.

But the genie was out of bottle in my own writing, and while the story I had titled “An Acolyte of Black Spires” (because Clark Ashton Smith loves the word “acolyte”) was aging in first draft form, I wrote a story that had a possible overlap with it. “Possible,” because I left it vague in case I changed my mind. I ran back to “An Acolyte of Black Spires,” and as the starting gun for National Novel Writing Month was only a few weeks away, I wanted it sealed up. But I was feeling a bit crazy, and remembering Heinlein’s rule about how you must submit what you write, after I finished a third draft I sent “An Acolyte of Black Spires” off to two of the biggest speculative fiction magazines, where I knew I hadn’t a chance of selling it.

National Novel Writing Month hit, and to my complete surprise (actually, Bill Ward suggested the idea to me; thanks Bill) I started writing an Ahn-Tarqa novel. A novel which starred the main character from “Farewell to Tyrn,” the story with the possible overlap to “Acolyte of Black Spires.” And the novel eliminated the “possible” part, making the connection between the two clear.

November ended, and I had to start packing to take a trip to Munich for the holidays to see my sister and my nephew. “Acolyte of Black Spires” came back from a major magazine with an expected form rejection slip. I noticed that the Writers of the Future Contest deadline for the first quarter was coming up, so I mailed off the story to them, figuring it would have the same level of success. I had never submitted to the contest before, but I knew they got around a thousand entries each quarter. I flew off to Germany and forgot about it.

In March, I was told the story was one of nine finalists in the contest for the first quarter.

In June, “An Acolyte of Black Spires” became one of the winners of the contest, with publication slated for next year.

And now, “An Acolyte of Black Spires” will be the first Ahn-Tarqa story ever published.

So, my mysterious masked villains in my science-fantasy series will start the series out by ripping off their masks.

And — I’m okay with that. Actually, I’m thrilled. I didn’t expect it to turn out this way, but I have become very proud of “An Acolyte of Black Spires,” and looking over it I think it introduces the themes of Ahn-Tarqa in an interesting way. Since no story was written specifically as “the opening story,” (I knew I wouldn’t have control over that) there was no bad way to get it started. Of the nine Ahn-Tarqa stories I’ve written to at least first draft state, plus the novel, I think the one that would have probably been the worst to start with is “The Forever Usurper” because it could have marked the series as more horrific in tone than it is over all.

(In case you’re wondering, “So why the image of El Greco’s ‘Toledo’ at the top of this post?”, the answer is that this painting was a visual inspiration for “An Acolyte of Black Spires.”)

A vacation five miles away is still a vacation! Congrats man, and I’ll be watching you sweat on the podium.

And I think all this goes to show that sometimes you just can’t dictate the story, instead it takes you where it wants to go.

and sometimes that’s just up the road or Hollywood. 🙂 Congrats on the unusual yet beautifully told tale Ryan!

Congratulations, Mr. Harvey, on both your upcoming vacation as well as your recognition. Well done, sir.