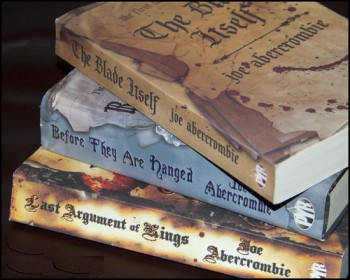 So, I finished reading Abercrombie’s The First Law series. I quite liked it despite the various criticisms I’ve mentioned in the past, but I wanted to mention something that struck me about the book’s most interesting character, the torturer of the Royal Inquisition, Sand dan Glotka. Abercrombie devotes a great deal of time and attention to Glotka and it shows. His backstory is involved and interesting, his descent from superficial hero to deeply introspective anti-hero is compelling, and he manages to come off in a sympathetic manner despite the many awful deeds he consciously elects to perform. There is only one significant problem with the character of Glotka.

The greater part of the Inquisition as portrayed in The First Law is a load of historical bollocks. 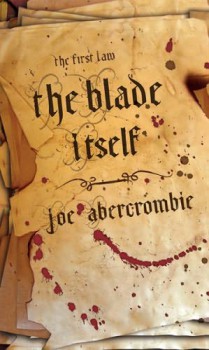 This will no doubt come as a complete surprise to most readers of fantasy fiction, but the popular image of an inquisitor as a sadistic, red-handed, heavy-breathing religious fanatic is about as historically accurate as a portrayal of a hook-nosed, money-grubbing Jew whose favored beverage is the blood of Arab or Christian children. The image is actually based on 19th century Russian fiction that was drawn from what is now known as The Black Legend, the collective set of anti-Spanish propaganda concocted by the various rivals of Imperial Spain starting in the 16th century.

Dostoevsky’s unforgettable tale of the Grand Inquisitor from his great novel, The Brothers Karamazov, created an indelible image of cruel, self-righteous evil that remains with us today. But the fact is that Abercrombie’s Royal Inquisition probably has a bigger body count throughout the three books of the series than the Spanish Inquisition managed to amass throughout the 345 years of its existence.

In fact, the historical Inquisition, or rather, the most infamous of the four historical inquisitions, accounted for fewer deaths on an annual basis than Abercrombie’s Bloody-Nine did in practically any battle in which he participated. To be specific, the Spanish Inquisition was responsible for pronouncing 9 death-sentences per year, which is less than one-quarter of the number of annual executions presently being performed in the USA. 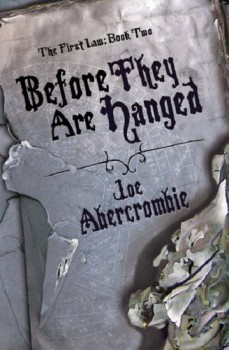 It is ironic indeed that Glotka is portrayed as being blood-drenched and worn out from his exhaustive torture sessions, as the historical inquisitors were not permitted to shed blood and only performed a single torture session of 15 minutes. The reason was that torture was only used to secure a confession to a crime of heresy that had already been attested by witnesses, although it should be kept in mind that heresy was tantamount to royal treason in a time of war because the epic, centuries-long struggle of the Reconquesta was in its final stage. Torture was least often used by the Inquisition in Valencia, where only 0.5 percent of those tried were forced to undergo it, while the highest rate was at the notorious tribunal of Seville, where 11 percent of those tried underwent torture. (A glance at a map of Spain will partially explain this significant difference; Seville was about 60 miles from the Castillan border with the Nasrid Emirate of Granada.) This means that fewer than 10,000 people were tortured by the Spanish Inquisition, about 30 people per year on average. Nor were inquisitors permitted to kill anyone. Executions were even less common than torture, as the records show that of the 44,674 individuals tried between 1540 and 1700, only 804 were categorized as being relictus culiae saeculari, or released to the secular authority for execution. Overall, historians estimate that between 2,000 and 3,230 people were executed by the crown during the 345 years of the Spanish Inquisition. In comparison with other judicial systems of its time, the Spanish Inquisition was remarkably organized and humane; one can even go so far as to say it was demonstrably more judicious and law-abiding than many modern courts today. 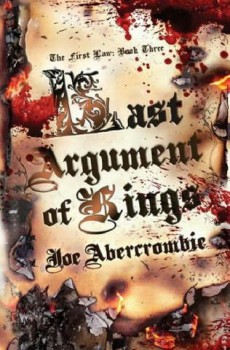 In Abercrombie’s defense, it must be pointed out that if one disregards the torture porn element, he does get two very significant aspects of his fictional inquisition correct. The first one is the royal aspect. Despite its Papal authorization and clerical personnel, the Spanish Inquisition was a secular bureaucracy of the Spanish crown; inquisitors were agents hired by the king. (Or to be more initially specific, by his wife, the Queen of Castile.) Under strong pressure from King Ferdinand, Pope Sixtus IV granted both Spanish monarchs permission to establish inquisitions in a bull entitled Exigit Sinceras Devotionis Affectus on November 1, 1478, but neither King Ferdinand nor Queen Isabella actually got around to establishing one for another two years. The second correct aspect is the way in which the primary concern of Abercrombie’s inquisition is not related to religion, but rather ensuring loyalty to the crown. The same was true of the historical Spanish Inquistion, as the initial impetus for setting it up appears to have been the brutal sacking of the Aragonese city of Otranto by a Turkish fleet in 1480, and there is almost surely a direct connection between the sack of Otranto, (July 1480), the establishment of the Spanish Inquisition, (September 1480), the subjugation of the Emirate of Granada (1492), and the subsequent expulsion of the non-converting Jews (1492) and Muslims (1502).

For all that his awful occupation is almost entirely fictitious, Sand dan Glotka remains a fascinating character study. But it is always important to remember that fiction, no matter how well it is written or how convincing it happens to feel to the reader, is not a reliable means of obtaining a historical education. And one more thing. The inquisition never ended. It still exists today, although it is no longer called the Roman and Universal Inquisition, but is now known as the Congregation for the Doctrine of the Faith. The present Grand Inquisitor, who now bears the title of Cardinal Prefect, is His Eminence William Levada of Long Beach, California.

Well, you have a better opinion of The First Law than I do.
Anyway, a good post in general. Thanks for giving a brief history of the inquisition. I knew a bit, but didn’t know all of it.

Thank you. You’ve nailed a pet peeve of mine, which is the way people automatically rely on the history they think they know. Every time someone rails about the Puritans as if they emerged directly out of The Crucible it makes my teeth hurt. The Inquisition is another good example.

Okay, you are historically correct about the scale of the Spanish Inquisition until you made the ridiculous claim that “In comparison with other judicial systems of its time, the Spanish Inquisition was remarkably organized and humane; one can even go so far as to say it was demonstrably more judicious and law-abiding than many modern courts today.”

The Roman Inquisition executed less people (~1250) over basically the same period (1562-1858). And having studying the justice system of France in the early modern period, I can tell you that the number of people tortured or put to death by the inquisition was exactly none, as it never operated there during the time. The French crown had effectively broken its power in 1455 when Charles VII got Joan of Arc’s conviction posthumously reversed, establishing royal law as superior to church law. With that in mind, the early modern French justice system was very equitable, especially the ability of the common people to access it and get fair treatment.

But to get back to Abercrombie, I never had an issue with the Inquisition of his books not hewing very close to the historical reality of the Inquisition (Spanish or otherwise), because as you noted, fantasy isn’t history. So it means Abercrombie’s depiction is kind of a moot point, as he isn’t required to be faithful to real history in a secondary world and none of his readers are required to take it as real history either.

However I did have some problem with his Inquisition, and for what I think are far more interesting reasons then those you put forth. The Royal Inquisition of the books doesn’t make a lot of political sense. The Union isn’t a centralized absolute monarchy like Spain was, and even more so, the Union has a relatively open political system with the Open Council, made up of all the nobles of the land. While often depicted as a squabbling bunch of vain nobles, it’s wishes cannot be entirely ignored by the King and the Closed Council. More importantly, the Open Council gets to elect a new king in the case of there being no clear royal heir. To me it seems very strange that the more broadly distributed power of the political system can coexist with an institution that is the creature of autocracy, especially since the the books seem to indicate that the political system of the Union predates the Royal Inquisition.

an absolutely great article, I have the first title of The first law saga on my to be read books pile, I think the somehow misunderstood and exagerated by some blogs article by Leo Grin has had the result of more people interested in the works of Abercrombie
I know his secondary world was more or less based on the european and eurasian later middle age and first modern age but not that his inquisition was based on the spanish one
very interesting and thought provoking article specially for spanish people like me

The early modern period in Europe is generally understood to have been post-Reformation, concomitant with the rise of the modern nation-state in the 16th century. The establishment of royal law as superior to canon law simply meant the locus of the practice of torture was moved from the church to the nation-state. There was not much change in the practice of torture under the emerging secular regime in early modern France until the 18th century: http://www.amazon.com/Tortured-Subjects-Truth-Modern-France/dp/0226757544

I think it’s rather presumptuous to assume that readers of fantasy don’t realize that Abercrombie and most other fantasy authors only loosely base their stories on historic fact, if they even base anything on fact at all. I mean if they wanted to write something historically accurate, I would think they’d be writing historic fiction or the very least historic fantasy.
On that same note, I think if or when someone is interested in reading something that is more historically accurate, they don’t pick up a book like Abercrombie’s or any other fantasy author.
They’re probably be several comments to follow that argue otherwise, but I would imagine that in general ,people who read books for pleasure are going to put a little more thought into what they are reading and, for the most part, have the good sense not to expect anything in these books to be historically accurate. If you assume otherwise, I think you could be just selling most bookworms, or maybe it’s just Abercrombie fans, –of which I am one- short.