Reading The New York Times on-line (something I used to read about people doing in science fiction novels; I still prefer the actual paper version, though my resistance to eventually getting an e-book reader of some kind is slowly crumbling), I came across these two divergent items of interest to those who ponder the stability of our immediate universe: 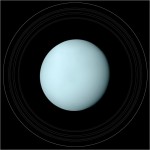 Astronomer James Elliot gets a featured obit because he discovered the rings of Uranus (okay, wipe that smirk off your face). What’s also noteworthy is that he apparently did so in a kind of jury-rigged  fashion.  According to the Times obituary:

In 1977, using a telescope in an airplane, Dr. Elliot led a team of Cornell University scientists to observe the planet Uranus when it passed between Earth and a star. Flying at night over a patch of the Indian Ocean where Uranus’s shadow was to be cast, he had the foresight to turn on his equipment more than a half-hour early. This allowed him to record a series of slight dimmings that provided the first evidence of Uranus’s rings…“In the current culture of giant spacecraft missions and multibillion-dollar experiments,” Dr. [Michael] Person said, “he showed that someone dedicated to science with relatively small resources could still make very exciting discoveries.” 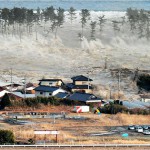 Also in the news is the tsunami and the largest earthquake in a century or more that hit Japan. Whatever our global technological progress (even while world politics continues to destabilize), we tend to forget just how fragile we are as a species even without our efforts to do ourselves in.  During the Cold War, the end of the world was nuclear.  Then it was terrorism and religious fanatacism.  But, maybe it will end up just being good old Mother Nature.  Time to go reread J.G. Ballard.