Another NaNoWriMo has come and gone, with mixed results for me. I won, in that I wrote more than 50,000 words. But I didn’t come close to the target of twice that, which is what I was aiming for. In the past, my pace tended to pick up as the month ended; this time around a bad cold hampered my progress, and I didn’t even crack 60,000.

Still, there’s a sense in which I think I accomplished what I was after this month. I took an idea, or a collection of ideas, and started giving it form as an actual story. I wrote enough to gain a sense of the thing; how it’d be shaped, what sort of themes would be prominent, what kind of voice I’d use to tell the tale.

Perhaps the main point is that I learned what the scale of it would be. I started with the notion that I’d be writing two books, totalling maybe a bit more than 100,000 words; I know now that I’m working on a four-volume story, probably with a word count of between 300,000 and 400,000 words.

Because of the way I conceived of the story, it breaks down nicely into four books, each (I hope) between 75,000 and 100,000 words. Hypothetically, it could be published as a series. But practically I look at it as one novel. 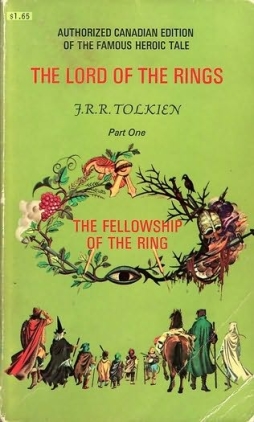 The two things aren’t necessarily contradictory. Tolkien viewed The Lord of the Rings as one novel, but it had to be published as three separate volumes. Marcel Proust’s one-and-a-half-million-word À La Recherche de Temps Perdu is always considered a single work, but broken up into all kinds of different configurations of its seven volumes for publication.

It goes to show the flexibility of the novel form. Heart of Darkness, at less than 40,000 words long, counts as a novel, but so does À La Recherche de Temps Perdu. That’s an incredible range. Is it actually too large to be meaningful?

Kim Stanley Robinson, whose three Mars books together make a single epic tale, has said that he considers there to be a word-length category beyond ‘novel’. Very Long Books like The Lord of the Rings, War and Peace, and so on have a feel to them distinct from the typical novel, he argues, and should be viewed as a form of their own (I can’t find the link to the interview where he mentioned this, but here’s a message-board thread which refers to the observation, and considers some interesting features of books of different word counts). 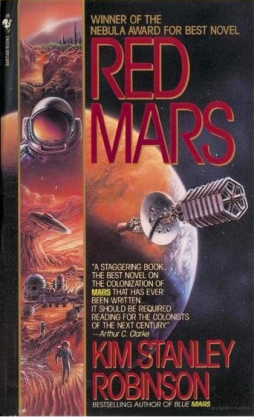 On the whole, I agree with Robinson. I have a weakness for Very Long Books, or Epic Novels, or whatever we might agree to call them. I think they feel different, more immersive, than a novel of 100,000 words or less. If the novel can do anything, an epic novel can do everything—tell a complex story, present detailed character portraits, and describe at length a setting or settings that the reader can lose themselves within. For a novel of less than, say, 150,000 words (or possibly even 200,000 words) to do all these things is very rare.

Obviously novels have an incredible variety, and can cover a vast amount of ground. But I find there is, at their best, a quality of generosity to epic novels. If the sustained quality of invention is there, you get more out of them. 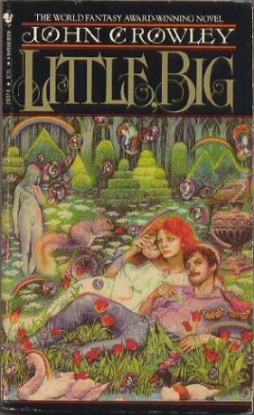 That’s a big ‘if’, of course. I think fantasy fiction in particular isn’t lacking in long works that are shaggily-constructed and blandly-written, long only because the author isn’t interested in being brief. I have my own ideas of what books this describes, and I don’t doubt everybody reading this has their own views as well. But look at the successes: The Lord of the Rings, The Book of the New Sun, Little, Big, Jonathan Strange & Mister Norrell, perhaps Dan Simmons’ Hyperion Cantos sequence, depending on whether you consider it a single story or not. And that’s just in the field of fantasy, without considering Bleak House, or War and Peace, or John Cowper Powys’ A Glastonbury Romance, or Joyce Carol Oates’ Bellefleur, or Michael Chabon’s The Amazing Adventures of Kavalier and Klay.

To me, what makes an epic work is its structure; the sense that the length of the story is justified, because it has so many different parts, which relate to each other in such a complex fashion, that the tale could not be told in a shorter way. Obviously The Lord of the Rings is a great example of this, but so in its own way is Joyce’s Ulysses. Even if you don’t like the book, it’s pretty clear that it had to be the length that it is in order to present the structure behind it; the structure grows from the symbolic framework, which also demanded the stylistic variation, and all these things needed a certain amount of words in which to be presented. 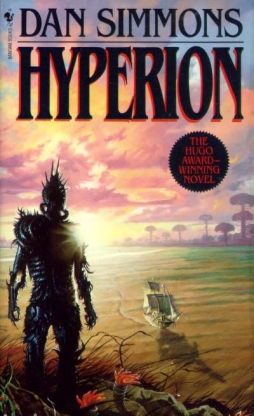 Similarly, I think the structure has to be what distinguishes a long book told over the course of several separate volumes from a series of books with an overall climax. That is, I don’t think having a single big explosive finale, however cleverly foreshadowed, makes a series of books a unified work. I think an epic novel has to be integrated in its every part, despite its length.

To some extent that’s a function of the individual reader. Some people will see a series with a conclusion as a single whole; to others it’ll be something else. It’s perhaps the question, at a larger scale, of whether a set of linked short stories can be considered as a unified novel. Sometimes the answer’s yes, sometimes it’s no, and a lot of the times it depends on what your criteria for a unified work really is.

If a complex but unified structure defines an epic novel, can other characteristics be found for them? Well, it seems to me that most successful epics have a distinctive style—or, as in the case of Joyce, a distinctive range of styles. I think that’s true of Tolkien, or Tolstoy, or John Cowper Powys; there’s a specific voice, a way of telling the story that’s as necessary to the overall conception of the work as anything in the plot. 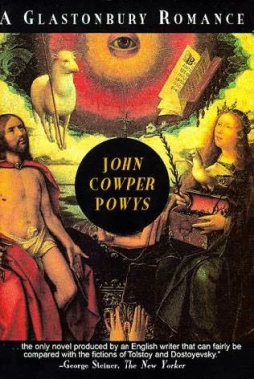 An epic poem by definition uses a high style. The range of styles for the prose epic is wider, but the question of style still seems a key consideration. The epic is a construction of language; an extended construction that may claim some level of universality, or present itself as a thorough investigation of its subject or of the world as a whole. So the language it uses in presenting its world has to matter, and a richness and variety in its diction may follow from that. Obviously this is true for regular novels as well, and obviously ‘shorter’ novels may be stylistically rich; but I wonder whether the greater length of the epic allows for more stylistic play.

These sorts of things are in my mind as I find myself working on a long novel. I hadn’t intended to begin such an involved project when I sat down at the start of November, but the past month has left me with no choice but to accept that that’s what I’m doing. I think I’ve got a solid enough structure that it can work. Whether I can evolve a satisfactory style, whether the process of putting it all together will lead to a coherent work, I don’t know yet. I think I’ve got the basis of a usable voice for the story, but we’ll see how that evolves as I keep working on it.

I’ve spent November working on a novel, and I find I’ve just reached the end of the beginning; just enough done to show me how much there is to do. That’s a useful start. I don’t necessarily feel like I’ve accomplished something; but I do feel like I’ve realised what the scale of the potential accomplishment might be. Now, and for the next few months (for a first draft), and for some time after that (to get finished), I’ll be working at getting the accomplishment realised.

Black Gate » Blog Archive » The Book of Modred: An Excerpt

[…] November, I blogged about my participation in NaNoWriMo. The following is an excerpt from what I wrote that month, for those who’d like to see how it […]

[…] say firstly that I am not one of the readers who dislikes the detail of the book. I generally prefer long books; I think the tendency to brevity is natural for stage and film dramas, but I’m not convinced […]