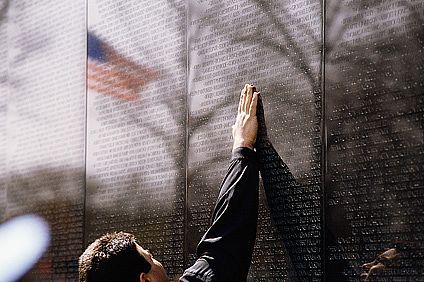 Today is Veterans Day. For our readers and contributors in the United States, today is a federal holiday (no mail!).

Known around the world as Armistice Day and Remembrance Day, Veterans Day commemorates the signing of the Armistice that ended World War I. Major hostilities of that war were formally ended on the 11th hour of the 11th day of the 11th month of 1918.

In 1953, a shoe store owner named Alfred King lobbied residents of his small town of Emporia, Kansas, to expand Armistice Day to celebrate all veterans, rather than just those who’d served in World War I. The local Chamber of Commerce agreed, and Representative Ed Rees (also from Emporia) helped push a bill for the holiday through Congress. President Dwight D. Eisenhower signed the bill into law on May 26, 1954.

The Black Gate staff is an international group of writers who celebrate fantasy in all its forms. We’re particularly fond of tales of warriors, men and women of valor who struggle heroically against great odds, and we honor the writers who’ve paid tribute to those who fight the good fight, real and imagined, every day here on the Black Gate blog.

But today there are men and women around the world who have left their homes and families behind to take up arms and stand on guard for something they believe in. As most of us are painfully aware, often they pay for that dedication with their lives.

Today we’d like to take a moment to honor them. And we hope that all of you who enjoy fantastic tales of selfless heroism, as we do, will remember that our communities are filled with veterans who have made sacrifices on our behalf, and perhaps make the time to reach out to them. To let them know we honor the heroes in our midst just as much as — if not more than — the Aragorns, Arthurs, and Amazons who fire our imagination.

Sweet salute, Black Gate! Sorry I missed this on the actual day, but I shall (legally) pass it along.