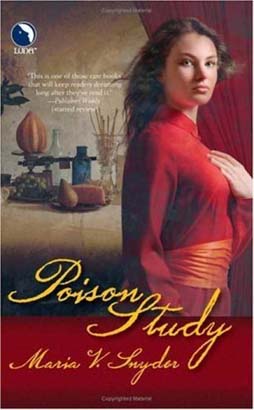 Five years ago, my first novel, Poison Study was published. It came out in hardback with a beautiful red and gold cover that was loosely based on Vermeer’s painting The Girl with the Pearl Earring.

The cover model was from Russia, which was perfect since my main character’s name was Yelena, which is a popular name in Russia.

Too bad she returned to her homeland before the cover shoot for Magic Study. But that’s another story. And no, I’m not dredging up those painful memories, thank you very much.

Since 2005, Poison Study has had two more covers, has been published around the world and has won multiple awards.

Who da thunk it! Not me. Let’s go all the way back to 1995 (and don’t you dare tell me that was before you were born or I’ll smack you upside the head). 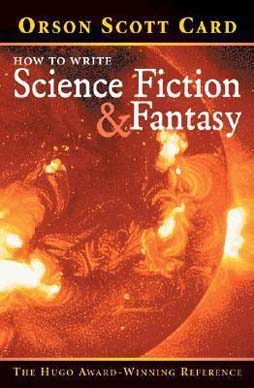 Back in 1995, I’m reading Orson Scott Card’s How to Write Science Fiction and Fantasy – because I had written a bunch of short stories that were all soundly rejected and I was thinking perhaps I needed a few pointers (no comments on still having my short stories rejected).

Card talked about characters and how writers should avoid making the King or Duke or Prince or their female counterparts their main protagonist. He mentioned that people around the seat of power had more freedom to get into trouble.

And Zing! I sparked on the idea of having a main character be the King’s poison taster.

And now a small confession (no, mom, I’m not the one who broke your favorite crystal vase), the idea of using a food/poison taster wasn’t entirely pulled from the depths of my creative soul.

You see, by then I had been married to a man who tastes chocolate for a living (he does other nerdy engineering things, too, but everyone’s eyes glaze over when I list those). So from 1992 to 1995, I’ve been listening to him talk about flavor, texture, aftertaste, aromas, etc… so the Zing had roots. 🙂 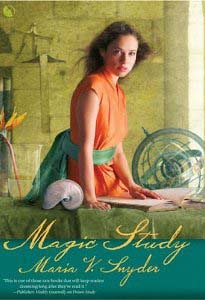 After I decided to make my main protagonist a food taster, I had this romantic heart wrenching scene in mind. The king had fallen in love with his food taster and at this critical point in the story she HAD to taste his food and everyone knew it had been poisoned.

I imagined the scene from the King’s POV as he watches her taste the food. Well, this scene never was written. You see, monarchies are one of those tropes of fantasy and have been done over and over again. I wanted my story to be unique and stand out from all the others piled on an editor’s desk.

That’s when the Commander came in and had his assassin take out the King and his corrupt family and set up a military dictatorship.

Have you guessed by now that I’m not the type of writer who sits down and plans a novel out? Well, I’m not. I’m a more organic writer, letting a story grow and flourish. I worked on Poison Study for many years, lovingly babying it along and nurturing it. Something I can’t do now because of those nasty evil things called deadlines.

I also thought Poison Study would be a stand-alone novel for adults. Wrong on both accounts. While it was published for adults, it has also been re-published for young adults. No, I didn’t change a word – all that changed was the cover.

It took two years for me to find a publisher. Forty agents rejected it and then 17 publishers. The major SF/F publishers said it didn’t sound like a medieval fantasy— the language was too modern. Duh! It’s not set in the middle ages, people – it’s set in a fantasy world. They have horses and swords, but otherwise no resemblance to that time period. Capice? 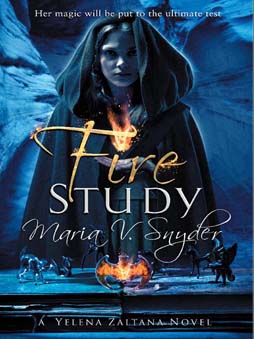 My editor and a few critiquers have said my fantasy is accessible. Or as I call it — fantasy lite! Same story as a regular fantasy, but with half the calories. Calories as in details and description – I focus on the characters and the action and you won’t get a history lesson or characters talking in other languages like elven and goblin in my stories.

Down, but not out after all those rejects, I saw a listing for LUNA Books – they wanted strong female protagonists and romantic sub-plots. I had the strong girl so I gave it a shot. LUNA books picked it up in 2003 and they offered me a two-book contract.

My editor said, “You have another one right?” and I was like, “Yyyyeeeeaaaaahhhhhh…..when do you need it by?” I had 18 months to write Magic Study.

Six books from one little spark thanks to Orson Scott Card and my husband. 🙂