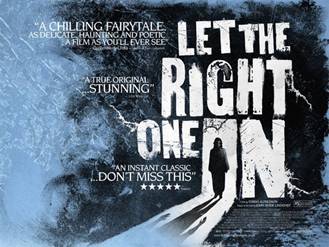 In the name of journalistic integrity, with stomach fortified by a hearty breakfast, I took myself to a Sunday morning matinee of Eclipse. I mean in all good faith I couldn’t hack on something I hadn’t seen.

But now thankfully, I can.

The theater was empty sans me and some guys sitting a couple of rows behind. In the minutes leading up to the start of the film, I overheard their conversation which helped explain why four, twenty-something men were about to sit through the third installment of the Twilight saga.

Apparently they were there solve the mystery of their girlfriends’ collective mania which had, until now, completely eluded them.

And from what I understand, they pretty much agreed they all hated Robert Pattinson just on principal.

If you’ve read this blog before, you already know how I feel about what Stephenie Meyer, author of the Twilight books, has done to my beloved vampire. 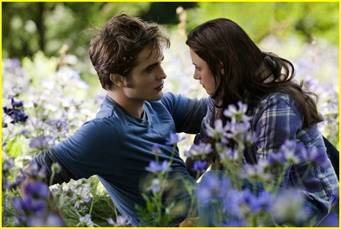 In Stephenie’s world vampires are not tortured characters, forced to live without human pleasures and relegated to a nighttime existence sustained by blood.

Certainly not! In this world vampires are gorgeous, sparkling creatures who traipse about in the sunlight, romancing humans in flowery, sun-drenched fields instead of feeding on them, and living about as lush an existence as any successful stockbroker.

In this world, the only sacrifice the vampires make is living in an Alaskan backwater. Which you may think qualifies as “tortured” but come on; whose definition of “vampire” is this anyway?

Give me back the vampire that first made me sleep with the closet light on for a solid week; the pale, hollow-eyed being who stares after humans the way I look at medium-rare filet mignon; the creature who begins to smolder the moment the first rays of dawn break over the horizon and whose behavior obeys centuries of conventional folklore.

In short, give me Eli, the vampire.

I first become acquainted with Eli in the movie Let the Right One In. It’s a Norwegian import that I found under the “horror” category of my cable “on demand” menu so I was a little skeptical about making it through the subtitles.

However, about five minutes in I was starring so hard at the TV that I nearly forgot to blink.

Let the Right One In tells the story of a lonely and bullied little boy Oskar, who is befriended by a strange new neighbor. Though the girl looks to be about his age and every bit as lonely, she has unusual habits like only coming out to play after dark and never opening her window shades.

There’s also that rather unpleasant smell that starts coming off of her every few days or so, seemingly in tandem with a deterioration in her appearance.

Oskar wonders if that man she lives with (her father?) is starving her, but then Eli shows up looking radiant and healthy and Oskar thinks he might be falling in love.

I think you probably get the idea. 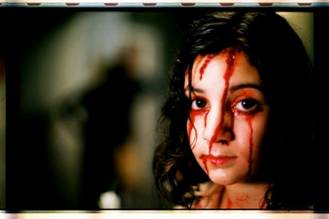 I was so enthralled with the movie that I when I discovered it was based on a book of the same name by Swedish author John Ajvide Lindqvist, I picked it up and read it in one sitting. Unlike most adaptations, the film version of Let the Right One In did not deviate from the book but offered an expanded dimension to the story.

John Ajvide Lindqvist created a vampire in the tradition of Dracula while adding the intriguing twist of giving the monster the form of a little girl, which makes the whole concept all that more horrifying if you ask me.

And while Eli obeys all of the standard and often nauseating vampire conventions, you can’t help liking her if only for the comfort and protection she offers poor, long-suffering Oskar; even when you find out her motivation for doing so.

Eli is a soulless, murdering demon with limp hair and a pasty complexion, who I ended up rooting for all the same. No glitter necessary.

So it is with unbridled joy that I tell you Let the Right One In is being remade for American audiences under the title Let Me In, to be released in October, 2010.

Chloe Moretz, my favorite little assassin from the movie Kick Ass, is cast as “Abby” (the Eli equivalent), while Kodi Smit-McPhee a relative new-comer from Australia plays “Owen” (aka Oskar).

Though I’m not sure that remaking a movie which was only released in 2008 just because it has subtitles is the greatest of ideas, I really am still excited to see the new version.

My only fear is that it will be “gore-d up” for American audiences.

The scare-factor in the Swedish version had nothing to do with the overuse of blood. Click here to see what we have to look forward to just in time for Halloween. 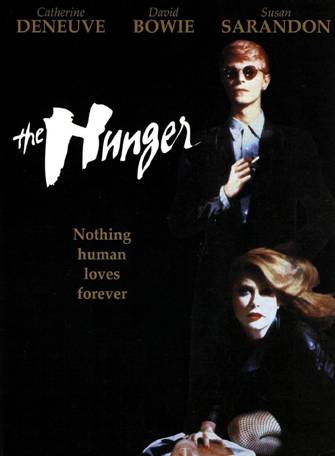 Better yet, go rent the original movie first or read the book if you have the time.

And if you haven’t seen The Hunger, then for crying out loud go rent that too, and remind yourself what vampires were before they were co-opted by the angst-y, Abercrombie & Fitch crowd.

Back at the movie theater last Sunday, when the credits started rolling on Eclipse, one of the guys sitting behind me asked his buddy what he thought of the movie.

The reply I heard sounded a lot like cat-vomiting noises.

lol my girlfriend is obsessed with twilight…vampires that glitter make me laugh everytime i think about it. I’m more of a werewolf person anyway..

its always funny and amusing to read you, even when the post talks about vampires, one of the topics in horror, and I like very much horror, less original and boring for me…
the only thing in the sage that I could like is Anna Kendrick, she’s really gorgeous, is she in the third film…?
Francisco…

Anna Kendrick, who plays chipper Jessica Stanley to Kristen Stewart’s angst-y, lip biting Bella was indeed in the third film Eclipse and is in pre-production for the fourth and fifth installments; Breaking Dawn parts 1 and 2.

Got to go, I hear my cat vomiting.

Glenn, I’m sorry about your girlfriend’s obsession. Everyone knows no self-respecting vampire would glitter.

Next time, try a goth chick.

[…] really liked what you wrote about real vampires last week. My girlfriend is obsessed with the Twilight movies and books. What should I […]

[…] a big fan of Let the Right One In, the Norwegian vampire film based on the John Ajvide Lindqvist novel. Creepy, creepy stuff, and any […]

[…] suburb of Stockholm, Let the Right One In (2004) has been filmed twice, once in Swedish and once in English, and both versions have brought him hosts of new fans. His second novel, Handling the Undead […]