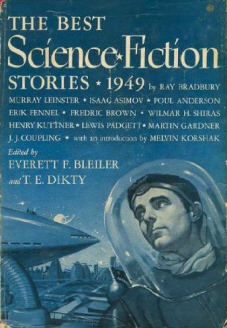 Everett F. Bleiler, one of the most accomplished early anthologists of science fiction and fantasy, passed away this week in Ithaca, NY.

Bleiler received the World Fantasy Award for Life Achievement in 1988, the First Fandom Hall of Fame award in 1994, and the International Horror Guild Living Legend award in 2004.

On a personal note, I’ve spent many hours curled up with Bleiler’s volumes, especially his Best Science Fiction Stories and the massive The Gernsback Years, which details every science fiction story published in Gernsback’s Amazing Stories and Science Wonder.  The field has lost one of its finest editors and one of its leading scholars.