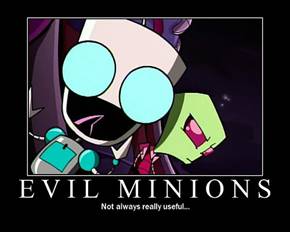 Ah summertime! With Memorial Day behind us we can finally relish the signs that warm weather is here to stay and the frigid months are at least temporarily a thing of the past. Though I am already counting down the less than five months until Halloween, even I am somewhat giddy in the abundant sunlight streaming in the office window, making it clear I haven’t dusted since the last full moon. Which reminds me…

Here at Black Gate headquarters the Goth Chick News department celebrates the summer solstice by welcoming a new batch of fresh meat, I mean interns, who wander through the halls on their first day wide-eyed with awe and anticipation. They are led past the door marked “basement,” blissfully unaware that this is where they will live out their next ten weeks of sunny days taunted and harassed for my enjoyment, until their Tuesday night algebra lectures will seem like recess. They’re led past the Black Gate cafeteria, where they’ll rarely be allowed to eat but will instead endlessly queue up for my chai tea lattes. Today they look young, fresh and optimistic, but by August it’s a whole different story.

I love the smell of Axe cologne on a summer morning. It smells like… victory.

However, as there is still some time before I can begin the joyful work of breaking in my new minions, I have a few tasty tidbits to share with you. 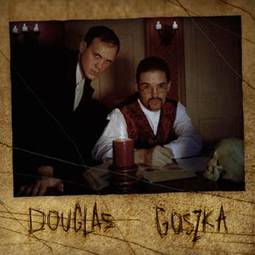 OK, I’m going to finally admit I have a crush on these guys but so what?

Midnight Syndicate has announced plans to release a special edition of their film The Dead Matter on DVD that will also include two bonus CDs by gothic Halloween music artists Midnight Syndicate.

It will be available at all Hot Topic stores nationwide on July 30th. The specially-priced set will include The Dead Matter DVD, the Original Motion Picture Soundtrack CD by Midnight Syndicate, and a new Midnight Syndicate 13th Anniversary greatest hits CD entitled Halloween Music Collection.

Though Ed and the guys are probably never going to pick me up in a black coach pulled by four black horses as is my fantasy, they will still be giving me an advance look at the movie before it hits the stores so stay tuned.

And unrequited crush or no, the new movie site where you can check out the latest trailer is pretty impressive. 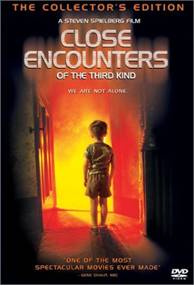 It is not without a small sense of victory that I can now report I have indeed made contact with Mr. Cary Guffey, late of the size 3T shirt and wide-eyed wonderment last seen in 1977 chasing an alien spacecraft into an Indiana cornfield.

Stay tuned for an insightful and mind-blowing interview where we will find out why Cary left acting forever, just around the time that being in it would have started getting him dates, and is being a financial advisor more or less exciting than being on Steven Spielberg’s holiday card list?

Come back next week for the details.

My Summer Reading List – Don’t Go to the Beach Without… 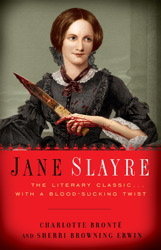 By Seth Grahame-Smith – Having spent my entire life in Illinois I thought I knew all there was to know about our sixteenth President, but clearly I was wrong.

Dead in the Family

By Charlaine Harris – Book ten in the Sookie Stackhouse saga and the basis for the HBO series True Blood. Need I say more?

By Sherri Browning Erwin – Remember Jane Eyre which you probably read in high school? It’s only a guess, but if most of the characters had been vampires and werewolves I’ll bet you’d have actually opened the book instead of just the Cliff Notes. 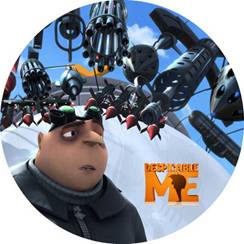 Opening July 2 – Apparently I’m not the only one who is still hoping director M. Night Shyamalan’s career trajectory will take a hard left and return to his The Sixth Sense days because someone keeps funding these big-budget fantasies. However, this one looks fairly awesome.

Opening July 9 – If the idea of an animated story about a super villain starring Steve Carrell and Russel Brand wasn’t enough to snag you, just visit the official web site to watch the trailer and listen carefully to the accompanying rap song. If I laugh nearly as hard in the movie itself, it will be well worth the dig.

Opening July 16 – Leonardo DiCaprio infiltrating my subconscious? That’s all I need to know…

Finally, My Must-Have Accessories for the Summer Season

I can tell by the protests I hear coming through the ventilation system that the new batch of Interns have finally been shown their spacious, subterranean cubicals so I must be off. I couldn’t possibly miss seeing that final glimmer of youthful exuberance drain from their pink faces when they’re introduced to their new boss.

So until next week, don’t go out without your sunscreen.