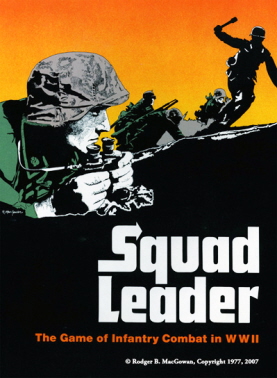 After reading about John O’Neill’s early gaming experiences in Black Gate 14, I was inspired to get back to my earlier attempt to create a VASSAL module for the monster game of strategic space combat, Fifth Frontier War. For those who are unaware, VASSAL is an adaptation of Rodney Kinney’s Virtual Advanced Squad Leader program which allows board-and-counter or card-based gamers to play games live or by email over the Internet.

After more than twelve years of development, both VASL and VASSAL are very robust software systems with a remarkable degree of sophistication. They are not computer games proper, as they lack artificial intelligence and there is no way of using them to play against the computer since the game rules are entirely external to the system.

Instead, they are an electronic replacement for the board, counters, cards, and dice that were traditionally used to play games like Squad Leader, Midway, Afrika Korps and other games from long-dead companies like Avalon Hill, SPI, and Game Designers Workshop.

Hundreds of modules for everything from 11 de Setembre Setge 1714 (the final battle of the War of the Spanish Succession) to Wooden Ships and Iron Men.  All are available for free download from the VASSAL modules page, as is VASSAL itself.  After some initial resistance, most game producers and copyright holders have embraced the system, as it is an excellent way for gamers to keep these old games alive.  The clever step-through system allows for PBEM of the most complicated games since it was originally developed for the complicated Defensive Fire system of ASL.  Nor is VASSAL the only resource on the Internet of serious interest to fans of the old school pre-computer game.

Another excellent if less well-known site is The General Project, which not only offers scanned compilations of the first 25 volumes of the Avalon Hill General for sale on DVD in PDF format, but also has made the first 10 volumes available for free download.  Moreover, because most of the classic Avalon Hill games were produced before 1978 and are now out of copyright, they also sell inexpensive compilations of the scanned game components.

For example, the Kingmaker Reference DVD contains Game Rules in PDF format, game counters, and cards, a map of the game board, and a PDF with 48 pages of Avalon Hill General magazine articles about Kingmaker in it and is available for only $7 plus shipping.  It is also possible to order printed replacement counters for certain games, although these tend to be more expensive than simply buying a used version of the game from Noble Knight or off eBay.

And I loved ‘Wooden Ships & Iron Men’. I still have the board game, though I haven’t played it in decades.