Netflix is a happy place I only recently discovered, not just because I could avoid my fellow humans by staying home to watch the latest releases, but more so I could rediscover films I had forgotten I liked. Much like Amazon, Netflix has this rather creepy ability to pull my favorite things out of cyberspace and serve them up to me in an uncanny, if rather smug way; sort of like it knows me better than I know me. I keep wanting its suggestions to be wrong but so far, no joy.

On a recent trip to my movie-watching past, I ordered up Close Encounters of the Third Kind, and as if to prove how tragically un-cool I seem to have become, who knew this cinematic gem is now referred to a CE3K? I hope at least some of you said “no,” humor me here.

If you’re a regular reader of Goth Chick News, you know that un-cool though I may be, I’m an expert cyber-stalker — as proven by my ability to produce Danny Torrance for you (the little kid from The Shining). And as long as the police can’t seem to figure out where to serve the warrant, I’m going to keep right on honing my skills for your amusement, which is why it was with a persistent and hungry eye that I sized up little Barry Guiler.

You know who I’m talking about; that adorable little tow-head from CE3K (I can’t believe I just typed that) who toddled his way out into a pitch dark Indiana corn field chasing after the lights from the alien spacecraft, happily chirping “TOYS!” He couldn’t have been more than four when the movie was filmed in 1977, making him round about 37 years old today. No other movies, no sitcoms, nothing but radio silence from little Barry Guiler.

Barry Guiler is really Cary Guffey and, according to IMDB, he just celebrated his 38th birthday on May 10th. He married his college sweetheart in 1997 and they have two kids, one of which is likely a girl since IMDB claims he coaches a girl’s soccer team. His last known whereabouts was Alabama, where he was working for a financial institution as a financial planner.

I went to the web site of the financial institution in question but apparently Cary has moved on, since all of the planners at the Birmingham location are listed. I searched the site in general just in case Cary had split to another branch, but no luck on that front either. That’s dead-end number one and in my experience there is going to be two more before I hit pay dirt.

Going back to Google and trying a few different key words, and came up with an article from People magazine dated June, 2001:

“Not surprisingly, Guffey considered acting more of a hobby than a job.”Other kids went to summer camp,” he says. “I made a movie.” But at age 12, after eight feature films and two TV miniseries, he moved on to other pursuits: “I had acne and wanted to chase girls,” he says with a laugh. Now 29, married and working as a financial adviser in Birmingham, Ala., Guffey has only fond memories of his showbiz stint. “My whole life I’ve seen the movie,” he says. “This will be a part of me forever.” 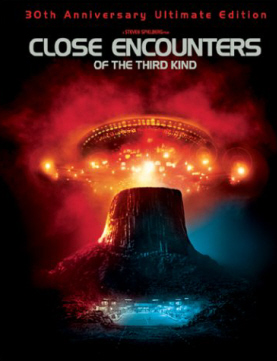 According to the article, Steven Spielberg gave Cary the size 3T top he wore in the CE3K, among other memorabilia, as wedding gifts. This information is interesting and adorable and all that, but it doesn’t help me. Moving on.

IMDB said Cary’s wife Michelle was a reporter for the local newspaper. I did find an article written by Michelle Guffey, but it was dated 2001. Further digging turned up additional articles written as late as 2004 but nothing beyond that.

It looks a little like chasing stories, even local ones, might have become a bit difficult for Michelle once the Guffey youngsters became mobile and she decided to either take on something less rigorous, or stop working altogether. That’s dead end number two.

Cary’s trail was completely cold. I tried numerous angles, but I kept coming back to the same stale information I already had.

Then I had an idea which, I if I do say so myself, makes me a grade A cyber-stalker.

If Cary was a financial manager or still a finance guy of any kind, there’s no way he could pass up being on one of the professional networking sites and that, my friends, is where I closed escrow, as predicted, on pathway number three (Close encounter of the THIRD kind? Coincidence? You decide).

In an effort to not rat the guy out entirely, I’ll simply say that it was on this professional networking site that I found a Cary Guffey from Alabama who happens to work for a global wealth management firm in Birmingham. And according to his bio, he became a national sales director for another firm in 2004, meaning that’s when he left his prior gig and was probably pulling down enough coin for Michelle to retire from the newspaper and hang out full time with the growing family. 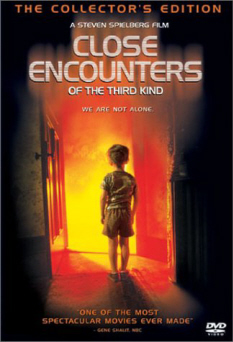 At this point I have a couple of angles; I could contact him via the professional networking site or I could figure out his company’s email configuration and go after him at the office. As Cary didn’t appear to have the same militant attitude toward his former fame that the Shining kid did, I decided to go the somewhat less stalker route of sending him a networking invitation.

And to prove that even James Bond couldn’t hold a candle to my mad skills, I ultimately located Michelle Guffey as well. She didn’t exactly retire, but she did start up a pretty nifty home-based business where she employs a sizable talent that could give any Food Network challenger a run for their money. It was on her home page that I also learned the Guffey’s had two boys rather than at least one predicted girl. Even a sharp shooter misses on occasion, so cut me some slack.

If Cary doesn’t respond, I’ll try the Michelle route, and as of this posting I haven’t heard anything. Undeterred, something tells me I will eventually, and when I do, I’ll shameless boast about it here.

You’re probably wondering why I bother with this. I could say its all for your entertainment, but that would only partially be true. I do it for the same reason VH1 has shows like Where Are They Now? and high school reunions exist at all.

It’s because deep down we’re all closet voyeurs who want to know who made it, who didn’t, who drowned in the black waters of excess and who reinvented themselves from nerd to socially acceptable and every once in awhile, outright successful (though that’s ultimately not nearly as interesting).

So in anticipating of outing little Barry Guiler, I hope you’ll post some ideas on questions you’d like me to ask him. Because the only thing more enjoyable than direct contact would be the chance to ask him some really colorful questions. Like does he remember filming an entire scene wearing nothing but that 3T shirt and his tidy whities?

[…] In case you’re keeping track, I’m now zero for zero in chatting with my second MIA child actor, Cary Guffey. I have been entirely unsuccessful in making anything more than a close encounter of […]

[…] in May I told you all about cyber-stalking little Barry Guiler, that adorable little tot from the movie Close Encounters of the Third Kind […]