Though I had unrealistic high hopes for the remake of The Prisoner, if only because of the presence of Ian McKellan, early returns are not good,other than noting that Ian McKellan is the only redeeming value.

Sigh. I guess the success of Battlestar Galactica and perhaps also the Star Trek reboot resulted in unwarranted optimism about remakes, as the track record remains mostly abysmal, with the exceptions proving the rule. And the exceptions usually have the advantage of source material in sore need of improvement. 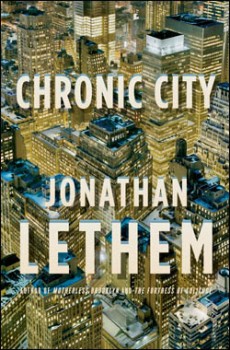 On a more positive note, I just finished Jonathan Lethem’s Chronic City I’ve only read a few reviews, and then only just skimmed them, which can be the only explanation why I haven’t seen anyone draw the obvious line between Philip Dick and this novel. Besides the overall Dickian theme of “just because I’m paranoid doesn’t mean they’re not out to get me,” one example of Lethem’s riffs on Dick is the protagonist’s highly publicized relationship with his astronaut fiancée, trapped in orbit by Chinese mines, whose love letters try to make the best of both their situations. I’m assuming it is not coincidental that in Dick’s Dr. Bloodmoney, the character Walt Dangerfield is also stuck in permanent orbit around the earth, and whose daily broadcasts inspire his devoted listeners to carry on in the aftermath of catastrophe. Somewhere, there’s a master’s thesis in picking out all the Dickian parables in Lethem’s wonderful novel.

You might have to be a bit of a geek to appreciate this (and would you be reading this if your weren’t?). Highly recommended.

I have the new prisoner sitting unwatched on my DVR. I really wish I’d heard better things about it.

Still, we always have the original, which is, when it comes down to it, inimitable.

Well, Lethem is pretty widely-acknowledged as a Philip K. Dick follower. He went to California purportedly to pledge himself as some kind of apprentice to Dick, though the man died before this was possible. Most of Lethem’s stuff has a very Dick slant to it, that’s usually mentioned a lot in reviews–maybe they feel like it goes without saying at this point?

Frankly, it’s one of the things that’s always made me mistrustful of Lethem. It’s hard for me to get behind someone whose goal as an author is be a different author.

brakk, you might be right that reviewers may be shying from stating the obvious. I just read a review in which the first mention of Dick is seven paragraphs in, and then only one sentence. I’m not sure why you mistrust Lethem (or why liking/disliking an author has anything to do with trust)? If he he’s trying to be different, okay, why would that be mistrustful, or if he’s trying to emulate Dick or expand on Dickian things, well, what exactly is wrong with that?

Well, my mistrust and my like or dislike are discrete; I’ve read some of Lethem’s short stories and found them to be okay–sometimes better, sometimes worse. When I say I’m “mistrustful” of him, what I mean is only that I’m a little suspicious that a model like that–one that is literally, “I want to be the next Philip K. Dick”–isn’t actually going to lead to a lot of really great work.

I think his work builds on Dick, rather than just imitates it. Also, lot of his stuff concerns “pop culture in-jokes,” which isn’t something I associate with Dick, and if you find that sort of thing annoying, then I can understand your hesitation (you might not like Pynchon either for that reason). And I also think that in some ways contemporary “reality” has caught up with Dick’s themes so that in some respect you can’t help but be “Dickian” in dealing with contemporary culture, whether by design or not. One example is Second Life, which Lethem satirizes (well, maybe not satirizes, because how can you satirize something like a computerized alternate culture that takes itself seriously) or at least references.