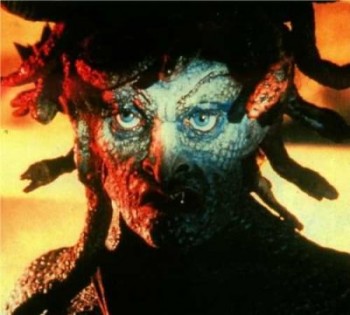 I’m not going to say anything about how Hollywood hasn’t had an original thought since 1997. Or the absurdity of remaking films when they are going to be rewritten or re-imagined anyway. Or how most remakes turn into hyper-kinetic kaleidoscopes of eye-candy and dumb dialogue.

I’m not even going to say that this trailer makes the film look kinda cool. We’ll see come March 2010 if Clash can get by without a mechanical owl.

Link to the trailer at my site.

And, is it just me, or is Perseus staring directly at Medusa’s face in one scene? (edit: As has been pointed out to me it isn’t Perseus, but rather his cousin, Maurice.)
__________
BILL WARD is a genre writer, editor, and blogger wanted across the Outer Colonies for crimes against the written word. His fiction has appeared in numerous magazines and anthologies, as well as gaming supplements and websites. He is a Contributing Editor and reviewer for Black Gate Magazine, and 423rd in line for the throne of Lost Lemuria. Read more at BILL’s blog, DEEP DOWN GENRE HOUND.

[…] so you don’t miss a thing. Go on and click it already, it won’t hurt you. I swear it won’t.Over at Black Gate I just posted about the trailer for the upcoming remake of the 1981 Clash of the Titans, due out […]