I come from a medical family. Of the five members of my immediate nuclear family, I’m the only one who lacks a background or job in medicine or health care. As a writer and historian growing up in a family that now consists of a pathologist, a nurse and lactation expert, a medical student on the cusp of graduation, and an occupational therapist, it was probably inevitable that I developed an interest in disease both in history and fiction. I would never get near the profession of medicine (the general public ought to thank me for this—I’d make a horrible doctor), but the dramatic role of disease in writing has always entranced me.

Among writers, bubonic plague is the leading favorite pestilence. It’s hard to resist the power of an illness that wiped out a third of Europe during the late Middle Ages and has a death toll exceeding two hundred million. The very title “The Black Death” instantly conjures up Hieronymous Bosch grotesques in most people’s minds. It’s a disease with an outstanding pedigree for fantasy and historical writers.

However, I’d like to shine an operating room light on another disease that I think is one of the most useful for a writer. At a cursory glance, it seems like it shouldn’t have any dramatic potential at all: not only is it easily preventable, it’s also easily cured. It isn’t even communicable. But a second glance reveals that this disease is a superb tool for fiction.

The disease is scurvy.

Scurvy (scorbutus in Latin) occurs because of lack of vitamin C in the human diet. It rarely appears in other animals because they can synthesize their own vitamin C. Scurvy causes spotting, spongy gums (gingival hemorrhage), slow healing of injuries, anemia, fatigue, depression, sores, and is probably most vividly thought of as causing tooth loss, which happens in its advanced stages. Unless treated, scurvy is almost always fatal. Fortunately, the treatment is simply the re-introduction of vitamin C. Scurvy has wrecked havoc throughout history, mostly during long sea voyages and military expeditions where balanced diets were hard to maintain. In the mid-eighteenth century Scottish surgeon James Lind of the Royal Navy pioneered the prevention of the disease through citrus—and accidentally gave the British a new derogatory term for themselves, “Limeys.” But it wasn’t until the twentieth century that scurvy’s connection to a vitamin C deficiency was accurately understood, and until that time other attempts to prevent the disease—ideas like better onboard hygiene, exercise regimens, and (no joke) sauerkraut—made sure the illness continued to strike people down. Today, scurvy is rare in North America and Europe. It still occurs among infants who get bottle-fed without receiving vitamin supplements, and also in teenagers with poor diets. It often appears in conjunction with eating disorders, such as anorexia. Fortunately, the cure for scurvy is a simple one. If you want more in-depth information on the disease itself, this website is an excellent place to start. 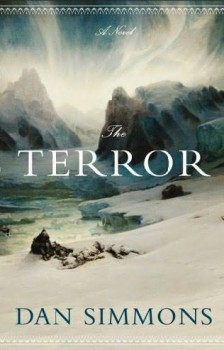 Scurvy has emerged in plenty of speculative fiction. Two good examples are The Terror by Dan Simmons (2007), and Mars by Ben Bova (1992). That the disease can apply both to a nineteenth-century naval expedition to find the Northwest Passage, and to humanity’s first crewed voyage to the red planet shows that it has immense flexibility. Why exactly is scurvy so useful as a writing device?

First, it’s recognizable. Most school children learn about the disease in elementary school when studying early explorers, and any child with an interest in pirates (as pirates are the number one Halloween costume in the world, I’ll assume that’s a lot of children) will have encountered scurvy ravishing the decks of galleons. The adjective “scurvy” still gets thrown around, especially in those bouts of “Talk Like a Pirate Day.” The disease usually requires little explanation to readers, and it has an instant connection in their minds. Maybe not at the level of bubonic plague, or rabies, but still it’s a very “pop” disease.

Third, and I believe this is probably the strongest dramatic appeal of the disease, scurvy strikes adventurers. The people who develop scorbutic symptoms are sailors and soldiers who have gone far from home and supply lines. It is not an illness of domesticity; it’s a danger to the sort of people whom writers like to write about and readers like to read about (like pirates), and it’s most likely to occur in situations that are already desperate and dangerous. Although scurvy is rarely the subject of a story or novel, it’s a great extra peril or complication to insert in the downhill slide of a journey going horribly wrong. 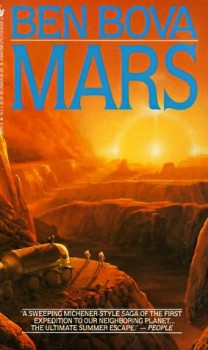 Fourth, scurvy stands in well for other common ways that an explorer can die: starvation, freezing, and dehydration. We expect people in the wilderness to have to face these threats, but compared to rotting away from a sickness that causes depression, sores, and knocks the teeth from your head, they seem fairly routine.

Fifth, scurvy carries a lot of irony. I mentioned that it would seem a disease you can cure just by sucking on citrus fruit wouldn’t make much of a complication in a story. Just reach over and grab the lime wedge sitting on the tropical drink of the fellow next to you at the bar if you start feeling “scorbutic.” (Great adjective, by the way; fits meth and heroin users ideally.) However, this is part of the disease’s dramatic potential: It’s Easily Prevented or Cured as long as you have The One Simple Thing. But… if you don’t have the One Simple Thing, you’re dead. Oh, for the want of a slice of orange! While other diseases may require advanced procedures or specific medicines to cure them, scurvy just needs you to eat a bit better. Yet it can slaughter an entire expedition to the Northwest Passage or endanger humanity’s first trip to Mars if somebody didn’t pack right. It’s a deliciously nasty turn of events.

Finally, scurvy can be an utter shocker when dropped into modern or futuristic settings. Since it’s an illness most people think of as an “historical disease” and therefore no longer a problem, having it appear in, for example, a contemporary high school story, creates genuine surprise. “My daughter is dying of that thing that killed sailors on the Spanish Main? The hell?” It’s a superb way to get readers off-guard, while still remaining realistic.

Now, if you’ll excuse me, I’m going to go drink a glass of fresh orange juice.