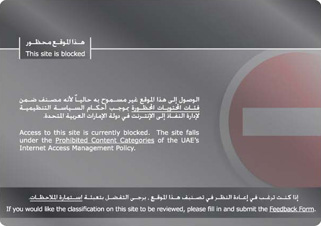 The august editor of Black Gate once asked me to remove two occurrences of the f-word in a story, because, he said, of wanting to be able to sell the magazine to high-school libraries. While it proved remarkably hard to find a substitute with the resonance I wanted, in this case referring to brief and utterly non-romantic sex, I didn’t mind the request.

In contrast, I did mind another editor’s demand to remove quite a bit of content from my novel Bear Daughter. “Just because it’s in ethnography,” she kept repeating, “doesn’t mean it should be in your book!” One of the things she was most bothered by were the references to post-partum bleeding, and the magical protection it briefly provided against the Giant Carnivorous Bird of the Underworld. I still for the life of me don’t understand her squeamishness–especially given a couple of violent and bloody scenes, one involving exploding frogs and mass dismemberment, that didn’t seem to faze her at all. In this instance I kept the (female reproductive) blood.

I’ve been living in a country where the internet and movies are routinely censored (I’ve heard the version of The Watchmen that played here was incoherent), where you can be deported or imprisoned for criticizing the government, or reporting negatively on the various royal families, where this gruesome story never appeared in the news at all until the US Congress threatened to scuttle a nuclear energy deal over it (and then it was referred to only in the most general terms, a “video” where someone’s “human rights” may have been “violated”), where journalists can be deported for practicing without a license, an expat nurse was imprisoned then deported for flipping the bird to an obnoxious local driver, a divorcing couple was prosecuted for flinging obscenities at each other in their text messages…. where women can be shown in public advertising, but always with arms and legs covered, and their bodies are never presented as sex objects….

Hmm, well, that, on the other hand…. I never realized just how unrelenting and ubiquitous and almost mandatory the objectification of women is in public advertising in the US, until I’d been here a while. It’s like noise you don’t realize is part of the background until someone flicks off the switch, and then, wow, what a relief. But, then, one of the things I hate about living here is, it’s 100 degrees out and 140 in your car, air conditioning valiantly failing, and you’re expected to keep shoulders and knees covered, and I’m overheating at 80 degrees in shorts and a tank top. Is that contradictory or what? (Except I don’t think dress is the issue in what I’m reacting to in the advertising.)

Censorship is deadly to intellectual, artistic and political health. On the other hand, having boundaries within which standards of appropriateness are enforced is necessary for social health. I had a cranky professor who used to say, “Hypocrisy is the foundation of civilization”; what he really meant is, society needs zoning. I became really conscious of this after having a child, but I think that’s part of my reaction to, e.g., advertising that objectifies women. Would I ban Hooters? (it would be here.) Never. Should I be forced to eat there?

Alas, appropriateness is a matter of taste, which can be some kind of community standard but is often an individual matter. Ellen Datlow rejected Bear Daughter‘s X-rated prequel (subsequently bought by Asimov’s), with the words, “it’s not to my taste.” It was one of the easiest rejections to swallow, because a person either likes chocolate, or spaceships, or X-rated stories about the consequences of lack of respect for human physicality, or doesn’t. In the end a magazine succeeds and acquires an identity because of its editor’s taste.

Was Bear Daughter‘s (first) editor right with her take on it? I’ve heard from readers and reviewers who found the violent scenes too violent, but no one ever mentioned being grossed out by the blood of parturition. I’m wrestling with these issues again with the current novel I’m working on, whether to include certain plot or motivation threads that at one point seemed thematically central. Now I’m second-guessing myself….

Re the larger issues, taste imposed by a magazine editor (if s/he’s a good one) produces the opposite result of taste imposed by an opaque government bureaucracy, like the one that blocks internet sites here. One produces something exciting, illuminating, creative, coherent. The other… I’m going to edit myself on that subject.

p.s. I’m aware of the software that gets around the blocks. It’s passed from hand to hand here, like samizdat in the old USSR.

Very interesting post. Thank you. Especially the unexpected relief from the objectification stuff.

That relief from the relentless, constant bombardment of sexual images, and particularly the unclothed, come-hither images of women, everywhere, on and in everything, was one of the unexpected pleasures of spending time in Cuba.

Ugh! OK, I understand that your post took a different direction in the second act, but I’m still reeling from the torture video.

In fact, I was scanning your post for the first time while on a conference call this morning, and got so sucked into that article that I was only dimly aware that people were asking me questions on the phone. Boy, I hate that. I had to pretend my phone was muted. “I’m sorry… I think my phone is acting up. Can you repeat the question?” Plus, I may lose my breakfast.

I’ll have to come back and ponder the weird benefits of censorship on raising children free of commercialized sexuality… some time when my head is not full of images of a board with a nail in it.

That ABC news story illustrates the larger topic, as it has had quite a bit of content edited out as not appropriate for the website (content which as they used to say, can’t be described in a family newspaper), and it is still horrific.

With regard to appropriateness and taste closer to home, John, would you prefer me to take the link down?

Hi, Peadar! By the way, I saw your book at Borders here. I was in the midst of a seemingly unending and Godot-like quest to cash a Borders gift certificate for my son (maybe that was on our fourth visit? “Sorry, mum, only the manager with the master key can accept the gift certificate. Come back tomorrow.”). Hopefully I’ll be able to find another copy back in the US.

>closer to home, John, would you prefer me to take the link down?

Heavens, no. Something like this needs to be circulated as widely as possible. I’m proud to be able to help spread the word, even if in a modest way, here on the BG site.