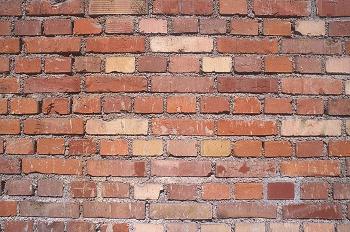 I’ve only ever heard the terms ‘escapism’ and ‘escapist’ used as pejoratives and, quite often, used to describe things that I enjoy. We all know what these terms mean, and especially what they are implicitly communicating: the notion that escapist entertainment is a crutch, a way of running away from reality. But also, and I think that this is more important, that it has no redeeming value as art or as educational material.

But the whole thing breaks down when you look at individual cases. I think pop singing contests are the worst drek on TV, pure mind-wasters, absolute escapist fare. But most of the fiction I like, books and films, would no doubt be regarded with revulsion by a professor of modern literature who shops at the same bookstore as me. That professor of modern literature’s passionate devotion and minute study of one particular author would be seen as an indulgence in ivory tower academic fantasy by the man who installed the rain gutters on the professor’s bungalow, a man who looks forward every week to American Idol.

So who is escaping what? It seems from a look at just the explicit definition of escapism we have to conclude that all entertainment — in addition to a wide-variety of other activities — is a means of escape. Everything from classical literature to pinball machines, sports and academic lectures, food and sex, school plays and Wednesday bingo — even work itself. The pejorative aspect of the term is purely one of inflection, it’s the sneer implicit behind the word, it’s what the user of the term devalues as less than worthy in comparison to his own cherished escapes.

It is not my intention to frame a relativistic argument that places all pursuits on an equal basis; Norman’s Slave Girl of Gor is not on the same footing as Nabokov’s Pale Fire. What I am saying is that in evaluating the merits of art and literature, the quality of ‘escape’ cannot be a factor in passing judgment — and certainly not a negative factor — because all fiction posses this quality. I suspect that the original condemnation of escapism was from the recognition that some entertainments only possessed the quality of escape and nothing more, and that it was understood that the transcendent quality of fiction was a common good shared by all entertainment, but those works dubbed ‘mere escapism’ offered little beyond just that. But the use of the terminology has changed into a bipolar mis-categorization — on one side, escapism, on the other, art. The implication is that these things have nothing in common.

I like escape. What’s more, I’d predict the only people on earth who don’t regularly engage in a form of escape are heavily medicated and strapped to a bed in some institution. Escape is a distinctly human thing, as much a survival mechanism as the fight-or-flight reflex. It combines the best of our mental qualities and emotions  in a symphony of transcendence that takes us beyond ourselves for a time. Maybe we learn something significant, and maybe we just pass the time — the important thing is that we do what we do because it is fundamentally one of the chiefest pleasures afforded us.

The curious mix of imagination and concentration, or empathetic understanding, or a desire to learn, or a yearning for novelty, or simply a need to dwell for a time beyond the hurts and anxieties of our everyday life, is one of the most powerful tools we have for the maintenance of our own sanity — as well as one of the most satisfying diversions in lives that ought to be as full as possible.

Escape has it’s ugly side, too, as when the impulse leads to chemical or psychological addiction — as in all things, powerful tools can be dangerous to the hand that would wield them, and a need to escape can morph into a complete detachment.

But for the healthy members of the human race, what escape really enables us to do is to explore those dimensions of experience beyond ourselves. It may be a form of running away, but in running away we are also running to something, and that place outside ourselves is a rare and beautiful country, one of the principal treasures of our human inheritance.

The next time someone suggests your favorite entertainment is mere escapism, you could of course identify their own interests and pursuits as the equivalent. But me, I think I’ll just ask them why they think they’d prefer life as a prisoner, rather than as one who, when confronted with a wall, has no fear of breaking through it to see what lies on the other side.
__________
BILL WARD is a genre writer, editor, and blogger wanted across the Outer Colonies for crimes against the written word. His fiction has appeared in numerous magazines and anthologies, as well as gaming supplements and websites. He is a Contributing Editor and reviewer for Black Gate Magazine, and 423rd in line for the throne of Lost Lemuria. Read more at BILL’s blog, DEEP DOWN GENRE HOUND.

[…] at Back Gate this week I have a post entitled ‘In Praise of Escape,’ all about, you guessed it, escapism. How the pejorative connotation attached to the term is […]

There’s a story about Tolkien: When someone asked him “Why would you want to escape reality into a fantasy world? He replied: “Why would you NOT want to?”
Nice post.

[…] a follow-up to last week’s post on Escapism, I give you Darkon (2006), a low-budget documentary  by Andrew Neel and Luke Meyer that raises […]

A Look at Darkon — BillWardWriter.com

[…] goes beyond any sort of ‘brotherhood of genre geeks,’ to touch further upon the equivalence of escapism that I brought up last week: But every pursuit has its pitfalls, and for the majority of the […]