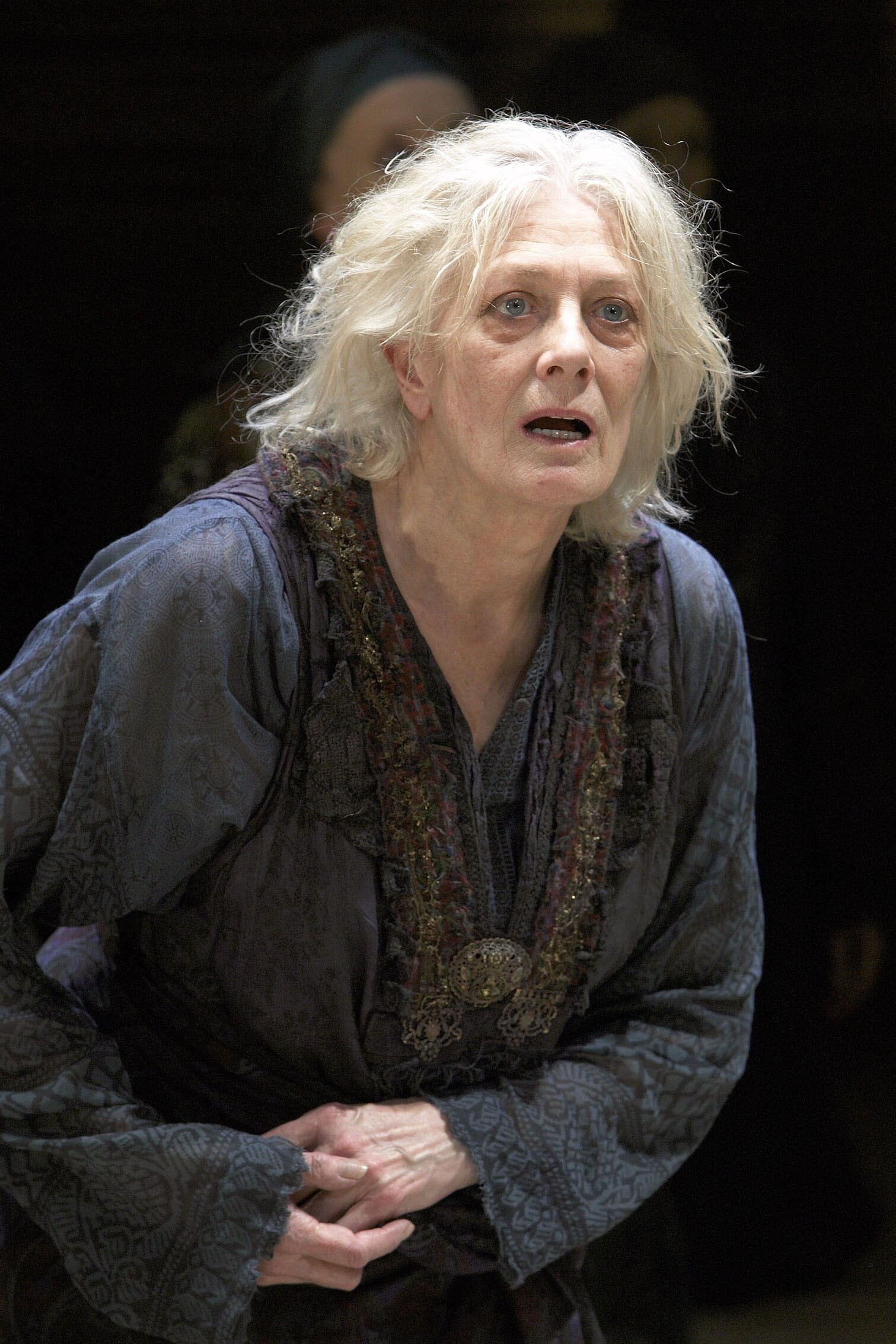 X-Men Origins: Wolverine is zapped into obscurity by the twin phaser-blasts of Trekstalgia and JJAbramitude, I would like to point out that the movie doesn’t actually suck.

I don’t know why I care. Big-budget summer blockbusters don’t weep for me; why should I weep for them? What’s Hecuba to me, or me to Hecuba?

Still, there was a lot of Wolverine hate fogging up the internet in the last week. A fair sample is the AV Club review (and the AV Talk segment that followed). If it hadn’t been for some dissenters, like the wide-ranging, always shrewd Ryan Harvey, I probably wouldn’t have bothered to see the movie at all. But I think it is worth seeing, for anyone who liked X-Men and its sequel, anyway.

More maundering, speckled with caveats and spoilers, after the jump.

Of course, it’s not Shakespeare–it’s not Ingmar Bergman–it’s a comic-book movie. Possibly The Dark Knight and Watchmen changed expectations for the ambitions suitable to a comic-book movie, at least in some people’s minds. If so, I think that’s a bad thing. Those two exceptional movies were pretty good, in their individual ways, but how much pontification on the human condition can we stand from people wearing spandex? Didn’t we fight a war to be free from that sort of oppression and, if not, could we please start one?

I should add that I wasn’t crazy about the whole idea of this movie. It’s not like the world was in dire need of an X-Men movie that focused on Wolverine: that pretty much describes all three of the previous outings in this series. Why a Wolverine 4, then? Obviously, because the producers figured they could make money by doing the same thing again–a typical Hollywood stratagem that does not typically result in good movies.

Still, on balance, I thought X-M O: W was pretty good. It begins with two violent deaths–two men who can each claim to be the hero’s father, one of them killed by the hero himself. (If you want to interest a classicist in a movie this is a pretty good way to start, but I don’t know how significant we are demographically. Actually, I do know, so never mind.) The credit montage, nearly as good as Watchmen‘s, follows Logan/Wolverine and his brother Creed/Sabertooth as they fight through a century (and then some) of America’s wars. (Why they’re fighting in the US Army is never explained. It’s true Canada was slightly less bellicose than the USA over the same period, but they did participate memorably in WWI and WWII, for instance.)

Some discipline problems (killing a superior officer a little bit) land the mutant brothers in the stockade, where they are recruited by Col. Stryker for an elite mutant strike force that does weird unexplained things. (That’s not a complaint: Stryker has reasons for not briefing his soldiers on what they are doing or why.) Logan gets tired of participating in war crimes without even a war to justify them and leaves the group to settle down as a lumberjack in the Canadian Rockies with Portia Kayla Silverfox, a Native American schoolteacher who tells him stories about a wolverine falling in love with the moon. (Don’t worry; it doesn’t take up too much screentime.)

It turns out that Creed/Sabertooth is hunting down former members of Stryker’s group and killing them. Logan is warned by Stryker, but this does not keep Kayla from being attacked and killed by Sabertooth. With Logan’s refrigerator now stocked with the requisite woman (or is it?), he is now properly launched on a mission of vengeance against his half-brother and former comrade-in-arms. After he tries and fails to defeat Creed, he accepts a Faustian bargain from Stryker which will lead to the adamantium-boned Wolverine we know from a long line of previous movies, TV shows, action-figures and comic books. Stryker (naturally) fails to control Wolverine. After the hero’s escape from Stryker’s lab and his discovery of Stryker’s longstanding project to use mutant powers as a weapon to eliminate mutants themselves, he goes to defeat the villain, reconnect with friends and family, and live unhappily ever after bereft of his memories. The reader will understand that this plot skeleton, in the cinematic flesh, is festooned with fight scenes, explosions, brutal murders, and heart-warming human drama. (Well, humanish.)

It’s an odd story, told oddly. There are three preludes, by my count, before the story proper begins, and that story is itself a prelude, designed to set up the situation at the beginning of the first X-Men movie (which worked fine without any such setup). Still, the story moved briskly; it went some interesting places; the characters’ actions were well-motivated; the moral impact of the violence (of which there is a lot in this type of movie) is not muted. And I was intrigued with the way they subverted some of the old comic book clichés (e.g. “There’s a woman in your refrigerator!”) by applying others (“Hey, the dead person isn’t dead!”) and then smashing those (“Oh. Now she is, but you don’t remember her”).

This is not a deep movie; this is not a life-changing movie. But it’s not a stupid movie. Stephen Fry, talking about guilty pleasures, famously remarked that some things in popular culture are better than they need to be. (His example was Abba, where your mileage may vary a bit.) That’s a pretty good tagline for the latest Wolverine movie: it’s better than it needs to be. Which is probably why it is making money bone-clawed-hand-over-adamantium-clawed-fist these days–at least until it gets zapped into obscurity by the twin phaser-blasts of Trekstalgia and JJAbramitude, but that’s where we came in.

Of course, it’s not Shakespeare

According to Liev Schreiber, it’s easier to do Shakespeare. For one thing, “you’re not going to quibble with the writing.” He was the guest for the “Not My Job” segment of “Wait, Wait, Don’t Tell Me” last weekend, and a very entertaining guest he was.

I agree completely! It must be “cool” right now to bash comic book movies because WOLVERINE is not the only perfectly fine comic-inspired movie to get raked over the coals recently. Granted, it doesn’t approach the levels of excellence reached by THE DARK KNIGHT, but then again that movie was an exceptional achievement…the “Godfather” of comic book movies thus far.
But WOLVERINE was, in a word, FUN! And it did have some very interesting twists, as you already pointed out.
Roger Ebert lambasted Wolverine himself by saying the character “tells us nothing about the human condition.” Ol’ Roger missed the mark by a mile here. Wolverine is one of the MOST “human” heroes out there today. It’s exactly what Mr. Average America relates to him so much. He’s a survivor, a veteran of too many sad wars caught in a violent world. The tragedy (and beauty) of the character is that he’s trying to stop a flood of violence that seems to have NO END. He’s the Eternal Warrior archetype. He’s your dad bitching about commies. He’s that macho core every man carries deep inside and can only let out at boxing matches, football games, and on the frontline. He’s also the Beast with a Human heart. He’s the struggle within every one of us: beast vs. hero.
And this movie (while not as epic or hard-hitting as X-MEN 2) delivers a ton of action, a hard-hitting thrill ride with some clever twists. It never presumes more than to make you enjoy your damn self at the movies! And it does that very well.
Sure, there are a few ridiculous moments, but they’re overshadowed by everything that works. Most of all, the flawless performance of Hugh Jackman, who was born to play this role, and does it with relish.
It’s too bad the next X-movie in the works is “Deadpool.” Now there’s a ridiculous character–and not even an X-Man! There is truly no logic to the movie biz.

I find it interesting that when reading the AV Club review that we’re in agreement about the basic points; where we split is a general attitude about the film. Most of the negative reviews follow this pattern of “this, this, and this are wrong. And the movie sucks.” My reaction was “This, this, and this are wrong. And I still had a good time.” But you make a good point, James, that some of this must come from Watchmen and Dark Knight… and if every comic book film were like them, we would all crack up after a while. We still needs comic book movies like Wolverine (or perhaps a better comparison would be Iron Man) with a lighter step. And I belong to the group of Batfans who, although loving The Dark Knight, would like the next movie to go a bit less dark and move toward more heroism.

And thanks for the link!

Hey Jeff: That’s a great line from Liev Schreiber. I’ve only seen him in this and a short stretch on CSI a couple years ago, but now I guess I’ll have to start keeping an eye out for him.

Hey John: I think part of the pressure on movies like this comes from people who want comics to be recognized as Art. They want respectability. I tend to think that’s a mistake: comics (like other popular forms, like sff, rock or jazz) are most vibrant and alive when they’re not worried about meeting some kind of perceived academic standard.

Hey Ryan: Some of the things the AV Club guys seemed to dislike, like the Blob, I thought were actually well-done. Maybe that’s because I’d just reread X-Men issues featuring the early appearances of the Blob a couple weeks ago, and the cinematic version wasn’t as bad as it could have been. Different viewers come to a movie from different places.

In general, I think those guys have resolved not to be swept away by the wave of hype that surrounds this type of movie. Which is reasonable, but maybe not the best frame of mind to enjoy a movie.

Right on, James. You hit the nail on the head. How long was comics considered a “bastard art form” before it was recognized and legitimized? Only about fifty years…it’s those “outsider” art forms that break the rules and achieve greatness.
Perhaps the true value of any move (or book) is: Did it achieve it’s goal?
In the case of WOLVERINE, the answer is yes. It’s entertaining as hell, and a helluvan action flick.