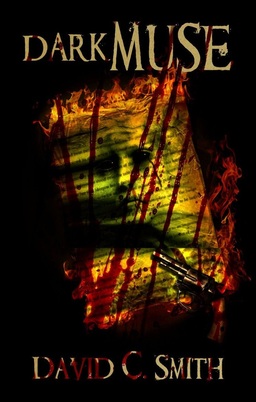 “But I heard sounds,” Jack told Emmett. “There was someone in there, in the, in the blanket, and I heard her, Emmett.”

“Or you thought you did.”

They were in Jack’s office, just the two of them. The morning, gray, hung outside his window and over the city skyline like something Jack had dragged with him all the way downtown, his mood, his fear. He put his head down, then sat back and looked at his shivering hands. “Jesus,” he whispered.

“What did Corinne say?”

“Emmett, Emmett… Look, be honest. Do you think he’s weird enough to do this? Kill people like this?”

“Everybody’s weird enough to kill people like this, but not everybody does it and writes the way he does. Did you read the stories?”

“Jesus, Emmett. Am I that cold-blooded?”

“And you think he was serious about wanting you to kill him?”

“Who would joke about that?”

“The same kind of guy who would pretend to beat a woman to death with a baseball bat and put his stories out there like an Easter Egg hunt for you to find to get you completely off balance.”

“Because he’s f—-d up, Jack! And that’s what makes him a good writer! There’s no answer to why. You know that. If I thought this guy was really doing this, I’d feel differently. If he was killing people and raping kids or whatever he does in his stories, then, ‘No thank you, keep your stories.’ But there’s no law against being a f—ed-up individual who writes well.”

“Except that I don’t know what to do now. Should I call the police?”

“No. Because you don’t know what happened, and what’re you going to tell them?”

“That I agreed to meet a nut who writes great stories, and he asked me to kill him, and could you please help me now find this guy?”

“And what are the police going to say?”

“They’re going to say, ‘What drugs have you been taking, young man?’ ”

Emmett asked Jack, “So what drugs have you been taking?”

“All I want to do is go back to how things were.”

“Before el genius started sending you stories? Or do you want to keep the stories?”

Jack frowned and didn’t answer. He swiveled in his chair and looked out at the Marina Towers.

Emmett lifted the story manuscripts from Jack’s desk. “I’m making copies of these.”

“And you didn’t answer my question.”

Jack told him, continuing to look out at the marina and the overcast sky, “I want to keep the stories.”

The phone on his desk rang just as Jack had anticipated, and at about the time he’d expected it to, as well, at a little before three.

As surprising as this guy was, at least he seemed to be predictable in some ways.

The guy sounded truly relieved. He cleared his throat and said, “I’m afraid I pushed things a little too fast last evening.”

“What about the stories?”

“Well, Jack, that hurts, but I don’t think you mean it. You came back last night to get the stories, didn’t you?”

The man chuckled. “It’s all right! I understand. I surprised you, I startled you.”

Jack told him, “I’m not here to play games. I like your stories. They’re good stories. But that’s all they are. I cannot afford to waste—”

“I will, I will. But this is why I said we need to collaborate. I need to stretch my voice, Jack. This is where you can help.”

“By standing around while you f—ing hit some woman with a baseball bat?”

“Don’t even say that! I am not fooled! There was no woman, there was no—”

“What do you mean? You saw her. You heard her.”

“Jack, it was a demonstration. People die and get killed and get sick, and if somebody hits them with a baseball bat, then that’s just how things happen. I’m an accident waiting to happen to them, Jack, nothing more and nothing less. If I don’t do it to them, someone else will. Or something will.”

“See, I’m not going to talk about this. Keep the stories.”

“Jack, I need your help.” He coughed lightly.

“It’s the truth. What am I supposed to do? Be pissed off? Be angry at God? Jack, I’m trying to write as fast I can. I want to get as much done as fast as I can, and I have to be able to trust you because, Jack, when I’m dead, I’m going to be like everyone else. I’ll be garbage. But the stories will be there.”

“And what does this have to do with killing that woman? Is that what you do? You kill people?”

Now there was silence on the other end of the line.

“I want nothing more to do with this.”

“I gave you your chance. If you’d hated what I was doing, why didn’t you stop me? All you had to do was pull the trigger.”

“Well, yes, you do, Jack. All of us learn to pull the trigger, sooner or later.”

“Not even when you were growing up in Ohio?”

Jack felt cold. He needed a moment. “How did you— How do you know I grew up in Ohio?” 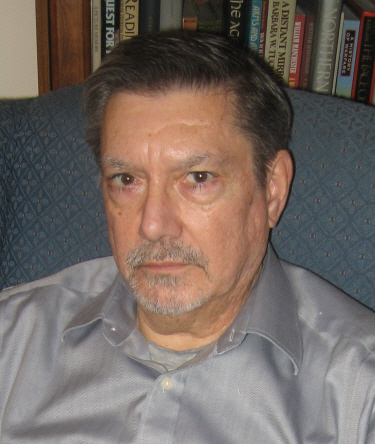 David C. Smith was born in 1952 in Youngstown, Ohio. In addition to having written many essays and short stories, he is the author of twenty-two published novels, primarily in the sword-and-sorcery, horror, and suspense genres, as well as a college-level English grammar textbook.

Smith has worked as an advertising copy-editor and English teacher and for more than twenty years as a scholarly medical editor. He is currently the managing editor of an orthopaedic review journal. Smith, his wife, Janine, and their daughter, Lily, live in Palatine, Illinois, just outside Chicago.

David is the co-author, with Joe Bonnadonna, of Waters of Darkness, also available from Damnation Books. Read a free excerpt here.

Further information about David C. Smith and his writing is available on his website and in his entry on Wikipedia.