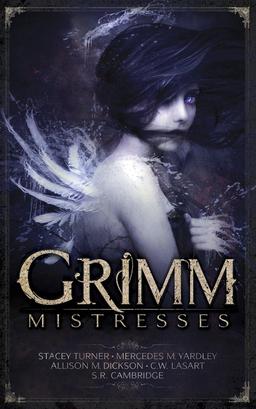 While I was at the Windy City Pulp and Paper show last week, I met a lot of Black Gate readers. Most of them had advice and suggestions of some sort or another. But I think the best piece of advice I got was to check out Ragnarok Publications, who have been producing some terrific work over the last 18 months.

Ragnarok was founded in 2013 by Joe Martin and Tim Marquitz. It was born as a result of the hugely successful Kickstarter campaign for Kaiju Rising: Age of Monsters, and it released an astonishing 22 titles in its first year alone — including Django Wexler’s John Golden novels, Kenny Soward’s Gnomesaga trilogy, Seth Skorkowsky Valducan trilogy, and many others. Their books are beautiful and inexpensive, and well worth checking out. Through their Angelic Knight imprint, managed by Stacey Turner, they’ve also produced some very intriguing dark fantasy anthologies, including the new Grimm Mistresses.

Remember the Brothers Grimm? Those dark fairy tales that made you leave the light on long before Disney went and sanitized them? Well, we do! Now the MISTRESSES GRIMM take back the night, five female authors who will leave you shuddering deliciously. Get ready to leave the lights on again with four pieces of short fiction bringing the Brothers Grimm’s tales into the present. Be advised: these aren’t your children’s fairy tales!

Ragnarok’s most recent release was Blackguards: Tales of Assassins, Mercenaries. and Rogues, edited by J.M. Martin, which we covered here. Grimm Mistresses was published by Ragnarok Publications on February 23, 2015. It is 238 pages, priced at $11.95 in paperback and $2.99 for the digital edition. The cover art is by Brittany Smith. Learn more at the Ragnarok website.