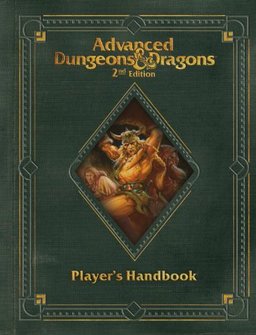 2014 was a pretty good year for Black Gate. Our readership nearly doubled, and we published a record number of articles. I was going to do an exact count of all the posts we made in 2014 so I’d sound a little more together here, but I lost count after 1,200.

But trust me. It was a lot.

At the end of every month last year, I compiled a brief report itemizing our Top 50 articles for the month (here’s the list for December, for example). Mostly because the lists were fun and popular. But also because I couldn’t believe Scott Taylor’s Art of the Genre pieces kept beating my Vintage Treasures posts, month after month. Seriously, how does that happen?

Anyway, those of us who obsess over traffic stats every month (chiefly me and Scott) noticed a few surprises when we tabulated the results for all of 2014. Several of the overall most popular articles of last year rarely made the Top 20 every month. But they had steady traffic month after month, and those numbers added up. I guess it’s true what they say about slow and steady winning the race. That Aesop guy knew what he was talking about.

Below we’ve tabulated the 80 most popular articles on the Black Gate website for all of 2014 — starting with Andrew Zimmerman Jones’ report on the hit Dungeons and Dragons reprint series, “My Youth Was Delivered Yesterday: AD&D 2nd Edition Re-Released,” originally posted in 2013. It was read 26,380 times last year, making it our most read blog post in 2014, and one of the most popular pieces we’ve ever published. 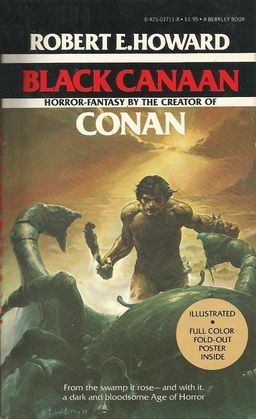 Second on the list was Scott Taylor’s “Art of the Genre: Reki Kawahara, Depression, and Sword Art Online,” read 21,114 times in 2014. In third place was my June article “An Open Letter to Dave Truesdale” (18,422), followed by Elwin Cotman’s tribute to Conan creator Robert E. Howard, “My Inspiration: Black Canaan” (18, 268).

Rounding out the Top Five is M Harold Page’s “Death Knight Love Story: WMA meets WTF,” which may also have the distinction of being our best title for 2014. It was read 13,158 times.

Sixth is an article by Matthew David Surridge that never made the Top 20 for a single month in 2014… or in 2013 and 2012, for that matter. It was originally written in 2011, and has been read by nearly a thousand readers virtually every month since. It is “Internet Possibilities, Gene Wolfe, and The Fifth Head of Cerberus,” read 10,041 times in 2014.

Seventh on our list is Patty Templeton’s 2012 interview with Delia Sherman, author of The Freedom Maze (8,907), followed by another Matthew David Surridge piece, “David Lindsay, A Voyage to Arcturus, and Necessary Strangeness” (8,666).

Scott Taylor claimed the ninth slot with “Art of the Genre: Top 10 Fantasy Artists of the Past 100 Years” (8,362). And closing out the Top 10 for 2014 was our newcomer, Bob Byrne, with an installment in his popular Monday morning blog series, “The Public Life of Sherlock Holmes: Eille Norwood: the Silent Detective” (8.074).

Here’s the complete list of the Top 80 articles on the Black Gate blog in 2014. Posts written before 2014 are noted with the year in parentheses.

John: I do care about the numbers, namely because unless you understand what you have to beat, it is very hard to get to the top. 🙂 That said, it was great to see how many AotG posts made the Top 80, but to say it wasn’t planned, and a lot of work, would be a lie. 😉

I feel better losing to ART OF THE GENRE, now that I know it was a lot of work. 🙂

Hmmm, came in at 69, my favorite number.

….does that make me sound immature?

Well, it means your review got more traffic than 99% of all other posts at Black Gate last year… so if you’re immature, your audience seems to like you that way. 🙂

Of the many topics I wrote about (fifty-ish posts, I think), I’m quite surprised that Eille Norwood was easily the most viewed.

From a Holmes scholar viewpoint, I’m all about Norwood. But even I’ve only watched a few of his shorts and the video quality is bad enough that repeated viewing isn’t likely.

Maybe some silent film fan group lurks at Black Gate and dug it.

Pleased to see the John D. MacDonald post make the list. I really do believe he’s one of America’s greatest writers (I’d take him over Hemingway any day) and is absolutely worth reading.

Nick, I am one of your many fans in a growing legion. I know that I have the maturity of a sophomore and your posts are in my world view cutting edge cool. I adore your comic collection. We may have trouble with knowing the difference between trochee and iambic pentameter, or even what food group iambic belongs to but we are smart in other ways. For instance, we can tie our shoes with both the single loop method or the double bunny ears method. Don’t let them look down at your true audience. We are loyal….mostly.

It was neck and neck with several “Public Life of Sherlock Holmes” posts for a while (and about six ended up in the Top 100), but it was Eille Norwood who kept bringing in the numbers month after month. In December it was read over 500 times… pretty good for an article written in May!

Your Nero Wolfe article did pretty well too, coming in at #71 for the year. Overall, The Public Life of Sherlock Holmes clocks in as one of our most popular regular blogs.

And don’t give Nick a swelled head, I can’t afford to give him a raise. 🙂

Thanks Ape! I’m going to have to get back to writing some comics reviews one of these days — but now that we have Gabe Dybing on board as a blogger, he might be mining some of those rich veins as well. I’m going to have to cajole him to write something up on Saga or Rat Queens, two of the best comics going these days.

It’s not often I see so many reviews from a single source in the Top Articles for the year… you’re certainly to be congratulated. It’s obvious our readers are profoundly interested in what you’re doing… keep it up!