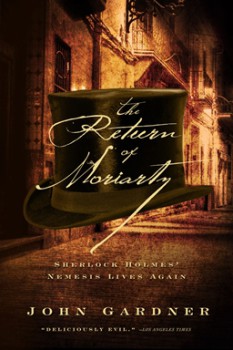 One of the cool things about Black Gate is that there are a bunch of authors who post here. I’m not an author. I do write. As I’ve earned less than $5 from my writings, I don’t flatter myself to be a professional writer. However, I write things that other people (generally, in really small numbers) read. So, I’ll go with calling myself a writer.

Now, many authors here at Black Gate can (and have) given you advice on how to write a novel or get a book published. Do that and then you can be an author too. I’m going to make a suggestion on how you can become a writer, like me. I know, I know: you’re all a tingle.

I’ve got two blogs. My newer one, Almost Holmes, is where I post mostly about mystery-related fiction and a few other key interests, like Humphrey Bogart. Walking Through the Valley, which I’ve had for quite awhile, is mostly about my other interests: including baseball history and Christianity. But anybody can write a blog. A good one is tough to do, but you can sign up at WordPress or Blogspot and voila,’ you’re a blogger. So, no big accomplishment on my part.

Back around 2000, I couldn’t find a single picture of Ronald Howard, the (massively under-appreciated) star of a Sherlock Holmes TV series, on the internet. Not one. So, with no qualifications whatsoever, I created a website that became HolmesOnScreen.com. I’m no Alan Barnes (great book), but the Sherlockian community generally knows that I’m pretty knowledgeable on the subject.

Eventually I took down that site and built another, SolarPons.com. If you want info relating to the best Sherlock Holmes successor out there, it’s the place to go. It’s also the place that I host two free, online newsletters: one for Holmes, one for Pons. 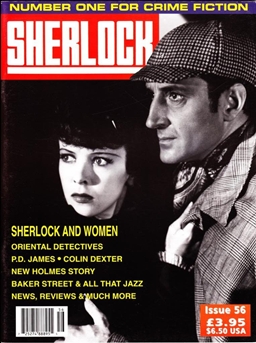 I saw a gap (or two) and decided to fill it (them). Anybody with time, drive and the willingness to delve into the subject matter can do the same. But that “self-starter” approach is what I want to talk about in this post.

I used to subscribe to Sherlock, a British mystery magazine. I wrote a letter to editor David Stuart Davies, suggesting he add a column that reviewed mystery-themed websites. He wrote back, basically saying, “Great idea. Why don’t you do that?” So, I became a columnist for Sherlock, writing “Mystery: Caught in the Web.” When new ownership took over the magazine, David and most of the staff left, including me. But I had created my own writing gig by asserting myself.

I don’t brag about my Sherlockian credentials much (well, I don’t think I do), but I believe I’m about as much of an expert on the late John Gardner’s book, The Return of Moriarty, as you’re going to find. In fact, I was such a fan, I wrote John an email, telling him that it would make a great TV series. And suggested I write a pilot and pitch the concept to him. Again, the response was “Go right ahead and send it to me.”

Previously, I had bought some books on screenwriting, a copy of Final Draft (software) and wrote a meandering, unstructured, way-too-long script about a Civil War naval battle (from which I learned, a great story does not mean it’s a great script). Not exactly a professional. But I went ahead and sent John and his agent a bad two hour pilot, along with a series outline.

They politely passed on my script (though I corresponded with John, a nice guy, until his death). I revised it a few years later and it went from terrible to bad. An unfinished third draft resembled something that someone might actually be interested in discussing. 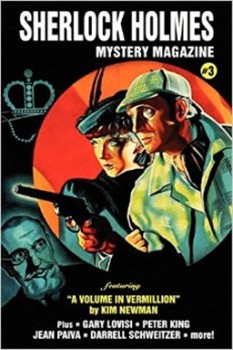 So, once again, simply pushing myself out there where I had no reason to be opened up an opportunity. And I now can say that I wrote a pilot for a an unproduced British tv series. Well, I did!

I’ve contributed to Sherlock Holmes Mystery Magazine because I wrote editor Marvin Kaye and asked if he wanted an article on Nero Wolfe from a Holmes perspective. You (hopefully) read a version of that here. That led to another essay and likely to more in the future. Because I wrote and asked.

You’re reading this post right now (and if you’re not, err… never mind) because, as a long time Black Gate fan, I thought I could pitch a Holmes column. Black Gate is more than just fantasy and sci-fi, but I knew I was stretching it a bit. But I wrote what I thought was a pretty good proposal and John O’Neill said, “How about every Monday morning?” And we’re closing in on a year of weekly posts. I’ve branched out from Holmes to other topics, but that’s still the heart (and title) of the column.

I am currently writing my first novel (I’ve got a couple researched/unfinished ones. It’s a common trait among Holmes fans). It’s part of a long-running mystery series. The original author passed away and an author selected by his estate is currently writing it. But I’m going to finish this book (and a follow up). And at some point, there will be the possibility of a new author for the series.

And I’m going to contact the publisher (who might remember that we have met and emailed) and put myself out there as the writer to carry that series on. Now, I’ve got no business putting my name alongside the original author. I mean, less than NONE. But I’m going to make this book as good as I can and I’m going to pitch myself the same way I did for Sherlock and The Moriarty Chronicles and SH Mystery Magazine. And if my book is good enough, I’m going to move from writer to author.

So, if you have an idea, or you see something out there that you think you might have a role in, do something about it. Had I not emailed David Stuart Davies, I wouldn’t be writing for Black Gate. And I fully expect that in the future, I will be doing something that I can attribute to having written a thousand words a week for Black Gate for what I hope will be a long period of time. You gotta ask. Or suggest. Or even tell. Because for most of us writers, they’re not going to come to you.

It’s Elementary — I hope this came across as self-effacing, not obnoxious. I’m referring to myself as a writer with a lower case ‘w…’

Wow, has it really been almost a year?

You’ve added a lot to BLACK GATE, and we’re delighted to have you. I’m glad you sent me that proposal last year.

“So, if you have an idea, or you see something out there that you think you might have a role in, do something about it.”

Nice post, Bob. Keep up the good work, and let us know when you get that novel out.

Good for you, Bob. I’ve always enjoyed your articles and clearly your progress so far is proof that if you want something to happen, you gotta make it happen.

Thanks for the kind words, folks. It’s been pretty fun so far.

I’ve got a long list of topics I still want to write about (for example, a post on Disney’s ‘The Great Mouse Detective,’ but I’ve only been able to watch the first half of it over the past two weeks..)

Hopefully you’ve all learned a thing or two from the posts and maybe wanted to investigate further (have I mentioned John D. MacDonald…).

Looking forward to 2015 at Black Gate.

Putting my words into practice, I answered a call from my church, looking for volunteers to help write the announcements we run on the video screens before the service starts. As we’re about an 11,000 member congregation, quite a few folks will see these.

So, I’ve got a decent chance (if I’m as funny as I think I am) of having a few thousand folks laugh at one of my jokes. Because I sent an email saying, “I’d love to write some announcements.” We’ll see how it works out.

In another interesting development related to this topic:

I’ve written several posts about Pathfinder RPG products. In fact, I had done a large review for a certain series before I came to Black Gate.

Because of what I’ve written (keep in mind, I’ve played and read RPG stuff for decades, but I’v never done game design), an RPG company now has me on their call list to help write some content for upcoming products.

We’ll see if it comes to fruition and how I do. But along with the ‘you gotta call’ idea, just doing what you do, and putting the product out there, just might get somebody to ask you!

[…] wrote up a post for BlackGate.com. Back in January of 2015, I wrote a Black Gate post titled, Ya Gotta Ask. Basically it said that whatever I’ve managed to achieve (if anything) in the writing field […]