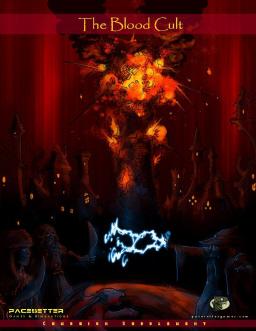 Gary Con is probably my favorite gaming convention. It’s not nearly as large as, say, Gen Con, but it’s friendly, focused on old-school role playing — and a lot closer to Chicago.

I really enjoyed Gary Con VI last March, and brought home a box crammed with treasures. And then I must have forgotten about it, because I just stumbled on it as I was straightening out the library to make room for the Christmas tree. I was supposed to be clearing away junk and vacuuming, and instead I ended up crossed-legged on the floor, with the box empty and the contents spread everywhere, like a kid at Christmas.

I found all kinds of goodies in that box, like back issues of the old-school gaming journal Fight On, omnibus compilations of the hilarious Knight of the Dinner Table comic, and a handful of boxed adventure supplements.

It was the latter that really grabbed my attention. There was a Whisper & Venom, a thoroughly professional production from Lesser Gnome, with a beautiful fold-out map, custom miniatures and color cards, and even a box of dice. And there was The Blood Cult, a heavy box that came crammed full of adventure books and over a dozen two-color maps — just like the classic TSR adventure sets like Dragon Mountain and The Ruins of Undermountain.

I never did get the Christmas tree up (which means I have some making up to do with my wife). But I did spend some quality time with The Blood Cult, and trust me — it was worth it. 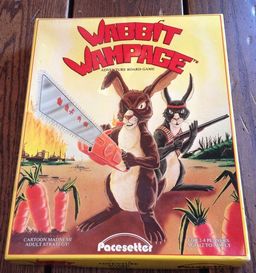 Once I held it in my hands, I remembered buying The Blood Cult, at the Pacesetter Games and Simulations booth in the Dealer’s Room. The name is an homage to the old Pacesetter Games. If you’re a gamer and you’re as old as I am, you’ll remember Pacesetter. They were founded in 1984 in Delavan, Wisconsin, and produced a number of very fondly remembered games, including Chill, the role playing game of classic horror.

Unlike other horror RPGs like Call of Cthulhu and Vampire the Masquerade, Chill didn’t take itself very seriously. It captured the spirit of Hollywood horror better than any game on the market, allowing you to recreate the particular thrills of the Universal monsters (Dracula, Frankenstein, The Mummy, and The Wolf Man) and Saturday afternoon creature features.

Pacesetter’s other releases included Star Ace, Timemaster, Sandman, and the absolutely gonzo board game Wabbit Wampage (1985). Whereas Chill allowed players to experience the joyful horror of low-budget horror flicks, Wabbit Wampage re-created the madcap nature of cartoons — especially Looney Tunes — better than any game I’ve played before or since. The action took place on a farm, where one player took the role of Farmer Brown (think Elmer Fudd), and the rest played rabbits (armed with the gleeful resourcefulness of Bugs Bunny) in an all-out war for the carrot crop. I have many fond memories of playing Wabbit Wampage in grad school in Ottawa, racing my token across the board to the mailbox to pick up my mail-order rocket launcher. Bliss.

Sorry. Pardon an old man for his lack of focus. Back to The Blood Cult.

Pacesetter Games and Simulations had an impressive booth at Gary Con. They’ve published nearly 40 adventure supplements compatible with first edition D&D and other OSR games, including updated reprints of the ultra-rare Palace of the Vampire Queen and The Dwarven Glory, originally published by Wee Warriors way back in 1976 and ’77 and long-sought by collectors.

Looking over all these products on their table in the Dealers Room, it was hard to make a choice. But my eye was soon drawn to the biggest item on the table — the huge boxed set The Blood Cult. Like the old TSR boxed sets, it was crammed full of books and maps, and looked like the best value. That’s the one I brought home. 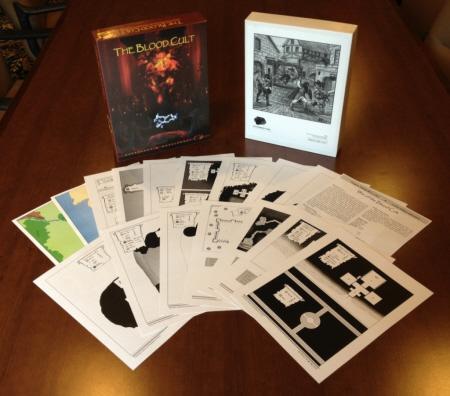 The Blood Cult is suitable for use with first edition Advanced Dungeons and Dragons (officially, it was designed for “First Edition Advanced rules”) and of course it is fully compatible with OSR systems like Castles and Crusades, Labyrinth Lord, and the OSRIC rules system.

The box contains everything you need to add a dangerous and deranged cult to your campaign, including new NPC types, new monsters and magic items, new spells, and even a new paladin subclass. There are also three complete adventure modules, designed to be played standalone or as part of a complete mini-campaign which culminates with the players reaching the infamous Red Tower, a great pinnacle of rock shaped like a demon’s claw in the desert. 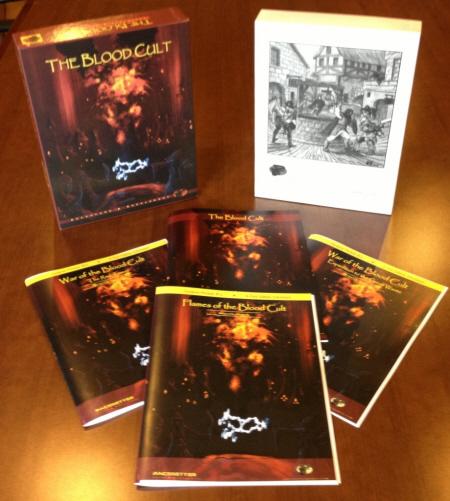 In a single night, the war on magic exploded across the world. The towers of magic collapsed in flame. Wizards are hunted down like animals. Arcane magic is under siege. With little warning and no preparation, the heroes must stand against the mysterious and ferocious Blood Cult.

This boxed set is designed for the first edition game and includes everything you need to add the Blood Cult to your campaign. This game supplement and module series fully describes the Blood Cult, its members, organization and history. Additionally, the campaign supplement book includes 10 Blood Cult NPC types, numerous new monsters, magic items, spells and even a new paladin subclass!

The boxed set also contains two 11×17 color campaign maps, for use in the DarkLand campaign setting or to expand your setting. Additionally, there are 14 cardstock maps and one content card featuring even more new monsters and magic items.

As evocative as that text is, it’s not fully accurate. For one thing, my copy didn’t contain any 11×17 color campaign maps — although it did have four smaller maps, all in color. It also contained an 18-page starter adventure not listed above: BC0: The Haunted House of Clendil (the “Special Blood Cult Edition”).

So yes, the box set contains a total of five books: BC0, BC2, BC3, and BC4, and the Campaign Supplement. What happened to BC1? Who knows? It’s a mystery.

The production quality seems adequate, although I found the art a little lacking in places (and the box cover art, while technically fine, is so dark it’s almost impossible to make out.)

But what finally sold me on The Blood Cult was the cardstock maps. These are fabulous. Numerous and highly detailed, just glancing at these will give you an idea of the scale and ambition of this mega-dungeon adventure, and the level of design detail that went into it. Here are three sample pages — including a breakaway map of the titanic Red Tower, shaped like a demon’s claw (middle image.)

Click for higher resolution (no peeking if you plan to run through the adventure, players!)

The Pacesetter website lists the complete contents of the boxed set as:

As I mentioned, mine ain’t got no 11×17 maps, but it does have four color maps not mentioned above, plus BC0.

Note that Pacesetter Games and Simulations is not the same company as Goblinoid Games, run by our friend friend Daniel Proctor, creator of Labyrinth Lord. A few years back the good folks at Goblinoid bought the old Pacesetter brand and logo and re-launched their RPG line — as Christian Lindke RPG reported in his article for us last year, A Return of Pacesetter RPG Style Horror. (Yes, I know it’s confusing — I was confused myself in the first version of this article, until Daniel corrected me,) Goblnoid has kept the Pacesetter name alive with new releases for Timemaster, Sandman, and other games — check out their complete line-up here.

The Blood Cult was published in 2013 by Pacesetter Games. It is priced at $59, and is currently available at the online store for just $49. Get more details here.

John, by fully compatible with C&C, do you mean it’s easily converted, or that it actually includes C&C challenge levels?

Good question. The former. Sorry for the confusion!

Aww, just looking at maps like that brings back fond memories of old-school D&D maps like Hidden Shrine of (However-you-spell-that-name).

I have the same problem with setting out on a task that brings me across boxes full of intriguing items that I’d forgotten I possessed, and then a long digression of (re)discovery.