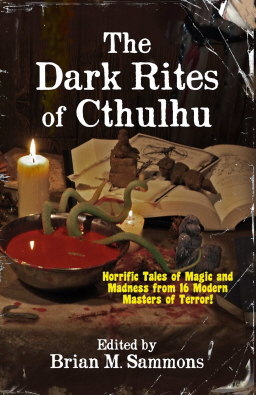 However, the idea of a collection of stories that dealt with the more magical aspects of Lovecraft’s tales, smaller, more intimate stories that explored the consequences of humans meddling in powers beyond their understanding, appealed to me. 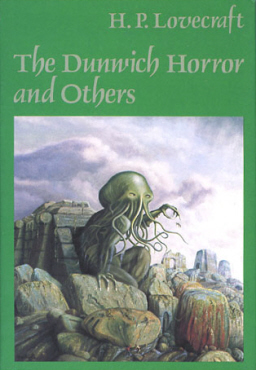 Here was an opportunity to expand upon the varying manifestations of sorcery and magic in Lovecraft’s tales, whether it took the form of the more mathematical conjuring described in “Dreams in the Witch House,” the Hermeticism of “Charles Dexter Ward,” or the more traditional dark arts described in “The Dunwich Horror” and “The Thing on the Doorstep.”

My editor and I knew from the outset that we wanted to read stories that addressed the instigation of monstrous events, rather than the events themselves, and to this end we stipulated that the stories should focus on the books and potions, sigils, incantations, instruments, and ceremonies that are mishandled and abused in a questionable thirst for knowledge.

The guidelines also suggested that the authors consider adding a ‘Hammer-esque’ tinge to their stories, as I wanted the book to echo the luridly pulpy tales I grew up with, reflected in my design for the book cover. Brian reached out to an extraordinary roster of authors, resulting in a ‘dream-team’ for my first publishing outing (see below) and the resulting collection of stories turned out to be as eclectic as I’d hoped, ranging from procedural investigations into dark occurrences through apocalyptic visions and tales of obsession to other-worldly tales of treachery and naivety.

As flagship publications go, I couldn’t be happier with the outcome and I hope that, if you do take a dip in the infested waters of The Dark Rites of Cthulhu, you’ll have a grand old time, before you rise, kicking and screaming, for a large gulp of fresh air.

Available to buy at www.AprilMoonBooks.com

Neil Baker is the publisher of April Moon Books. He lives in Ottawa, Ontario.

I LOVE the cover. The fact alone that you made it resemble a dog-eared MMPB from the 60s or 70s is reason enough to buy it.

Pretty soon (if not already) we’re going to see ebook cover art assume a life of its own, with plenty of callbacks to old paperbacks.

I think this is already a trend. See the cover of Jo Walton’s book What Makes This Book So Great.

[…] an article for Black Gate last month, Neil told us that his first release, The Dark Rites of Cthulhu, was a […]