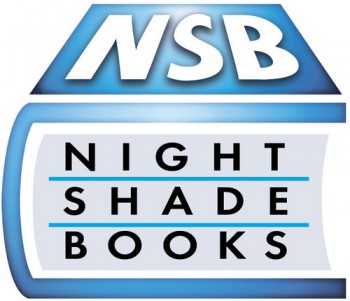 Word has begun to spread this morning that Night Shade Books is in negotiations with Skyhorse Publishing and Start Publishing in an attempt to avoid bankruptcy.

Night Shade has contacted authors to explain the situation, and excerpts from those letters have been posted online:

As you probably know, Night Shade Books has had a difficult time after the demise of Borders. We have reached a point where our current liabilities exceed our assets, and it is clear that, with our current contracts, sales, and financial position, we cannot continue to operate as an independent publisher. If we filed for Chapter 7 bankruptcy, or liquidation, the rights to your books could be entangled in the courts for years as could past or current unpaid royalties or advances. However, we have found an alternative, which will result in authors getting paid everything they are due as well as finding a future home for their books, subject to the terms and conditions stated in this letter.

The deal is not yet finalized and, in fact, hinges on how many authors approve changes to their existing contracts.

Some, including Jeff VanderMeer, have asked the publisher to revert rights back to authors prior to declaring bankruptcy. That’s not likely to be an option however, as its existing publishing contracts are Night Shade’s most valuable asset. As Harry Connolly points out on his blog, bankruptcy courts generally frown on publishers who do that, and such revisions are routinely overruled in court during bankruptcy proceedings.

The loss of Night Shade would be a real blow to the field. Known for taking risks on new writers, they’ve also published some of the most celebrated authors in the genre, including Paolo Bacigalupi, Iain M. Banks, Martha Wells, Manly Wade Wellman, Greg Egan, Glen Cook, Kage Baker, Jay Lake, Elizabeth Bear, Lucius Shepard, and many others. But there have been omnibus signs for the past several years, including a deep sale last April, authors leaving their stable, and others. Publishers Weekly has more detail on the potential sale here; io9‘s report is here.

John,
I can still remember WFC 2011 when we were trying to wrangle Jeremy Lassen for a shot at Tales of the Emerald Serpent. He was riding high on The Windup Girl. How quickly things can devolve… Sad for the industry, and you have to wonder if anyone will survive this.

It’s funny — Jeremy and Jason did exactly what I hope I would have done with the money and success they made with THE WINDUP GIRL: They invested it in growing their company, expanding, acquiring new writers, and taking big risks.

Obviously, we know only a fraction of the real story. But on the surface it looks like a resourceful and hard-working new publisher took a big gamble on new authors, and failed.

Will anyone survive this? Publishers have failed before, and it’s by no means the death-knell of the industry. But today, I’m discouraged.

It’s a shame — they put out some great editions back in the day (Karl Edward Wagner, e.g., and William Hope Hodgson, Clark Ashton Smith, Manly Wade Wellman and Lord Dunsany sets) and introduced me to some fine authors. My biggest concern right now, though, is for those authors — partially for selfish reasons (I really want the third volume in Mazarkis Williams’ series, amongst other things) and partially because I just hate the idea of the authors’ rights to their own work getting tangled up in something like this.

I’m with you Joe! I’m currently waiting on my backordered copy of Laird Barron’s new book from Amazon. Something tells me that Night Shade’s problems are connected to Amazon not delivering on time (which I’ve never seen them not do). Dang it!

More details from someone who had been in contact with both Jason & Jeremy before it all went pear-shaped:

Long story short: Not through malice, but mistakes were made and now things are dire.

Interesting that you say that mcglothlin. I’ve always found Amazon to be very efficient and when I have had problems, their customer service has been helpful and professional. Night Shade made some great books and I own many of them but I stopped buying from them because their customer service sucks and they don’t market their books very well. No business with mediocre customer service, high prices, and thin margins is going to survive in this economy.

I look at Subterranean as a much better run business with just as high quality an offering of books.

> My biggest concern right now, though, is for those authors — partially for selfish reasons
> (I really want the third volume in Mazarkis Williams’ series, amongst other things)

If the asset sale Night Shade is trying to broker goes through, then contracts for future books will be transfered to Skyhorse/Start as well, and those books will be published.

It’s a complex deal that asks for a lot from authors, but’s that’s one reason for readers to hope that the deal goes through.

> I look at Subterranean as a much better run business with just as high quality an offering of books.

Subterranean is a wonderfully run company, and no mistake.

But they have a very different business model than Night Shade. Subterranean publishes archival-quality hardcovers, almost excluslively to the collector’s market. It’s not usual for their books to be released in printings of 500 copies or less. Subterranean produces beautiful books from writers with established fans, for collectors and investors.

Night Shade signed a host of new authors, and took a lot of chances on people with no fan base, publishing low-cost trade paperbacks with high print runs. In short, they took the kind of risks that this industry needs to take to eventually produce writers with a dedicated fan base.

I agree that the Subterranean business model is more lucrative and, unlike much of the publishing industry, has a bright future. The point I was trying to make is that Night Shade’s business model, in order to be successful, has little room for error and on the customer side (and apparently the author side, as well) Night Shade made a lot of mistakes. Subterranean not only has the better business model but makes fewer mistakes.

I do agree that we need publishers willing to develop new talent but I’m not sure the trade paperback is the best vehicle to do so. Although I think fantasy has long been sterile, science fiction has a rich pool of talent – perhaps the finest since the Golden Age – and the genre will easily survive the loss of Night Shade.

I wish Paizo would buy them: that would make up for the shelving of Planet Stories.
🙂

> I think fantasy has long been sterile… and the genre will easily survive the loss of Night Shade.

I’m glad you think so. For me, I mourn the loss of Eclipse Online, Jonathan Strahan’s Best Science Fiction and Fantasy of the Year (up to Vol. 7), Ellen Datlow’s Best Horror of the Year (up to Vol 5), John Joseph Adams WASTELANDS anthologies, and the 30+ other books Night Shade published every year.

Perhaps there’s a reason you think fantasy is sterile? Does it have anything to do with a lack of new, original voices? The kinds of writers Night Shade tried to discover and promote to a wide audience, instead of just repacking popular writers in expensive limited editions, in a profitable and low-risk business?

Yes, the genre will survive. But survive is not the same thing as flourish.

> I wish Paizo would buy them: that would make up for the shelving of Planet Stories.

Ha! I miss Planet Stories too. But I think Erik Mona at Paizo kept the imprint going far longer than many more cold-hearted businessmen would have. They gave it every chance opportunity (and more), and I’m grateful for the books we do have.

[…] on Monday that he has terminal gall bladder cancer, both Eclipse Online and Night Shade Books packed it in on Thursday, and Roger Ebert died on Friday. And prolific English dark fantasy writer Basil Copper, […]

Very few dead tree publishers will survive in the upcoming years. High quality collectibles is one of the few hardcopy markets that e-books won’t devastate. SF will do more that survive. It is flourishing today and will continue to flourish in e-book format because it continues to be creative, challenging, and, most importantly, fun!

Why do I think fantasy is sterile? Because the overwhelming majority of today’s fantasies merely project 21st Century Western culture (perhaps re-skinned into a different body)and its sensibilities into an imagined world with magic and, unsurprisingly, are dull. At least in the early era of fantasy it was a modern person magically transferred into a new world. Today, however, the genre has become a Ren Fair. Its not a dearth of risk taking publishers, its a dearth of risk taking authors in the genre.

A longer answer than perhaps you wanted but since you asked… 🙂

[…] we first reported on April 4th, Skyhorse Publishing and Start Publishing have been in negotiations to acquire the assets of Night […]