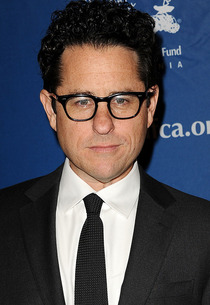 An announcement was expected following Disney’s acquisition of Lucasfilm in October and rumors have been swirling around Abrams for the last 48 hours.

In entertainment circles, this hook-up is akin to the marriage of Michael Jackson and Priscilla Presley, which made Jackson Elvis Presely’s son-in-law. Abrams, who directed 2009’s Star Trek, unites science fiction’s two largest film franchises under a single creative umbrella.

Abrams had an impressive television resume long before he became King of SF Film: his creations include Felicity, Alias, Lost and Fringe. He wrote and directed the Spielberg homage Super 8 and the action flick Mission: Impossible III, and co-wrote Armageddon. George Lucas said in a statement:

I’ve consistently been impressed with J.J. as a filmmaker and storyteller. He’s an ideal choice to direct the new Star Wars film and the legacy couldn’t be in better hands.

According to Disney’s Michael Arndt, the Oscar-winning writer of Little Miss Sunshine, Toy Story 3, and the upcoming The Hunger Games: Catching Fire, will write the screenplay. It will arrive in theaters in 2015, and Disney has announced plans to release a new Star Wars film every two to three years after that. The Empire Strikes Back writer Lawrence Kasdan will script the second, and Simon Kinberg (Sherlock Holmes) is on deck for the third.

Rumors abound on the plot of the next three films, including whether or not they will include Mark Hamill, Carrie Fisher and Harrison Ford. Recent reports in The Guardian and Reuters suggest they could center on Luke Skywalker’s attempts to found a Jedi academy on the planet Yavin 4.

I’d almost rather see it back in the hands of Lucas.

Still, did anyone think Disney would take risks or dare anything even slightly fresh with their billion dollar investment?

I’m willing to give Abrams the benefit of the doubt. For one thing, I thought his Spielberg homage SUPER 8 was flawless Spielberg… anyone who can copy his style that well can do a fine job with Lucas, I think.

And if I don’t want him to copy Lucas?

Sorry, sorry, you can ignore me. My love of Star Wars died before the second trilogy came out. But I’m not a fan of Abrams either.

> But I’m not a fan of Abrams either.

I’m more a fan of Abrams TV series than his movies. I thought his STAR TREK reboot had some real strengths, but fell down in a few spots.

But his love of Trek came across on the screen, and he’s clearly a gifted writer/director, so if he can bring that combination to STAR WARS I won’t complain.

I think Abrams has made a career out of talking old ideas from early TV and movies and adapting them for modern audiences. That’s what Lucas did with Star Wars.

As people who want something different from the movies, what do you want? Darker? Twelve years olds are going to see it. Edgier? Star Wars may have been innovative when it came out, but it was never edgy.

Honestly I think Abrams was the best choice (after Whedon, long mat he reign). The problem for Disney is going to be the persecution complex Star Wars fandom has (The only people harder to please are comic book fans). I think Disney announced Abrams too early. The should have spent a few months courting Uwe Boll. Then, when they announced Abrams, it would have been a relief.

Well, my problem with it isn’t him per se, but can be summed up by what this represents: forget talk about the differences between Trek and Wars, they’re the same thing now. Big, slick, special effects action films that are completely interchangeable.

I do think your point about Abrams ability to mimic style is a good one, John, and I fully expect the films to be competent in the way the new Trek was. In the way that fast food is.

I think what’s sadder is that these movies are sequels. Hell, if anything begged a fresh start it’s this franchise — one of Lucas’ chief blunders with his prequels was in freighting the characters and occurrences of the later films with such importance that all we saw were stupid coincidences and connections that completely undermined any kind of actual narrative weight. I can see a new trilogy drowning under the need for call backs and references, while continually reminding us that the only people of importance in the entire universe all happen to be regulars at the same tatooine dive bar; the whole axis of the Star Wars storyline feels ridiculously incestuous at this point (and no, that’s not a Luke and Leia reference ;)) and ought to be set aside to let something else develop (of which I’m sure there is already an enormous amount of material in the IP’s tie-in media).

New ideas, new characters, keep what’s good about the universe but give us a fresh start without the stupid baggage. But instead of that what they’ll do is resuscitate vague concepts from some ancient scribbled-on legal pad that Lucas — the man who names his characters things like ‘DooDoo PeePuu’ and thought a story about a boy who grows up to be space hitler was a good idea — found when he was cleaning out his desk at Skywalker ranch.

It just feels like a big waste of a golden opportunity.

I certainly don’t want darker or edgier (Han shooting first was good enough for me), just something that doesn’t cling to mined-out plots and characters like a limpet in a wind tunnel.

> As people who want something different from the movies, what do you want? Darker? Twelve years olds are going to see it.

I saw STAR WARS in theaters when I was 12, and it changed my life. I saw the sequels as an adult, and was disappointed when the same thing didn’t happen. I think those of us unlucky enough to see the new movies as adults have to remember that to experience that magic again, we need to return to the age of 12 before stepping into the movie theater.

Well put. Yeah, I hadn’t considered that — that there will now be a certain inevitable sameness to STAR TREK and STAR WARS, and part of what made the genre of big budget science fiction so rich, its diversity, has been snuffed out.

> New ideas, new characters, keep what’s good about the universe but give us a fresh start without the stupid baggage.
> But instead of that what they’ll do is resuscitate vague concepts from some ancient scribbled-on legal pad

Now here you’re just damning the movie without really knowing anything about it! Abrams has been able to surprise me many times — not always good surprises, sure, but’s that what happens when you take risks. I believe he’ll surprise us again with STAR WARS.

Will it be a great surprise? Dunno. But I agree with you completely that what the series needs to do now is take risks, and in Abrams I see a director willing to do that.

[…] Darkness is directed by J. J. Abrams, and is set for release on May 17, 2013. As we reported in January, Abrams was also selected as the director for the next Star Wars […]