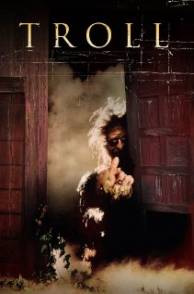 Honestly, I don’t know where to start with this news.

Back in 1986, Sonny Bono, Julia Louis-Dreyfus and Noah Hathaway (who played the lead character “Boxy” in the original TV version of Battlestar Galactica and “Atreyu” in The NeverEnding Story), got together in a cinematic train wreck called Troll. This film, such that it is, is not to be confused with Troll 2, called “the most beloved-best worst movie of all time,” which was released in 1990 and had zilch to do with the plot of its namesake.

In Troll, the sister of Hathaway’s character (played by ex Charlie’s Angel Shelly Hack) is possessed by an evil wizard in the form of a troll.

Since JK Rowling first published her famous book series about a boy wizard in 1997, I rather doubt she stole the character from John Carl Buechler’s wretched film (or even saw it for that matter). But the people behind Troll do have a claim on the name Harry Potter; and we are in the middle of a remake craze…

Can you guess where this is going…?

But believe it or not, Troll’s father / son producing team, Albert and Charles Band, think they’re on pretty firm legal ground, and they even boast about how they could have sued Rowling: 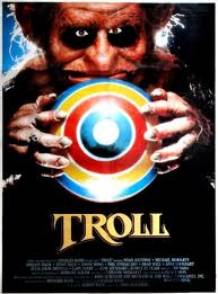 While some of the films’ themes might seem familiar, Troll’s owner decided not to sue J. K. Rowling or Warner Bros… because of a family tragedy at the time. They just put it on the back burner and delayed matters until now.

There is no problem with doing a remake of Troll because you can remake your own stuff. Everybody knows it was our material. We made the movie years before Rowling came out with her book.

An up-and-coming actor named Harrison Bliss has been cast as “Harry” in the remake with Ali Lohan (yes, Lindsey’s little sis) playing the witch Eunice St. Clair. Troll: Rise of Harry Potter is currently in pre-production where there is still a chance it could languish and die.

Meanwhile, back on Planet Earth…

Fans of the more commonly known Harry Potter probably thought they’d seen the last of the boy wizard on the big screen but a ninth film is reportedly being shot in secret. However, you’ll have to visit a theme park to view it.

The ‘mini movie’ is understood to have been commissioned for The Wizarding World of Harry Potter at Universal Studios in Orlando and initially will be shown at the two new Harry Potter theme parks currently under construction in Japan and California.

Along with the core cast, actress Helena Bonham Carter, who played “Bellatrix Lestrange”, is also reprising her role and the actors have been filming at Warner Brothers’ studios in Hertfordshire, UK.

Details of the plot are being kept tightly under wraps.

A source told London’s The Sun newspaper, “The cast have really enjoyed getting back together – they are so tight-knit.” The source also says the stars have been enjoying the luxury of being able to pop in and out since their shooting schedule isn’t nearly as hectic as it was for the first eight films.

Hey, there was a troll in one of the Harry Potter movies, wasn’t there…?

Have you seen the 1986 Troll? Did you think it was cinematic gold whose characters were simply too complex in their genius for us neophytes to comprehend? It’s happened before, so post a comment or drop a line to sue@blackgate.com.

I also just realized that the first name of “It’s a Wonderful Life”‘s Mr. Potter was Henry…maybe as a boy he was also known as Harry Potter?

Somewhere a Universal Studios lawyer is scampering around his office doing a happy dance. It truly is a wonderful life…

Troll was a movie I loved when I was a kid. I was about seven or eight and wore that VHS rental out. 😀 The thing I think that captivated me the most about it was the fact the villain didn’t just kill his victims or eat them, but changed them. The idea of him turning them into something different and alien completely weirded out my adolescent brain.

I think there are too many coincidences though to say J.K. Rowling wasn’t at least inspired by the film. I’m not just talking about the name of the main character either. You also have the evil wizard villain who has been reduced to a subhuman, ghoulish form of his previous self who gains minions by subverting and corrupting them. Does this mean that I think Rowling blatantly ripped the film off? No I don’t. But I do think she saw it at some point and forgot about it while bits and pieces stuck hid deep in her memories allowing her to recreate the character and concepts later on. I don’t think this is a bad thing, and it probably happens more than most creators care to admit.

Case in point, back in my late teens I tried to be a writer and concocted a hideous little tale about wandering warrior with a mind amplifying power sword that was slowly driving him insane. In it he was drawn into a battle with a huge troll that was kidnapping a local village’s children and turning them into plant creatures in his underground crystal lair. Now at the time I thought I was writing one of the world’s greatest works of fiction, and if anyone had dared to suggest otherwise (had I dared to let anyone read it even then) I probably would have spit on them. But age does wonderful things and looking back, I can see Troll, among other things, all over it.

I’m no lawyer, but legally I think this is a huge gray area. At best, I think WB and Rowling might be able to get them to take the Harry Potter name off the cover.

Thanks for your comments CMR. When the check from Charles and Albert Band arrives, I advise you cash it quickly.

PS: Latest news I was able to turn up is the Family Band has indeed decided against flying in the face of attornies who work for the richest woman in England and have removed “Harry Potter” from the title. They’ve decided calling it simply “Troll” was being truer to their personal idioms…