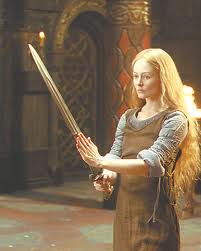 I realized yesterday that my hard learned lesson about publishing (“it’s a long distance run, not a sprint”) can’t help someone dying of cancer. What do you say to someone who will mostly likely be dead before she reaches the age you were when you first got a book contract?

I have a friend who’s been dying of cancer for a long time. Since she was in her teens, in fact. She keeps beating back Non-Hodgkin’s Lymphoma, and sometimes she even manages to kill off subsidiary cancers that bloom up in the meantime. But here’s the thing about Non-Hodgkin’s Lymphoma. It might go into remission but it never really goes away. And now it’s stopped responding to treatment. Because Non-Hodgkin’s can go slow, or fast, or change its mind about where it pops up or how fast it wants to develop, there’s really no telling how much longer my friend has. It could be months, or it could be years.

Before any rumors or speculations start flying, I’m not talking about anyone here on the Black Gate staff. For the sake of my friend’s privacy, let’s call her Eowyn, because she’s smart, gutsy, and beautiful.

She’s been living with cancer so long that she almost uses it like a superpower. Her ability to focus on the moment — to live in the seconds she has and not to be thinking about what comes next — exceeds that of anyone else I’ve ever met, and I think it must have something to do with the outlook on life cancer has forced upon her. When she sits down to write, she is so totally tuned in to what she is doing she can complete a novel in a couple of months. And those novels are good; my God, they’re good.

Yet the publishing world moves at the speed of slow. I’ve watched as the months and years have dragged on and no book deal comes her way. I no longer know what to advise her. It’s not that she wants a truckload of money — there’s not enough money in the world yet to cure this thing. It’s that she wants to share her stories; more than that, she wants to be here while she shares her stories. And in an industry where even a requested novel might sit around for a few years before you sign, and then must wait six months to a year longer to appear in print… well, what do you say?

I don’t think there’s anything left to advise that doesn’t sound trite. All I know to do is to be here when my friend calls.

She needs to self-publish, Howard; it isn’t the last resort of the unpublishable anymore, it really is a smart and viable way to get your fiction into the hands of readers. The fact that it isn’t about the money makes it an even more appealing route, since this isn’t about someone with no patience jumping into something with a get rich quick mentality.

And we both know it goes beyond the slow pace of things. How about the other roadblocks — what if B&N didn’t like her cover like DoS? What if she gets a dim copyeditor? How about all the other hassle she’d have to endure with agents and lawyers and one-sided contracts and bad art and dropped series … a litany of potential woes that, while not guaranteed, is certainly a very real possibility for anyone. What if she lived to see the book go through the system, only for it to be screwed up by the system?

If your friend wants readers more than seeing her book in stores, and wants to focus on writing more than dealing with useless rewrites or lopsided contracts, it’s the absolute best option. Traditional publishing is for those with the luxury of time, and the energy to get kicked around.

There is a world of resources out there for this — if you’d like me to share some more ideas please send me an email. Art, editing, file conversion, all of this can be done at low cost and to good results. And I already know for a fact she has a first rate fiction editor for a good friend.

Bill makes some very good points in favor of self-publishing. If she can forgo a sense of validation from the ‘traditional’ institution (not that that is a movtivation for her at all, necessarily) and replace it with validation from readers, this seems a reasonable approach. Like Bill I’d be happy to provide whatever help I can.

As a Director of Publications, I say self-publish, if that says anything at all.

As a person who buys a lot of books, I can say I’d buy a self-pubbed book if it had blurbs from awesome writers I’d already read. Such as, say, you.

Self-publish. You can self-publish in e-, TPB and hardcover very easily.

If going completely DIY seems too much, use one of the format-it-for-you companies (eg. Lucky Bat Books). Don’t use one of the “we’ll do it for a percentage” lot.

Self publish, definitely. I entered the fray when the industry began losing its stigma, which didn’t matter to me because it gave me the means to accomplish what I wanted in a timely manner, which it will for her. If you need any advice, let me know. I’d be happy to help.

I want to thank all of you for your fine suggestions and your sincere offers of help. I will show my friend what you’ve said here.

I am grateful to you for your support and generosity.