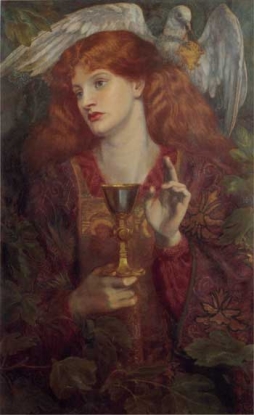 Hampered this past week by a bad cold, I’ve made only minimal progress in National Novel Writing Month (you can see my previous thoughts on this year’s NaNoWriMo here, here, here, and here). Still, a few things have become clear to me about the shape of my story; I seem to be writing, not a two-book story, but a four-book saga. Which is all right, since the idea of the story, Modred finding his way at the court of Arthur and beyond, was always meant to divide into four units; only now it seems those units are going to be longer than I’d expected.

But what’s surprising me so far is not how the material I expected to find in the story is arranging itself, but how unpredictable some of that material is. How symbols are choosing themselves, and manifesting in strange ways. And in ways of which I’m only vaguely conscious.

“Symbol” is in many ways a difficult word. What’s a symbol? The way I think of it, it’s an image in a story that means more than itself; specifically, an image that means more than can be explained. It’s an allusive image; a symbol typically seems to mean more than one thing, and usually gains resonance by being part of more than one symbol-system, whether the author was conscious of it or not. So a symbol can be defined as an image whose significance can be read many ways, but which can never be wholly captured by a non-narrative paraphrase. 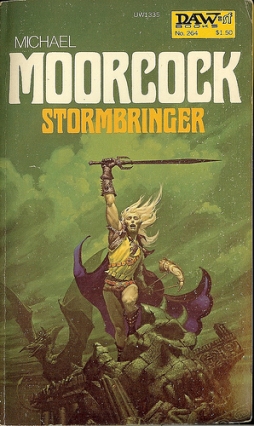 To give an immediate fantasy example of what I mean, look at Michael Moorcock’s Elric stories, which have been on my mind as I write this novel. Elric’s main weapon is the sentient black runesword Stormbringer, which drains the souls of his enemies, but has a dark will of its own that leads him often to destroy what he values most. Moorcock’s said that he consciously used Freudian symbolism in the Elric stories, and it’s not difficult to see Stormbringer as a phallic symbol; but then, Moorcock’s also said (here, for example) he consciously used Jungian symbolism in the stories, and it’s also easy to see the sword as the Jungian shadow, the unconscious part of ourselves that is often sinister, a projection of our own weaknesses. (In fact, the definition of symbol that I use is very similar to Jung’s.)

Personally, I feel that what makes the image work is the uncomfortable sense that there’s a meaning to Stormbringer beyond what can be articulated. That Freudian or Jungian explanations don’t really explain the sword. To me, the sword, as a symbol, includes the Freudian and Jungian interpretations, but also includes any number of other interpretations as well. 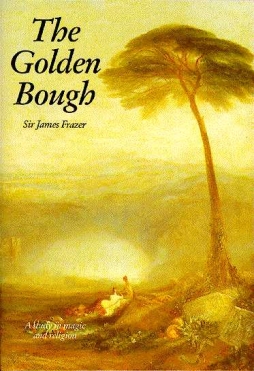 The Arthurian legends have perhaps more examples of this than most stories. Because they’re so well known, because they’ve so often been reinterpreted, they’ve got a wide range of symbols and potential symbols in them, which in turn become vehicles to support arguments about the real meanings of the stories—some of which were maybe intended by the authors, and some of which clearly weren’t.

During the quest for the Holy Grail, for example, Malory tells us that a knight has a vision of a bleeding spear and a cup. On the literal level of the story, the image is explained by saying that the spear was the spear that wounded Christ on the cross; the cup is the Grail, that caught his blood. So far so good. The Grail and spear are images of Christ and of divinity.

But if that’s all they were, they probably wouldn’t have attracted much attention over the years. In fact, it’s easy to read other meanings into the images. The spear as a male symbol, the cup as female. The cup recalls ever-filling cauldrons in Celtic myths. The spear and cup are two images in the tarot (in some versions of the story, you also have attendants following the spear and cup with a sword and a plate). One can go on; conspiracy theorists have argued that the Holy Grail, the Sangreal, was a coded reference to a secret bloodline of Christ, a Holy Family hidden in England. The spear and cup are symbols, then; they seem to mean more than can be easily explained, and so they’ve had meanings projected onto them by people trying to work out a specific meaning to the story as a whole. 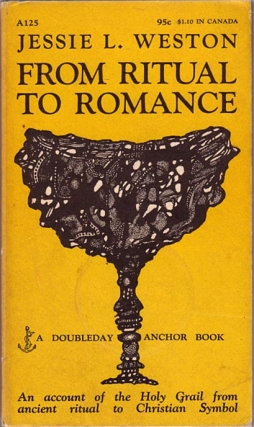 Perhaps the most elaborate playing-about with the symbols of the Arthurian myth was to be found in Jessie Weston’s book From Ritual to Romance. Weston was a writer and folklorist in the early twentieth century, an era when the study of folktales was just coming into its own. Following in the footsteps of James Frazer`s Golden Bough, which argued that religious rituals in various societies around the world were reflections of fertility myths, folklorists tried to find the same symbolism in all sorts of celebrations, festivals—and in Arthurian literature.

Weston claimed that the story of the maimed Fisher King whose land has been laid waste, and who must be restored by a virtuous quester who asks certain key questions at the right place, recalls a forgotten fertility myth. Weston brings in the Celtic and Tarot references as indication of the ancient nature of the material, which, to her, relates to the cup and lance as sexual symbols. It seems a fairly elaborate structure to impose over tales of knightly adventure, but it also seems to get at something in the nature of the stories; which, after all, do have romance as a major theme.

The point I want to get at here is that the Arthurian myths are a rich field for symbol-hunters. That’s probably why they’ve lasted as long as they have; because of the many readings they can support. Because of the many dimensions of their symbols. 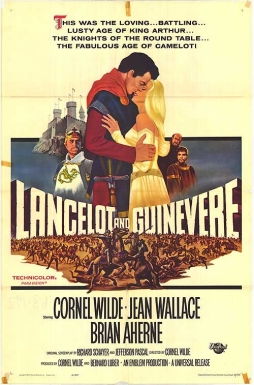 Of course, a symbol isn’t necessarily something that comes to a character in a religious vision. The knight who sees these things can be a symbol; the castle in which he sees them might have symbolic weight. It’s a question of what role they have in the story, in the way they’re written. And indeed what makes the set of Arthurian symbols interesting to me, as I retell the story myself, is the concreteness they have, or can have. One of the knights who sees the lance is wounded by it in the shoulder; it’s a real weapon, not just the symbol of one. But more generally, the knights of the court can be seen to have real personalities, real histories. Launcelot may symbolise the best of earthly knighthood (as we are repeatedly told), and he may also by his role in the story symbolise courtly love, but he’s also a real person, with a personality that can be easily seen in his story.

I never used to understand writers who tried to work real history into the Arthur stories at the expense of the fantasy. That is, I understood the value of history used as an element of an Arthurian retelling, but not as a boundary condition. And yet the more I work with my own retelling, the more I see that the legend can lend itself to a very grounded interpretation. The story itself isn’t just a set of symbols, whether you interpret them as being about chivalry or fertility myth or anything else; it’s a story, which can be worked out in any number of ways. Which can find its own symbols.

In a sense this is obvious. Any story can be written in different ways, resulting in different symbolic images; the same narrative can produce different texts with different points of emphases. And then also most specific texts can be given different readings which find symbolic weight in different images. But I wonder if the fact that the Arthur texts present such a well-known legend leads to a tendency, in retelling it, to argue against its existence as a collection of symbols. Whether the retelling almost has to make an argument that it isn’t just playing about with the symbols of so many prior narratives; whether it has to insist on its own integrity.

Arthur isn’t only an image of the greatest of all kings. He’s also a real person, who was shaped by specific experiences and has a specific personality and specific flaws. Merlin isn’t only a wizard, isn’t only an archetype midway between Odin and Gandalf; he’s a man, and a frustrated lover, at that, and all in all a person both wise and foolish. Or else they’re not, if the story chooses to imagine them differently. 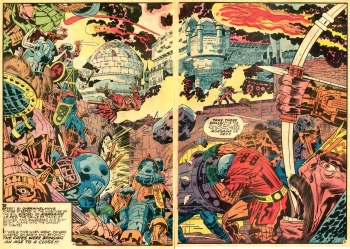 The point is that to redefine these characters is to reimagine the whole story, its structure—and its symbols. To imagine a physical Camelot, with a specific architecture and construction and layout, isn’t just to imagine a symbolic centre to their story; it means creating a symbol of your own to house the symbols, the characters, you’re writing about.

Symbols, to me, aren’t always created by a conscious decision. In fact they’re often manifestations of the unconscious, something that comes out in the course of writing. You make a choice in your story, and it feels right, and only afterwards do you realise that the rightness is a function of it fitting in with the rest of your material on some level beyond simply plot. As you redraft and rework your story, you can play about with the symbols you gave yourself; but you may not have chosen to introduce them as you were writing out the first draft. It may not even have been on your mind.

So as I plug away telling the story of Arthur’s disaffected son, I’m aware on one level that I’m working with a collection of symbols that have resonated for centuries, through most of the recorded history of the English language (and even before that). But at another level I`m trying to find my way through the story, working out conflict and motivation and plot twists and which character knew what when, and making it all fit in some coherent way. I`m not thinking about the story symbolically, except in general terms of what I have in mind thematically. I have to hope that the familiar symbols of the story—Arthur, Camelot, Excalibur—will end up, when I look back over it, making sense almost on their own.

My point is that they have a tendency to do just that. That’s why the story’s lasted so long. They lend themselves to carrying symbolic weight. You can find meaning in them in almost any iteration.

Which I suppose means that the process of writing this story is a way for me to work out what they actually mean to me. With nearly 60,000 words written, I’m not sure I’m really that close to finding out. But the process is well under way.

And in NaNoWriMo, as I’ve argued before, process is all.