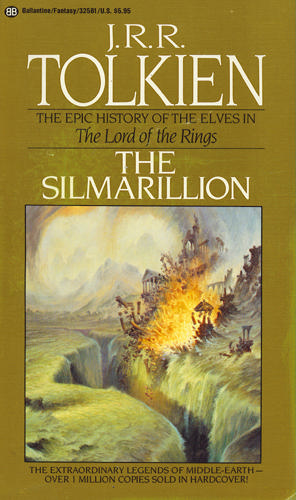 “Utter originality is, of course, out of the question.”
–Ezra Pound

“It is better to fail in originality than to succeed in imitation.”
–Herman Melville

“Originality is nothing but judicious imitation.”
–Voltaire

How does one go about writing a great piece of fantasy? Everybody seems to have his or her own answer. A lot of that depends on what you (personally) consider to BE “great fantasy.” In my view, the fantasist must be, first and foremost, original. That’s easier said than done.

We all know that fantasy tropes, plots, and devices are recycled endlessly, and that’s as it should be, since fantasy fiction is simply the modern equivalent of the myth cycles of early humanity. The heroes, conflicts, and adventures touch on the timeless themes that run through all literature, from BEOWULF to THE ODYSSEY to LORD OF THE RINGS to our modern fantasy epics. It’s been said before that “There are no new stories, just new ways to tell them.” And that’s the job of the modern fantasy writer: to tell a mythic story in an entirely new way.

The problem is that many fantasies simply recycle ideas from J.R.R.Tolkien and those who have already recycled Tolkien (or fantasy games that emulate his works). Yes, J.R.R. is a fundamental cornerstone of the genre, and yes his work is brilliant and should always be read and remembered. But so is the work of Lord Dunsany, Clark Ashton Smith, Robert E. Howard, Fritz Leiber, Edgar Rice Burroughs, E. R. Eddison, Jack Vance, and many more writers I could name. 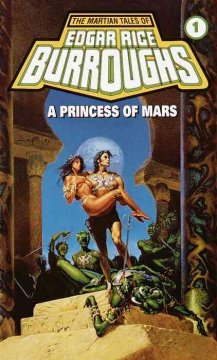 What separates the heroic quest of John Carter from that of Aragorn? What distinguishes the sorcerers of Zothique from those of Lankhmar? What is that magical ingredient that turns the old to new, that brings freshness to the classic elements of fantasy?

It’s ORIGINALITY, and it’s the metaphorical genie in the bottle. Its the dancing witch-fire we writers must strive to catch.

Where does originality come from? In my view, it comes from somewhere deep inside the author’s soul (not his mind–that’s an entirely different entity that serves as a filter for the genuine soul-stuff).

One of my favorite authors, A. A. Attanasio (http://www.aaattanasio.com/) wrote a five-book series that retells the King Arthur legend. The ARTHOR Series begins with the amazing THE DRAGON AND THE UNICORN, a fantasy must-read. Now this is a story we’ve heard over and over and over again from the time we were tots watching Disney’s “Sword in the Stone.” Yet Attanasio breathes fresh life into this saga by TELLING IT IN AN ENTIRELY NEW WAY. 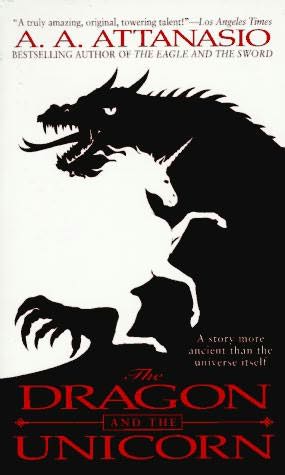 He makes his readers believe in the feasibility of sorcery, not with lengthy and boring explanations on the metaphysics of magic, but by the casual way he describes such magic being evoked and taking effect. His view of magic’s inner workings is deep and ingrained in his mind long before he sets pen to paper (or fingers to keyboard, as the case may be). You can tell he’s thought this thing out, and it flows from him as naturally as a simple scene of conversation between a knight and his squire. In the context of quantum physics, you can see the rationale for Attanasio’s magic. And, too, his characters are original takes on the classic versions. They have real personalities, they’re not cardboard facsimiles of those we’ve seen before. By bringing something truly ORIGINAL to his work, A. A. Attanasio brings fresh life to the epic saga of the Pendragons.

Another author who brings staggering originality to his fantasy work is R. Scott Bakker, whose PRINCE OF NOTHING series rises head and shoulders above much mainstream fantasy. (www.princeofnothing.com/) What’s his secret? It’s bringing his own understanding of existential philosophy to the fantasy world that he builds. He uses such philosophical underpinnings to bring his characters, his sorcery, and his world to life. But it’s not just the philosophy here that makes it work (he doesn’t preach to his readers), it’s also the down-and-dirty, sweat-and-blood, day-to-day existence that his characters live. His originality screams from every page because it’s invested in his concepts at a fundamental level. He’s not trying to impress you with his impressive mastery of philosophical disciplines, but uses it instead to build a world with its own philosophies and characters who live and breath those philosophies. It’s originality at its best, and the first book in his series THE DARKNESS THAT COMES BEFORE reads like no other fantasy epic. (See my previous post on THE PRINCE OF NOTHING Trilogy.)

Tanith Lee is unarguably one of the greatest living fantasy writers on our little green planet. Her most recent epic fantasy is The LIONWOLF Trilogy. Lee has been writing spectacularly good fantasy for over three decades now, and this latest series harkens back to her earlier works of greatness such as TALES FROM THE FLAT EARTH. Lee crafts a tale that explores the life (and death, and afterlife) of a man-god who polarizes a frozen world of sorcery and tribal savagery. She writes with such an ingrained poetic sensibility that it’s impossible not to read her fantasies without being swept up in the magical and natural phenomena that she creates. Her men are fierce, her women are often fiercer, and she writes with the presence of a Grand Master: her originality is such a part of her that it creeps into every line. It invests every page, seeping forth in her word choice, her choice of metaphors and similes, her descriptive language, and the flaws of her characters that make them so utterly human. Tanith Lee IS originality. (See my previous post on The LIONWOLF Trilogy.) 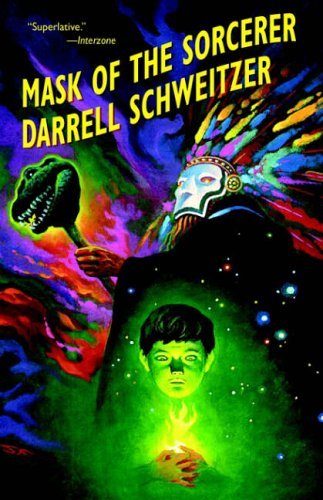 I could cite other authors who bring true originality to fantasy (such as Darrell Schweitzer, Jeff VanderMeer, and Patricia MacKillip, to name only a few), but I think I’ve made my point about originality. It’s not enough to write a fantasy tale that works–you have to write something NEW. You have to look for your inspiration wherever you find it, whether it be in a textbook of philosophy, a history documentary, a psychological treatise, the grandeur of nature, or anywhere else. Find out what inspires you, and engage yourself. Since much of fantasy works on an allegorical level, you can often find plenty of inspiration by just observing this wonderfully crazy, bloody, screwed-up world we live in right now and filtering that into a fictional setting.

How do you write an original piece of fantasy? You start by thinking original thoughts. It’s my belief that the longer a writer “sits” on an idea, letting it grow and expand in his/her consciousness (and sub-consciousness), the better that concept will be when the writer sits down and commits it to paper. It’s had time to mature and develop into something…original.

Personally, I find ideas in history, literature, politics, music, nature, art, and everything that happens to me. Let the threads of your very existence inspire you…for your world is not like anyone else’s. We all live in our own realities, while paradoxically sharing the same reality. Plant the seeds of your initial concepts in the fertile soil of your mind. Bring something new to your fantasy endeavors, something no other author can deliver. Often, you won’t know what that is until you start writing, so write as many stories as you can. The only way to become a better writer is to WRITE. 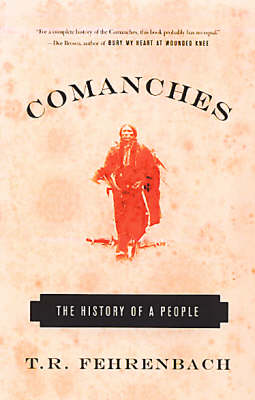 I’m currently working on a novel with a Native American protagonist circa 1700 A.D.  That’s some twenty years after the “great horse dispersal,” when the southwest Pueblo Indians rose up and defeated their Spanish conquerors, releasing hundreds of horses into the wild Great Plains. It was an event that set the tone of the next 100 years, and I found it irresistible as part of the background for a piece of fiction that combines Heroic Fantasy and Historical Fantasy. I was inspired by T.R. Fehrenbach’s seminal nonfiction work COMANCHES: THE HISTORY OF A PEOPLE. After immersing myself in this fascinating and brutal era of North American history, in the magical world of the pre-Comanche culture, I mixed this inspiration with some purely fantastical ideas. Seventeenth and 18th Century Amerindians were beset on all sides by strange European cultures…but what if they were also exposed to a culture of the fantastic? That was the seed that grew into THE LIFE AND DREAMS OF TALL EAGLE. The title is tentative, but the idea is not.

The best thing to do is read the Great Writers of fantasy and let their works inspire you. But you can’t afford to stop there. Read other things as well. Read outside the fantasy genre—historical, science fiction, crime, etc. As an example, my own Artifice the Quill and Taizo of Narr stories in BLACK GATE and WEIRD TALES were initially inspired by William Gibson’s science fiction work, though the finished tales bear no resemblance whatsoever to Gibson.

Soak it all up, and let your mind serve as a filter for the beautiful mess that re-emerges. Eventually, it will come pouring out of you, and several original ideas may mix together to create a tasty stew of fantastical goodness. It’s been said that true creativity is not dreaming up a brand-new idea, but in combining otherwise unconnected or unrelated ideas. This can be a great source of originality.

Above all, I submit to you that the way to write great fantasy is to strive for ORIGINALITY by combining raw INSPIRATION with your own PERSONALITY. If there is a formula, that might be it. 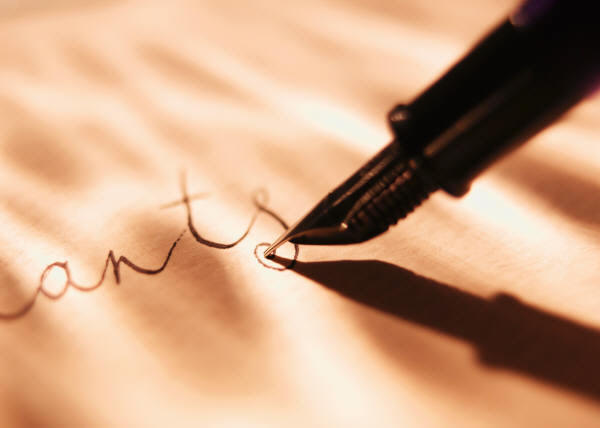 NOTE: An earlier version of this essay appeared in several posts on the BLACK GATE message boards a few years ago.

[…] at the BLACK GATE web site that explores originality in writing fantasy fiction. Check it out at http://www.blackgate.com/2010/07/08/on-writing-fantasy-the-quest-for-originality/#more-9100 Comments RSS […]

I Hate Elves! | The Scrolls of Lankhmar

[…] on the Black Gate, John Fultz wrote the article, ON WRITING FANTASY: The Quest for Originality.  He doesn’t dwell on this, but he does make the following point: The problem is that many […]

great article and very interesting, what about a continuation talking about techniiques and style as you say?
Francisco…

Thanks! That’s a great idea. This could be a nice series of articles on Style, Character, Theme, etc…

[…] to talk about the role of “Plot” in Fantasy Fiction. (Previous installments covered Originality and […]

[…] Elements of Fiction are character, plot, setting, theme, and style. In a previous post I added Originality to this list, especially when it comes to Fantasy Fiction. This time around I’d like to talk […]